Accessibility links
'Hope': A Comic Novel About The Holocaust? Shalom Auslander's Hope: A Tragedy takes on genocide, identity politics and Anne Frank (now elderly and squatting in a farmhouse in upstate New York) with grim humor and daring irreverence. 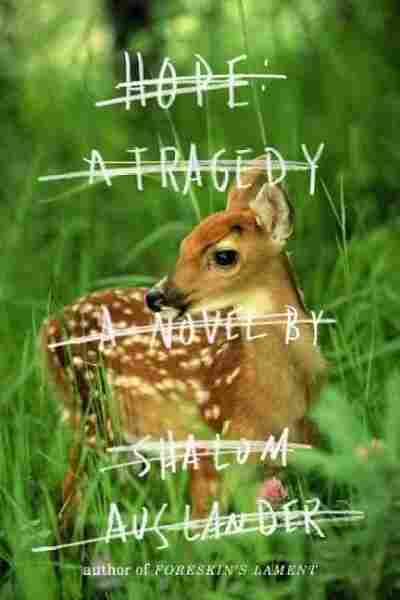 Years ago, when my daughter was a toddler, my husband and I were friendly with another couple who had a child the same age. The friendship came to an end when the wife of the couple let slip that her husband had dressed their daughter as JonBenet Ramsey for Halloween. "He has an offbeat sense of humor," the wife explained to me. That's one way to look at it. Or else, as I thought, maybe hubby's "humor" wasn't funny at all — just perversely detached from the horrific death of an actual 6-year-old.

I thought of that couple as I was reading the debut novel Hope: A Tragedy by Shalom Auslander, another guy with an "offbeat sense of humor." Except, the difference is that Auslander is funny — very funny. Consider the title of his memoir about growing up in a strict Orthodox household: Foreskin's Lament.

In Auslander's novel, a young man named Solomon Kugel relocates his family from the city to an old farmhouse in Stockton, N.Y. Kugel wants a fresh start, and Stockton is defiantly proud of being "famous for nothing." But Kugel's attempt to escape the burdens of the past is doomed from the moment he starts tracing the source of a mysterious tapping transmitted through the heat vents of his house. Climbing to the attic, he discovers none other than a very old and very nasty Anne Frank. She's hiding up there working on her novel, which, she tells Kugel, has to sell at least a well as her blockbuster diary. "I'm out of matzoh," Anne Frank growls. "I can't work without matzoh." 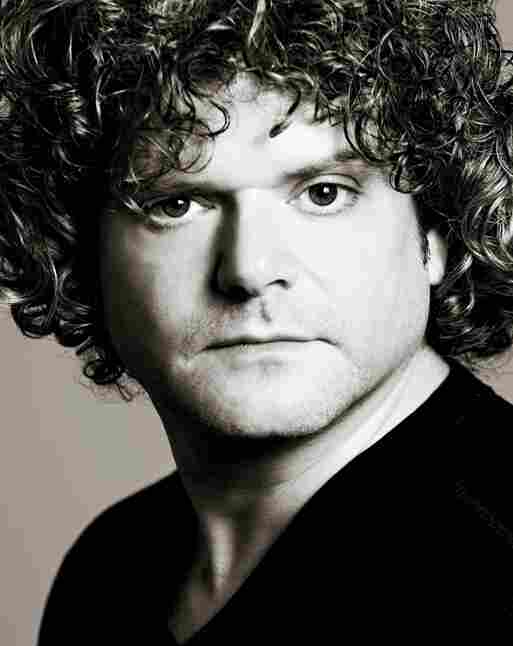 Shalom Auslander is also the author of the short story collection Beware of God and a memoir, Foreskin's Lament. He is a frequent contributor to This American Life. Franco Vogt/Courtesy Riverhead Books hide caption 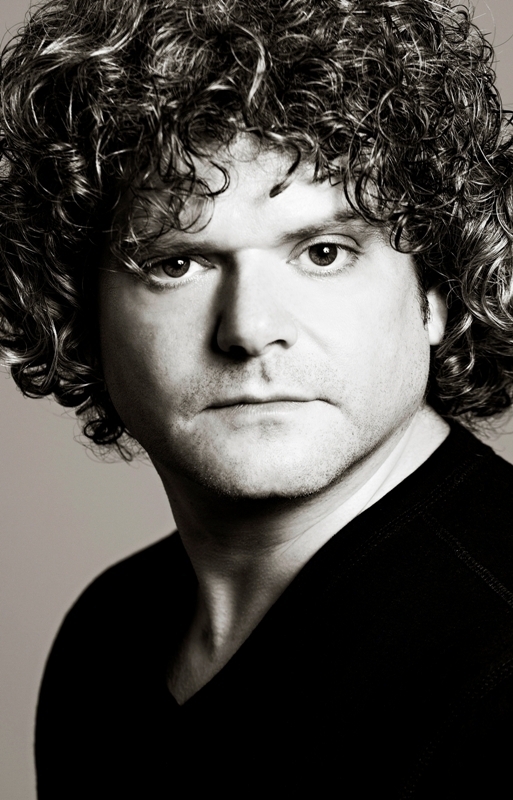 Shalom Auslander is also the author of the short story collection Beware of God and a memoir, Foreskin's Lament. He is a frequent contributor to This American Life.

As he surely intended, Auslander opens up a whole big can of slimy moral and aesthetic dilemmas in Hope: A Tragedy. Maybe plunking Anne Frank down in your novel — as, by the way, Philip Roth did in The Ghost Writer and, later, in Exit, Ghost — is excusable if there's a big enough point and if your writing is strong enough to carry it off. Maybe artistically appropriating Anne Frank — herself a brilliantly observant artist of her own tragic predicament — is not as creepy as dressing your child up to look like a little girl who, like Frank, was murdered. And maybe I have a headache because Auslander clearly wants to lampoon identity politics, as well as the acutely understandable Jewish sense of victimization, by sending up Anne Frank, aka, as she says here, "Miss Holocaust, 1945."

Auslander, of course, also benefits from the identity politics he makes fun of: It's impossible to imagine a non-Jew writing this novel, even as it's tricky enough, as a non-Jewish critic, to review it. If I like the book, I'm insensitive; if I say it's in bad taste, I'm falling into the guiltily pious attitude toward Frank that Auslander ridicules.

The quality of Auslander's writing is the easiest question to address: Hope: A Tragedy is a caustic comic tour de force. As Kugel wrestles with his Anne Frank problem (he considers getting rid of her by playing Wagner or hiring another Holocaust survivor like Elie Wiesel to evict her) he also contends with other annoyances: Kugel's marriage is strained by the presence of his dying-but-resilient elderly mother, who has nursed delusions of being a Holocaust survivor herself. She even once claimed that a lampshade (clearly labeled "Made in Taiwan") was Kugel's grandfather. Here's a riff on the consequences of that whopper:

If the intended effect ... was to make Kugel fearful of people, it had, in actuality, something of an opposite result; he came to fear inanimate objects. If the lamp shade could be his grandfather, was the sofa his cousin? Was the ottoman his aunt?

Auslander has said in interviews that he wanted to write a funny book about genocide — and he has succeeded. Whether or not you read it, however, will probably depend on whether you think some things and some people are just not funny; or, whether you think the immense consolations of art include finding laughter and ideas in some pretty grim places.

Read an excerpt of Hope