Accessibility links
Afghan Announcements Annoy U.S., Hurt Relations The U.S. relationship with Afghan President Hamid Karzai continues to worsen, after a series of announcements that appear designed to embarrass Washington. Karzai is angry that the U.S. appears to be bypassing him in key decisions and is eager to prove he isn't beholden to America. 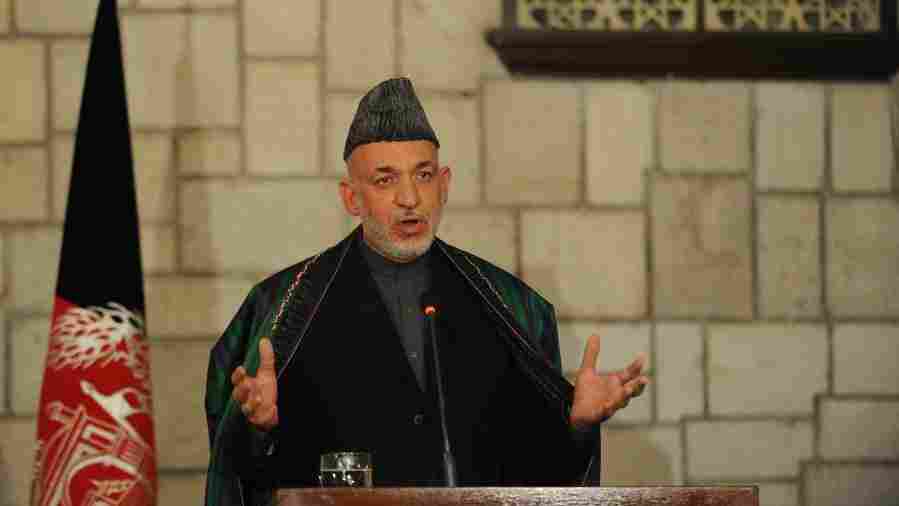 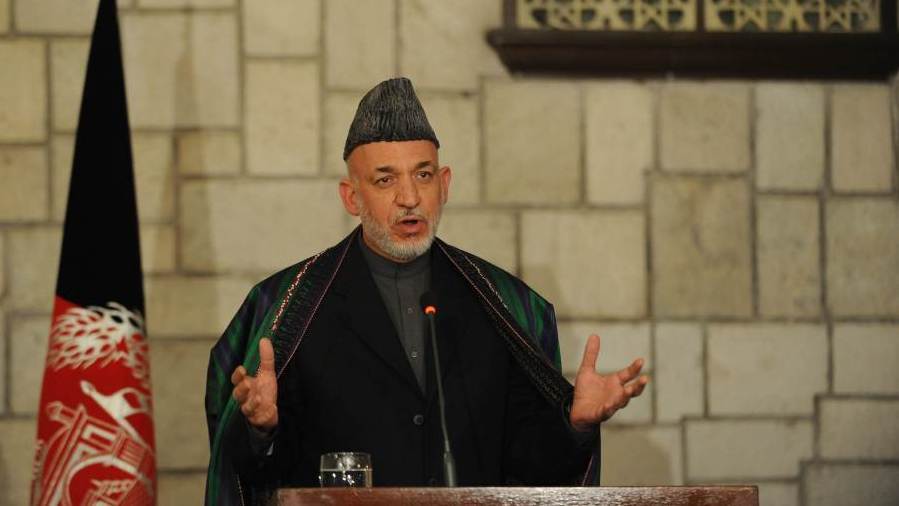 U.S.-Pakistan ties are virtually frozen. And now, relations between Afghan President Hamid Karzai and Washington are once again getting frosty.

Over the weekend Karzai surprised the Americans with the demand that the largest U.S.-run prison be turned over to Afghan control much sooner that planned.

It's the latest in a series of announcements by the Afghan government that sometimes appear designed to embarrass and annoy U.S. officials, as well as complicate American plans to withdraw troops from Afghanistan.

A special commission named by Karzai gave a news conference over the weekend at the Government Media and Information Center in Kabul. U.S. government donations built the multimillion-dollar facility, but it has become the venue for the Karzai administration's increasingly anti-American declarations.

Last month, Afghan officials there condemned Americans for causing civilian casualties in the war against the Taliban — without mentioning that 80 percent of such deaths are caused by insurgents, according to the United Nations. The U.S. Embassy pulled its team of advisers out of the media center the same day.

An Expression Of Anger

Most recently, the topic was prisons.

The Americans have up to now put all their eggs in the Karzai basket. And Karzai needs the Americans to survive; most Afghans don't think he'd survive a day without American forces and American money. ... In a way they're in bed together, and both partners irritate the other occasionally ... sort of like a dysfunctional marriage where neither side feels it can walk out.

Gul Rahman Qazi, head of the special commission, read a list of prisoners' complaints about ill treatment in the largest U.S.-run prison in Afghanistan. Americans say they're taking the allegations seriously, while U.N. monitors say conditions in the American prison are not nearly as bad as most Afghan facilities.

The prison had been slated for transfer to Afghan control this year, but Karzai has now demanded it be turned over this month. It's not clear whether that's possible, but the sudden announcement took the American Embassy by surprise. That was intentional, says Afghan political analyst Omar Sharifi.

Karzai is angry, Sharifi says, because he feels that the Americans are trying to bypass him on a number of issues — especially in efforts to start peace talks with the Taliban.

American officials have been meeting with Taliban figures over the past year, and last month they secured an offer from Qatar to open up a Taliban office, where preliminary negotiations can begin.

But the Taliban have for years ruled out talks with Karzai — whom they regard as illegitimate. When news of the Qatar office leaked, Karzai withdrew the Afghan ambassador in Qatar. A few days later Karzai relented, but observers say he is still feeling angry and out of the loop. Many recent announcements by Kabul have been in retaliation, says Sharifi.

But Karzai is also in the process of negotiating a strategic partnership deal with Washington, which may involve long-term U.S. military bases in Afghanistan. Karzai needs to show the Afghan public that he's not a yes man for the Americans, says Sharifi.

Karzai "wants to establish his credentials as a guy who is tough to negotiate [with], and also who is capable of delivering. Now, about the delivering part, we have to wait and see," Sharifi says.

Karzai's tough demands are popular with most Afghans, but it's dangerous for him to keep making them because he looks weak when the U.S. doesn't comply, according to Kate Clark, of the Afghanistan Analysts Network in Kabul.

"The Americans have up to now put all their eggs in the Karzai basket. And Karzai needs the Americans to survive; most Afghans don't think he'd survive a day without American forces and American money," Clark says.

"So in a way they're in bed together, and both partners irritate the other occasionally ... sort of like a dysfunctional marriage where neither side feels it can walk out," she says.

The American initiative for negotiations with the Taliban may be the first step outside that marriage, and Clark says Karzai is making clear his irritation — and his fear of being abandoned.