Accessibility links
Can Iran Close The World's Most Important Oil Route? Iran has threatened to close the Strait of Hormuz, the strategic waterway that handles 20 percent of the world's oil, in retaliation for a new round of sanctions. Experts say Iran has low-cost options, such as mines, to wreak havoc and potentially close the strait. 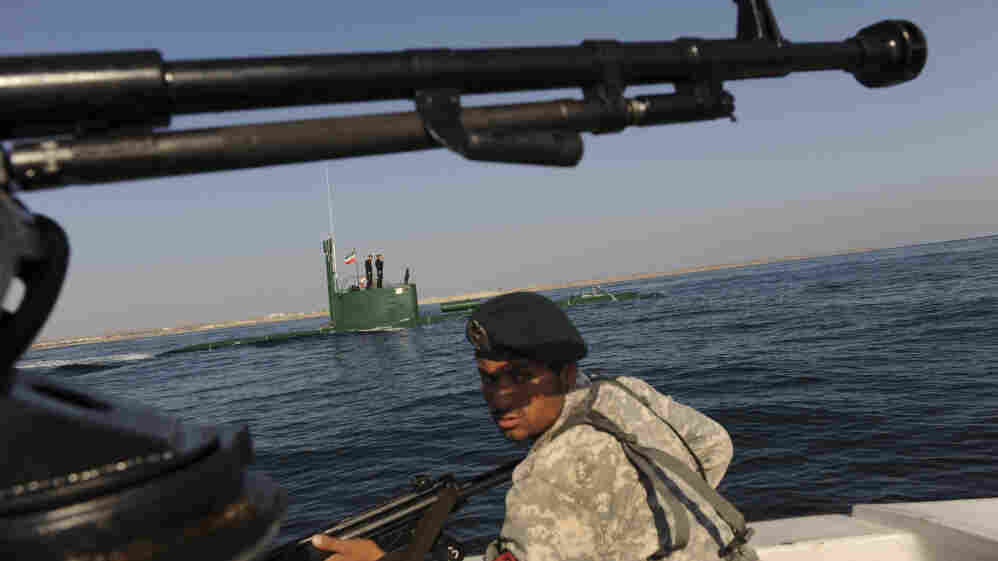 A member of Iran's navy participates in a drill on Dec. 28, 2011, in the Sea of Oman. Tehran is threatening to close the strategic Strait of Hormuz at the mouth of the Persian Gulf, in retaliation for new sanctions by the West. Ali Mohammadi/AP hide caption 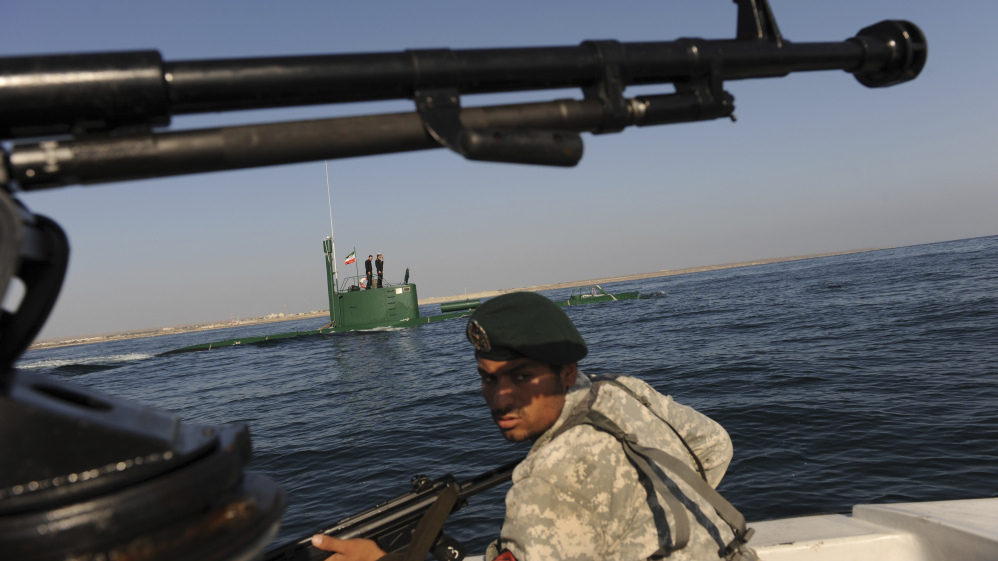 A member of Iran's navy participates in a drill on Dec. 28, 2011, in the Sea of Oman. Tehran is threatening to close the strategic Strait of Hormuz at the mouth of the Persian Gulf, in retaliation for new sanctions by the West.

As tensions rise between Iran and the West, Tehran has threatened to block the Strait of Hormuz, a transit route for one-fifth of the world's oil. Is it more than an empty threat?

"The simple answer is: Yes, they can block it," Gen. Martin Dempsey, chairman of the Joint Chiefs of Staff, said on CBS's Face the Nation on Jan. 8.

"They've invested in capabilities that for a short period of time block the Strait of Hormuz," he said.

Among those capabilities: laying mines.

"Mines are sort of a poor man's navy," says Michael Connell, who runs the Iranian studies program at the Center for Naval Analyses, a Washington think tank. "Anybody can buy mines."

But they are tricky, he adds.

And that means mines are a cheap and easy way to wreak havoc on — and even close — the strait, says Norman Polmar, who has written widely on U.S. and foreign navies.

Iran has never laid mines at the Strait of Hormuz, but it did place mines inside the Persian Gulf during its war with Iraq in the 1980s. A U.S. Navy ship was damaged. The U.S. responded by attacking Iranian aircraft and ships.

The U.S. has several options if Iran tried to close the Strait of Hormuz now.

"Laying mines is an act of war, so it would be up to our nation's leaders to determine how aggressive our response would be," says retired Adm. Tim Keating, who commanded the U.S. 5th Fleet in Bahrain during the run-up to the Iraq war.

He says the best way to defeat mines is to spot them.

"We'd likely know immediately, if not very shortly thereafter, which ships did it, where they're coming from, where they're going back to," Keating says.

"We've got dolphins. ... They are astounding in their ability to detect underwater objects," he says.

The U.S. Navy sent dolphins to the Persian Gulf as part of the American invasion force in Iraq. Keating confirms they were "present in the theater," but he declines to talk about whether the animals were used or not.

Mines might be the cheapest way for the Iranians to close the strait. Its ships and aircraft are no match for the American military might in the region.

These small boats have emerged as a key weapon for the Iranians. During war games, they have deployed dozens of them in the Persian Gulf, mounting mock attacks on target ships.

"Fifty of anything coming at you is a bit of a challenge," Keating says.

And last year there were reports that the Iranians upgraded the boats, possibly with better torpedoes.

Still, Iran may not have to sink a ship, or even close the Strait of Hormuz, to hurt the United States. Just by talking tough, Iran is driving up the cost of oil.