'The Divide': Civilization, Bottoming Out Fast

'The Divide': Civilization, Bottoming Out Fast 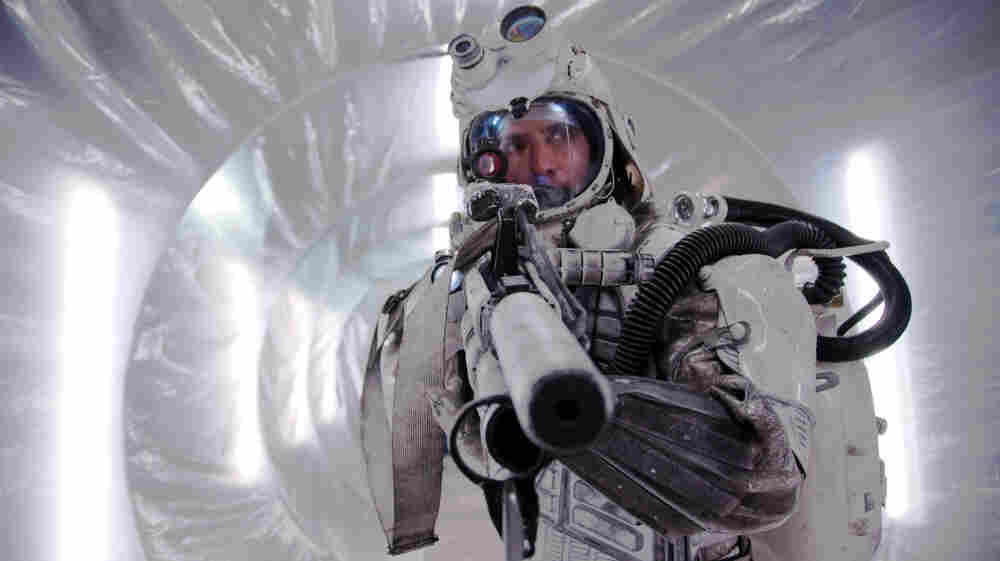 Suit Case: After taking refuge in a New York apartment building basement, Josh (Milo Ventimiglia) and other survivors of a massive attack combat threats from the outside — and their own spiraling paranoia. Anchor Bay Films hide caption

From 'The Divide' - 'Let There Be Light'

'Let There Be Light'

From 'The Divide' - 'Extreme Circumstances'

A dash of No Exit, a smidge of The Lord of the Flies and a whole mess of generic nastiness, The Divide imagines a post-Armageddon scenario in which the neighbors are more toxic than the radioactive fallout. These people go feral so fast that their circumstances barely seem to matter; they might have turned on each other merely if the building had lost HBO one evening.

The grim fable opens with a closeup of a woman's face, crying a single tear as she contemplates the end of civilization. The camera trains on Eva (Lauren German) not just because she's the prettiest of the lot; she's also A Survivor in a world where empathy and cooperation are quickly discarded in favor of unenlightened self-interest.

Eva is one of fewer than a dozen people who escape their collapsing Manhattan apartment building, taking refuge in its basement. This refuge is overseen by the Sept. 11-scarred super, Mickey (The Terminator's Michael Biehn), who's convinced the city has been hit once again by Islamist terrorists. (That may not be true, but the movie never offers an alternative theory.)

Mickey has stocked the cellar with weapons and food, which ought to make his guests feel a little better about their prospects. But they quickly turn on each other, and several of them seem only too eager to abandon sanity.

Mickey is supplanted by the two nastiest members of this mostly male crew, Josh (Milo Ventimiglia) and Bobby (Michael Eklund). They defeat Delvin (Courtney B. Vance), an older African-American man who seems to have experience that could be helpful. That leaves Adrien (Ashton Holmes), Josh's nicer half-brother; Sam (Ivan Gonzalez), Eva's ineffectual boyfriend; and Eva herself. She is woman, hear her roar — and wield an ax.

Except for two scenes in which a member of the subterranean crew ventures outside — and one in which a group of soldiers burst in — The Divide is set entirely in the multichambered basement. Director Xavier Gens gives the space the usual creepy-cellar vibe, with grimy details, claustrophobic camera angles and eerie lighting. (Why does the electricity still work? Sorry, that's also on the list of questions that cannot be answered.)

The basement piles up with body parts and corpses, becoming a most undesirable piece of New York real estate. But that can't explain what happens here, and even radiation sickness doesn't seem an adequate excuse. As the loosely aligned band of survivors turns into a pack of sociopathic loners, the only reasonable conclusion is that they were all pretty rotten to begin with.