Accessibility links
Court Ruling Reignites Debate Over Sharing Evidence Evidence-sharing lapses by prosecutors have led to the dismissals of other blockbuster government convictions, including the corruption case against former Sen. Ted Stevens. Will a Supreme Court ruling convince prosecutors to change their ways? 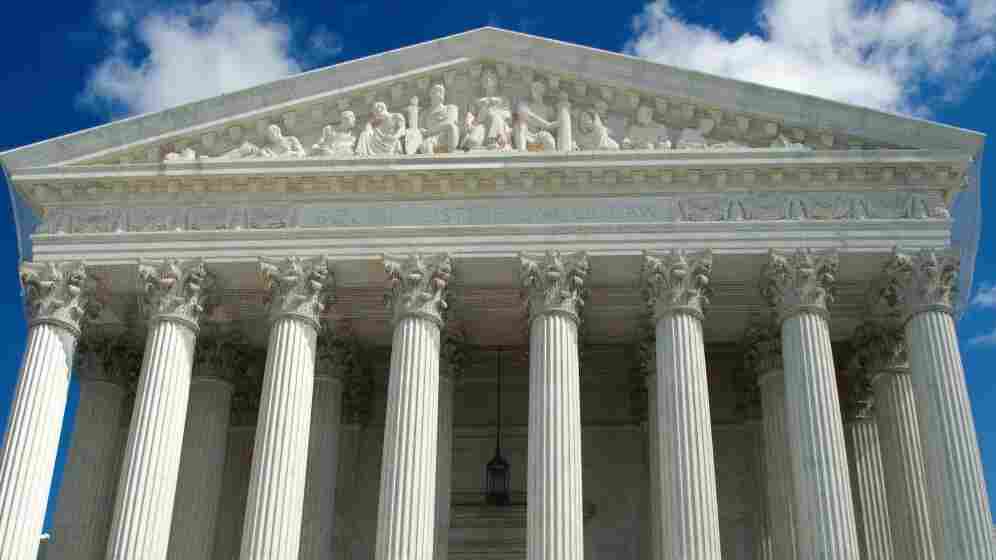 The U.S. Supreme Court ruled Jan. 10 in an 8-1 decision to overturn the murder conviction of a Louisiana man due to prosecutor misconduct. PAUL J. RICHARDS/AFP/Getty Images hide caption 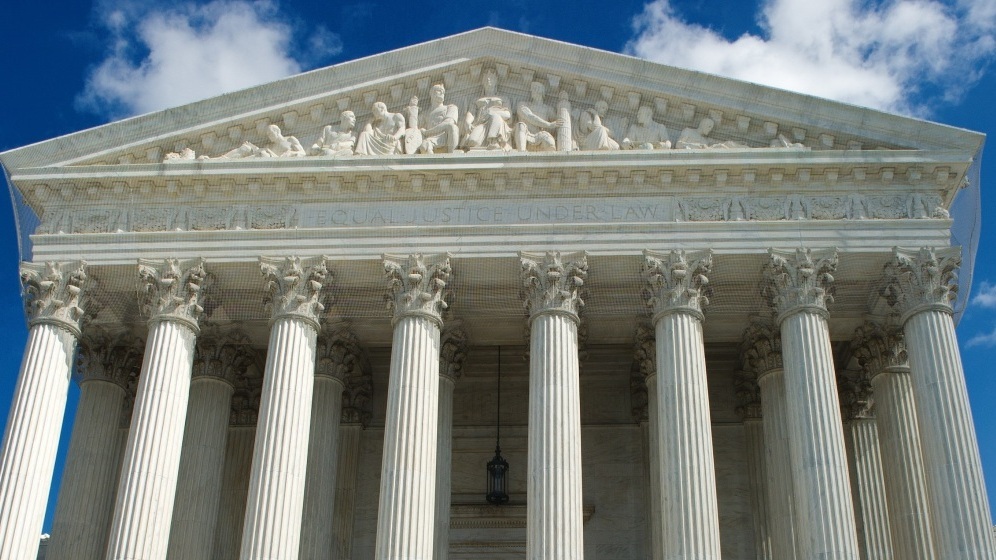 The U.S. Supreme Court ruled Jan. 10 in an 8-1 decision to overturn the murder conviction of a Louisiana man due to prosecutor misconduct.

It's not every day that eight justices on the U.S. Supreme Court throw their weight behind a defendant convicted of busting into a New Orleans home, demanding drugs and money at gunpoint and leaving five dead bodies on the ground.

But that's exactly what happened Tuesday in Washington, where nearly every member of the high court ruled that Juan Smith should get a new trial.

Justice Clarence Thomas was the only dissenter.

The case is bringing new attention to prosecutor misconduct and evidence-sharing lapses that led to the dismissals of other blockbuster convictions, including the corruption case against the late Alaska senator Ted Stevens.

"Our client Mr. Smith was convicted based solely on the testimony of a single eyewitness," said Kannon Shanmugam, a lawyer at the Williams & Connolly firm, who argued the case for Smith. "And the Supreme Court in essence said that in a case of that variety where there are contradictory statements by that eyewitness, there is a duty to disclose."

But the district attorney's office in Louisiana didn't disclose police notes taken after the attack, when the witness said he couldn't identify any of the perpetrators, even though the same witness told a jury four months later that he was confident the man he saw in the house was Juan Smith.

That ran afoul of a 1963 holding by the Supreme Court, in a case known as Brady v. Maryland. The Brady case has come to stand for something big in criminal law — that prosecutors are obliged to turn over any favorable evidence that could help the defense.

"There is a broad recognition, which dates almost to the founding of the Justice Department, that prosecutors in criminal cases have an obligation not simply to see that individuals are convicted but that justice is done," said Shanmugam.

But there are more than 13 cases involving Brady violations by the district attorney's office in New Orleans alone.

Not to mention the high-profile debacle at the Justice Department, which walked away from the corruption conviction of the late Sen. Ted Stevens in 2009 because prosecutors had failed to turn over evidence about inconsistencies with the account of their star witness, Alaska businessman Bill Allen.

"In the run-of-the-mill case, it's very hard to know that you didn't get something," said Washington defense attorney Barry Pollack. "And so I certainly believe from my experience the cases we're reading about are just the tip of the iceberg, and there are many more violations that the courts and the public never learn about."

Former prosecutors like Peter Zeidenberg say deciding what to share with the defense before a criminal trial can be a tricky process.

"It's just an inherently difficult decision for a prosecutor to make because you're inherently biased," Zeidenberg said. "You believe this defendant you're prosecuting is guilty, or else you wouldn't be doing it."

Ever since the Ted Stevens fiasco, there have been a lot of nervous people in the Justice Department — all worried about the consequences of making a bad decision.

If you think about the way the system works, it's like you're playing a game of poker, but in this particular casino the person dealing the cards gets to look at them first and decide which cards to give you.

The DOJ lawyers who prosecuted Stevens became the subject of a criminal investigation. Although the special prosecutor in the case did not pursue criminal charges against the federal lawyers, a blistering report could emerge as early as this month.

Brandon Garrett, a law professor at the University of Virginia who studies wrongful convictions, says prosecutors should just open their files — all of their files — before a trial.

"Forget about suing prosecutors later, or overturning convictions based on misconduct; we want there to be full exchange of information from the beginning so that errors never happen in the first place," Garrett said.

"You'd hope that the lesson would be from cases like this, where you have old murder convictions overturned, that it's better to get things right in the first place by adopting open file policies."

Lawyers for Smith say there's an irony in his case.

Most defendants in state court proceedings don't get the right to a lawyer after they've been convicted. But because Smith faced the death penalty for another crime, he was entitled to a lot of free legal help — help that uncovered the missing police files that cast doubt on the witness against him.

Smith's attorneys are also challenging his conviction in a second case.

"If you think about the way the system works, it's like you're playing a game of poker, but in this particular casino the person dealing the cards gets to look at them first and decide which cards to give you," said Pollack.

As for the district attorney in Louisiana, he says he'll press his luck and try Smith all over again for the murders.