Accessibility links
Eddie George Trades Touchdowns For Togas The Heisman Trophy-winning football player has moved from the field to the stage. He's pursuing an acting career and plays the title role in Julius Caesar at the Nashville Shakespeare Festival. 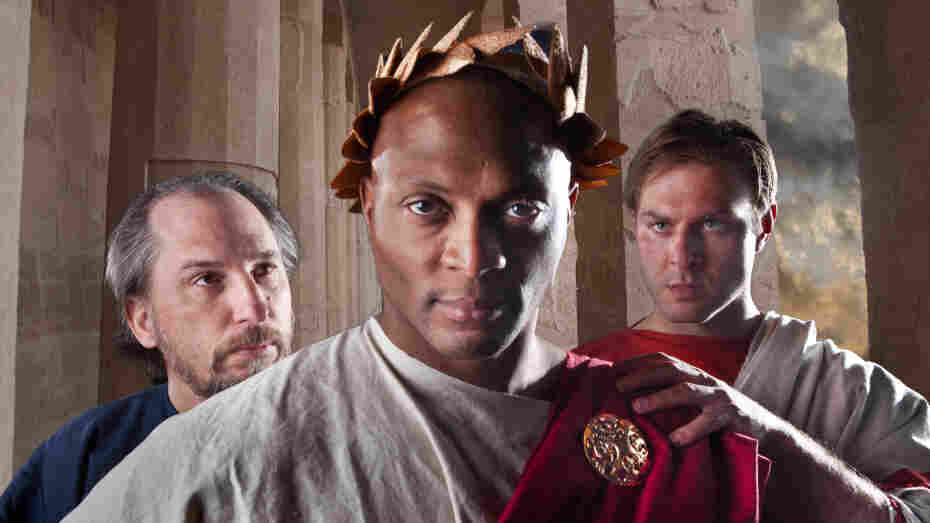 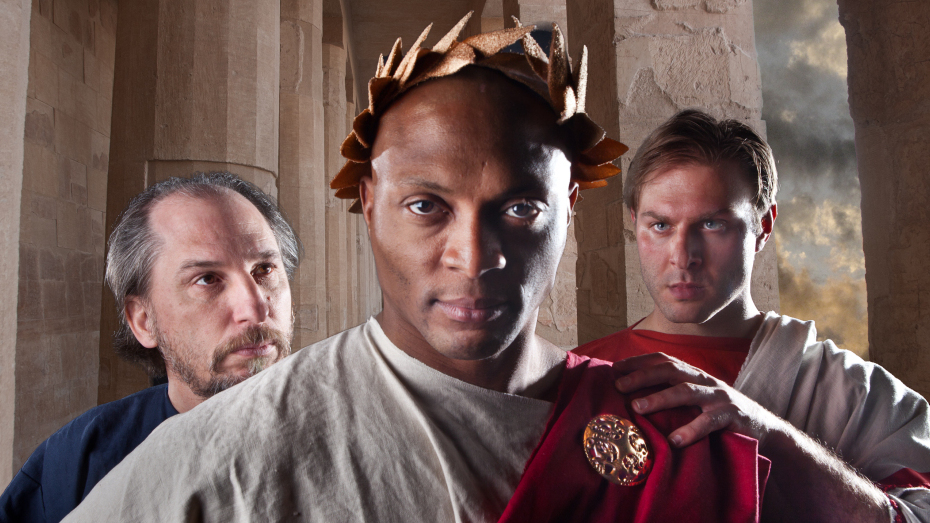 Jim Brown, Dennis Rodman and O.J. Simpson are all former professional athletes who've tried their hand at acting. Showbiz might seem like a natural path for guys with big egos and million-watt personalities, but Eddie George is a former NFL player who's taken a different path to the limelight.

The scene where Marcus Brutus kills Caesar is probably the most famous death scene in all of theater. It's where those famous words, "Et tu, Brute?" are uttered.

Despite his early demise, Caesar is a plum role for the former Tennessee Titans' running back.

"I was not put on this earth strictly to be a football player and then that's it, dwindle away," he says. "I have aspirations of being an artist, entertainer and actor, and I'm working hard toward that."

Rehearsing The Role Of An Actor

George worked hard for eight seasons with the Titans. He never missed a start, and he played in the Super Bowl. But when he left football, George wanted to try acting — so he set out for Hollywood.

George says it was a disaster. He didn't know what he was doing, so he came back to Nashville and sought out an acting coach.

"He took me through a boot camp of improv work, of cold readings, of scene study, of character analysis — of all of that," George says. "So I really have a gist of what I was doing, a landscape of the theater."

Now, equipped with some performing tools, George has landed some bit parts in a few films and acted in some plays. But he's still a hero to Titans fans, tens of thousands of whom watched him play.

Denice Hicks of the Nashville Shakespeare Festival knows some of those fans will come out to see Julius Caesar because of him, but, she says, "he's a really strong actor — really, really strong."

"And," she says, he has "a charismatic stage presence. There is no other actor who could play Caesar the way he could."

From The Field To The Stage

George's Caesar sports a bald head and a toga. He looks confident without being cocky. While he's relaxed and soft-spoken offstage, onstage, his voice booms.

Audience member Sherry Lawler isn't a football fan, but she says George has a stage presence that's reminiscent of a famous actor in an iconic role.

"He reminds me of Yul Brynner in The King and I," she says.

He says he hopes this production of Julius Caesar will lead to more opportunities to hone his acting chops.

"This is not like, 'Hey, this is cool. I'll put this on my bucket list. I did a Shakespearean piece,' " George says. "This is something I've worked hard at, that I'm working hard at, and this is just the next thing that presented itself that I have an opportunity to do."