Accessibility links
Teen Girls, Mean Girls: A Tale Of Karmic Revenge Margaret Atwood's novel Cat's Eye is as philosophical as it is emotional, as poetic as it is psychological. Its story of an abusive friendship helped author Margaux Fragoso to recover from a relationship with a toxic frenemy. 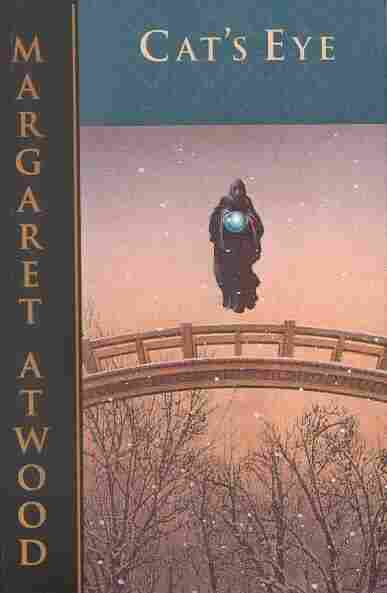 Margaux Fragoso is the author of Tiger, Tiger, a memoir.

Anyone familiar with upstate New York knows its formidable ice-greased winters, where the backs of your thighs sear and chap, and your teeth clatter like rickety marionettes. But the first time I saw my soon-to-be best friend, she wore only a flimsy poncho, short skirt, no pantyhose and, most amazingly, open-toed shoes.

Both in our early 20s, enrolled at the same university as grad students, we spent years synchronizing our tastes. She tattooed her arm in the exact same spot as mine. I began to sport cleavage just like her. She dyed her hair dark; I highlighted mine. But what began in enchantment eventually ended in disillusionment. She'd inform me of people who didn't "like" me and spared me none of the snarky put-downs supposedly said behind my back by a mutual friend. I'll never know if those comments were true — only that they wounded me.

In the wake of this friendship's demise, another friend recommended Margaret Atwood's Cat's Eye. "Very few books explore female friendship at this level of intensity," she said. "It will help you."

I devoured it within two sleepless nights. Then I read it again, slowly, this time to savor it.

And there is so much to savor in Cat's Eye's lushly imagined landscape where sorrow and beauty merge. This novel is as philosophical as it is emotional, as poetic as it is psychological. It's the story of Elaine and her best friend Cordelia, a histrionic, well-to-do girl who puts a defiant blond streak in her hair and refers to her mother as "Mummy." Although she's only 9, Cordelia plays vicious emotional mind games and conducts rituals that resemble hazing — like telling Elaine to stand out in the freezing cold for hours. Like a surgeon going straight for the valves instead of the heartstrings, Atwood expertly conjures how doubly disorienting and painful it is when the proverbial mean girl also happens to be your best friend:

"With enemies, you can feel hatred, and anger. But Cordelia is my friend. She likes me, she wants to help me. ... With hatred I would have known what to do. Hatred is clear, metallic, one-handed, unwavering; unlike love." 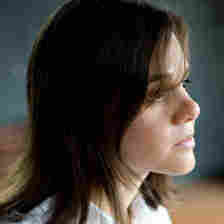 Reading Cat's Eye reminded me of Philip Wingate's classic poem "Two Little Maids," for each of us, at one time or another, "in sweet dreams of childhood, we hear the cry: You can't play in our yard" and feel the pain of those ancient exiles.

One of Cat's Eye's most superbly crafted twists is that Cordelia and Elaine eventually swap roles, with Elaine becoming the dominant friend and the once omnipresent-seeming Cordelia the girl you can't help but pity. Elaine gets even by subtly teasing Cordelia throughout their teens and then finally abandoning the now viscerally unstable young woman when she most needs a friend. But Elaine's revenge fails to liberate her from her overwhelming sense of trauma and alienation.

By the book's end, Elaine mourns "not something that's gone, but something that will never happen." She wishes she and Cordelia could have had a healthy, lifelong bond like a pair of elderly girlfriends she spots on a plane: "two old women giggling over tea."

Cat's Eye helped me move on from a friendship that had become toxic while, more importantly, assuring me that, like Elaine, I had every right to wish it could've turned out differently.