Accessibility links
When Pardons Become Political Dynamite It's not uncommon for an outgoing governor or president to issue pardons at the end of his final term in office. But legal experts say that what former Mississippi Gov. Haley Barbour did contributes to a public perception that justice can be short-circuited. 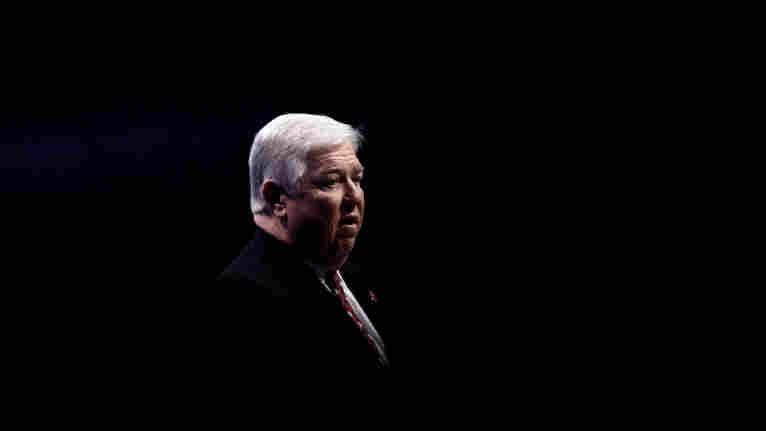 Gov. Haley Barbour said in a statement that his decision to grant clemency was based upon the recommendation of the Mississippi's Parole Board in more than 90 percent of the cases. Brendan Smialowski/Getty Images hide caption

The power of the pardon can redress an overly harsh sentence or a wrongful conviction. It can also prove to be a political land mine.

Exhibit A: Outgoing Mississippi Gov. Haley Barbour's sweeping 11th-hour orders granting clemency to more than 200 people, ranging from convicted murderers to the brother of NFL great Brett Favre, who had his record cleared in connection with a 1997 conviction on manslaughter charges.

The pardons were intended to allow them to find gainful employment or acquire professional licenses as well as hunt and vote.

It's not uncommon for an outgoing governor or president to issue pardons at the end of his final term in office. What makes Barbour's case so unusual is that he issued barely a handful of pardons as governor and then on his last day on the job "dump[ed] all these at the end," says P.S. Ruckman, a political science professor at Rock Valley College in Illinois who has written two books on executive clemency.

"It's too bad the way he's done this," Ruckman says, "It just casts a shadow over the whole process."

The typical pardon has "zero controversy," he says. In most states, it's standard procedure for parole boards to study applications, review cases and then make a recommendation for clemency to the governor. And in most cases, the governor follows the board's recommendation.

"If you're stingy with the pardons, though, and then you suddenly pardon celebrities and supporters, that doesn't look good," he says.

Who Has The Power To Grant Clemency? *Governor may be member of the executive board

The four convicted murderers pardoned by Barbour had worked at the governor's mansion as part of a prison trusty program. Those pardons, along with several others, have been blocked by a judge because they may have violated Mississippi's Constitution.

On Friday, Barbour said he was "very comfortable" with his decision to grant the pardons. In an Associated Press interview, Barbour said it's a tradition in Mississippi for governors to free the trusties who worked at the governor's mansion. He said corrections officials pick those people, who are usually men convicted of crimes of passion.

Barbour added that he's "fully confident the pardons and other clemency I have given are all valid."

Joshua Kleinfeld, a professor at Northwestern University School of Law, agrees that Barbour's move is unusual and that it contributes to a public perception that justice is sometimes short-circuited.

A prominent exception, he says, is the extraordinary commutation of more than 150 death sentences by outgoing Illinois Gov. George Ryan in 2003. Following an investigation into a wrongful death penalty conviction by Northwestern law students, Ryan made an executive decision that there was a fundamental flaw in the system.

"It looked like people who are sentenced to death may in fact be innocent," Kleinfeld says.

In contrast to Barbour, Mike Beebe in neighboring Arkansas has granted pardons throughout his time in office. That gives the process more credibility, so when Beebe issues a pardon, "it doesn't appear to have been done under cover of darkness," Ruckman says 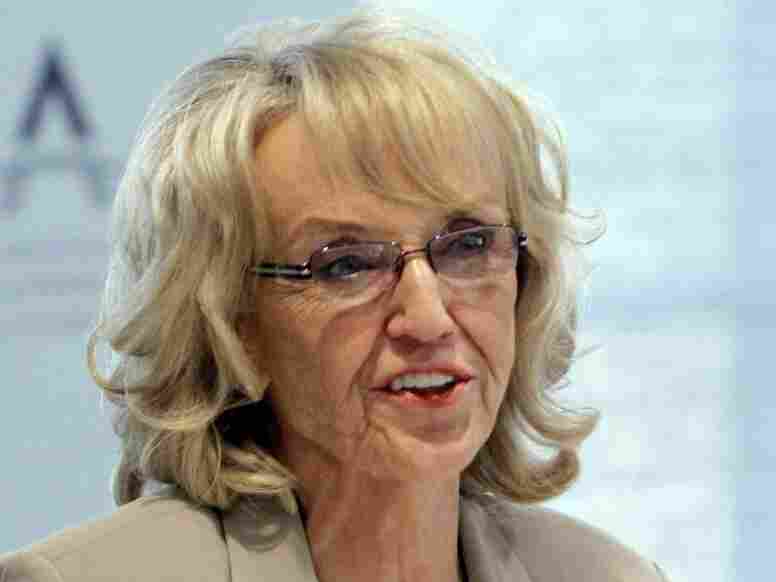 Some governors can be cautious to the extreme.

Ruckman points to Arizona Gov. Jan Brewer's refusal to pardon 75-year-old inmate Bill Macumber despite the unanimous recommendation of the State Board of Executive Clemency. Several legal experts have said Macumber may be innocent in the 1962 murder of a young couple in the desert near Scottsdale.

"The manner in which Brewer behaved in this case was despicable — delaying press inquiries, refusing to provide anything like a substantive answer, and then speaking only through spokespersons," says Ruckman. He adds: "I think it is a perfect, sad example of how a governor should follow the recommendation of parole and pardon boards, and what happens when they do not."

Pardons can come back to haunt the governor who issues them, especially those who have aspirations for higher office, says David Adkins, executive director of the Council of State Governments.

Case in point: Mike Huckabee, the former presidential candidate who was Beebe's predecessor in the Arkansas executive mansion. Twice, Huckabee pardoned convicts who went on to commit other violent crimes.

In 2000, on the recommendation of the Arkansas Parole Board, Huckabee pardoned Maurice Clemmons, who had been sentenced at age 18 to 108 years for a slew of felonies. Nine years after his release, Clemmons gunned down four police officers in Seattle before he was killed.

Former Minnesota Gov. Tim Pawlenty, who also had White House aspirations, was stung by a pardon he issued in 2008. Jeremy Geifer had been convicted of statutory rape involving a 14-year-old girl whom he later married. In 2010, however, Geifer was accused of assaulting another underage girl.

The Consequences Of Blowback

A pardon in California generated so much controversy that the state Legislature passed a law in August to tighten the requirements on governors exercising executive clemency.

In his final days as governor, Arnold Schwarzenegger ordered a reduced prison sentence for the son of former California Assembly Speaker Fabian Nunez. Esteban Nunez had his sentence cut from 16 years to seven for a fatal stabbing.

Fabian Nunez had been a political ally of Schwarzenegger's, and the clemency order "kind of stunk," Ruckman says. "I don't think he had a very strong argument for pardoning him, but the way he did it just undermined any chance he had in convincing people it was legitimate."

Such blowback is why governors tend to be very careful about when and how they exercise executive clemency — and why many governors issue the majority of their pardons at the end of their term in office.

"There tends to be less political scrutiny then," Adkins says. "In many cases, they truly are the last papers signed as the governor heads out the door to watch the swearing in of their successor."

Even so, President Bill Clinton's last-minute pardon of fugitive financier Marc Rich, whose wife was a major contributor to the Democratic Party, sparked a closer watch of presidents' and governors' use of executive clemency — especially when it takes place during their last days in office.