Accessibility links
Recall Supporters Confident, But Wis. GOP Has Sway Democrats plan to turn in petitions by the truckload to try to force a recall election of Gov. Scott Walker, an effort that follows the governor's move to strip public workers of union bargaining rights. But the petitions will then be scrutinized for months, particularly by lawyers for Walker's campaign. 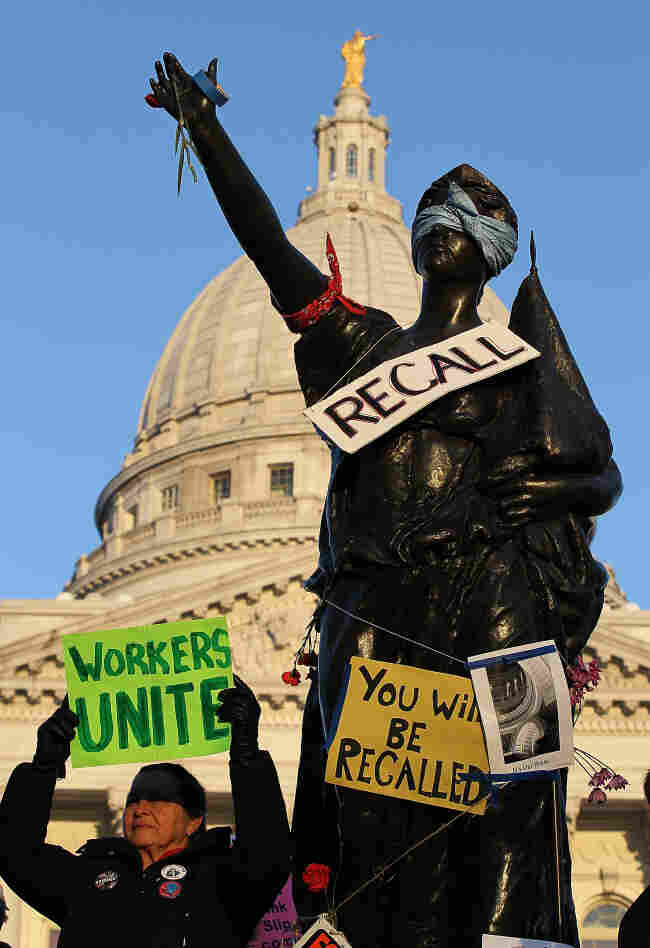 A sign to recall Wisconsin Gov. Scott Walker hangs on a statue in front of the Wisconsin State Capitol in Madison last March. The recall petition drive began in November, and Democrats will turn in signatures Tuesday. Justin Sullivan/Getty Images hide caption 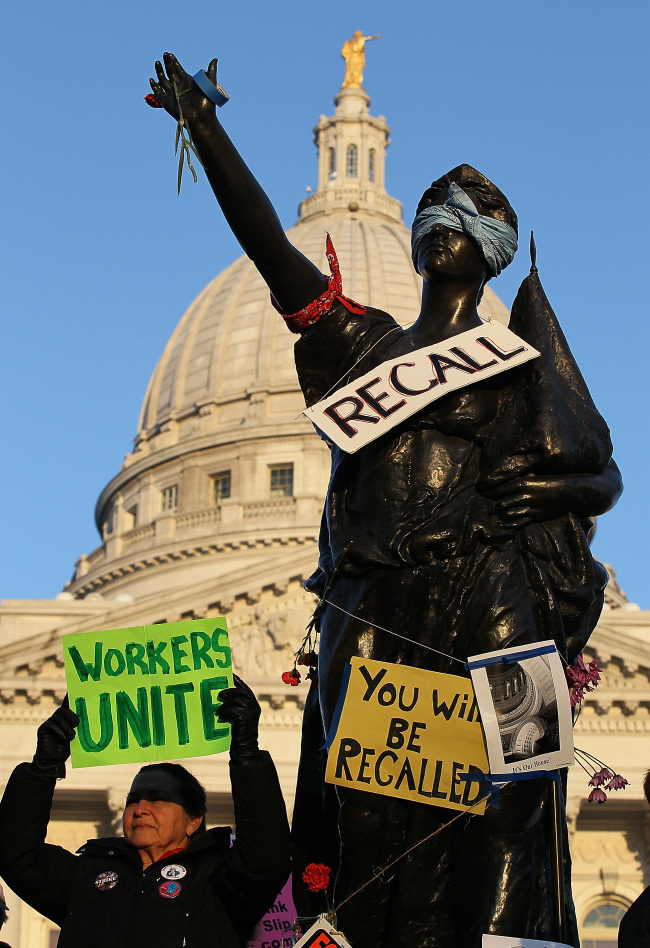 A sign to recall Wisconsin Gov. Scott Walker hangs on a statue in front of the Wisconsin State Capitol in Madison last March. The recall petition drive began in November, and Democrats will turn in signatures Tuesday.

There's a downside to starting a two-month recall petition drive in mid-November in Wisconsin. Sometimes it snows. A lot.

On Tuesday, Democrats plan to turn in petitions by the truckload to try to force a recall election of Gov. Scott Walker. The effort follows the governor's move last year to strip public workers of union bargaining rights.

A heavy snowstorm late this week had most Wisconsin residents more occupied with shoveling than with knocking on doors. Recall petition circulators in the heavily Democratic city of Madison, for the most part, disappeared.

But that's partly because Democrats say the effort is all but over. They have no doubt they'll turn in more than enough signatures to force a recall election.

The Broader Significance Of Signatures

If he's right, it means Democrats would blow past the required 540,000 signatures needed to force a recall.

University of Wisconsin-Milwaukee political science professor Mordecai Lee says it's an impressive number, given the high threshold needed to force a recall in Wisconsin. Petitioners have to get signatures from 25 percent of everyone who cast a vote in the last race for governor.

Lee says it shows this has become more than just a fight over the governor's collective bargaining law.

Indeed, Walker provokes strong opinions in Wisconsin residents. His supporters would all but go to war for him, but his hard-line stands have galvanized his opponents. Walker is more conservative than any other governor in Wisconsin's modern history — a fact Democrats say he hid during his feel-good campaign in 2010. 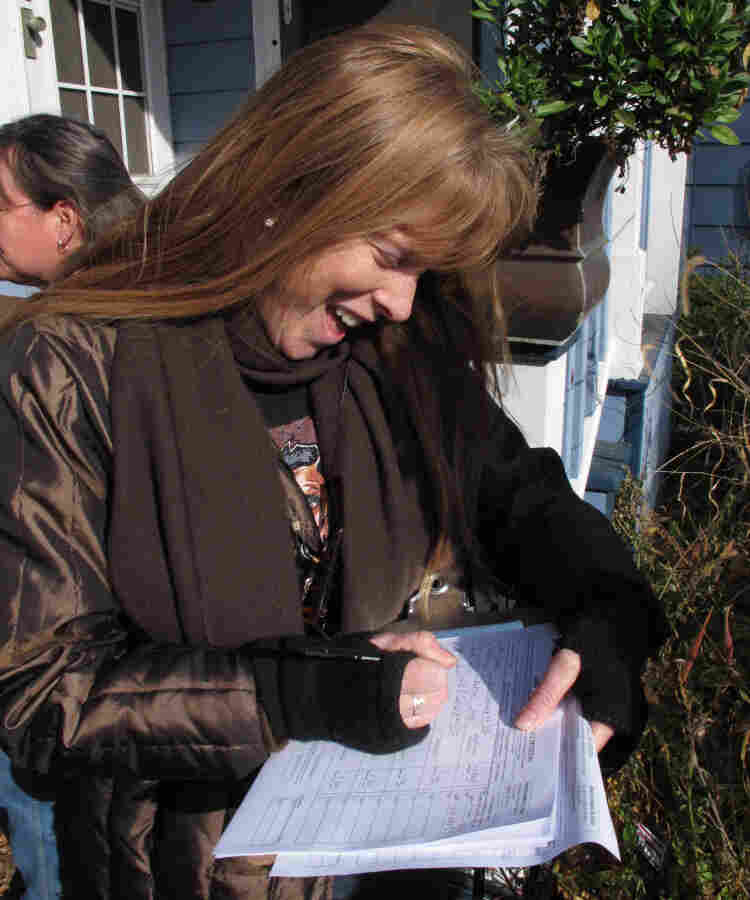 Republicans' Power In The Matter

Just because the signatures are being turned in doesn't mean Wisconsin is about to have an election. Far from it. These petitions will now be scrutinized for months, particularly by lawyers for Walker's campaign. Lee says they can decide when to bring challenges in court and when to drop them.

"I think we have to realize that, in a sense, Gov. Walker gets to decide when the election will take place," he says.

A second challenge could be on its way from Republican Senate Majority Leader Scott Fitzgerald. He argues that because of where holidays and weekends fall, recall organizers are getting an extra day to circulate petitions.

"If I were to fight this in court, what I would say is, 'Your honor, either the first day I'm contesting needs to go or the last day, ' " Fitzgerald says.

He and three other Republican senators could face recalls along with the governor. So could Wisconsin Lt. Gov. Rebecca Kleefisch.

As long as the recall remains in court, Wisconsin's usual limits on campaign donations don't apply to the governor. That's allowed Walker to capitalize on his newfound celebrity, headlining recent events in Washington, D.C., California and Texas. One Texas donor gave Walker a $250,000, and the governor is a bit coy about how much he'll raise.

"We'll spend our money getting the message out, but we wouldn't have to spend a penny of that if there weren't recalls," he says.

As of right now, there are no Democratic gubernatorial candidates. Though several Democrats have expressed an interest in running, nobody has formally announced. The very earliest any recall election could be held is in the spring.