Accessibility links
Corner Perk Cafe's Customers Pay It Forward Josh Cooke is the owner of Corner Perk Cafe in the small community of Bluffton, South Carolina. It was was an ordinary cafe until one costumer's act of generosity made this little go-to spot an inspiring story of how far kindness can go if you decide to pay it forward. 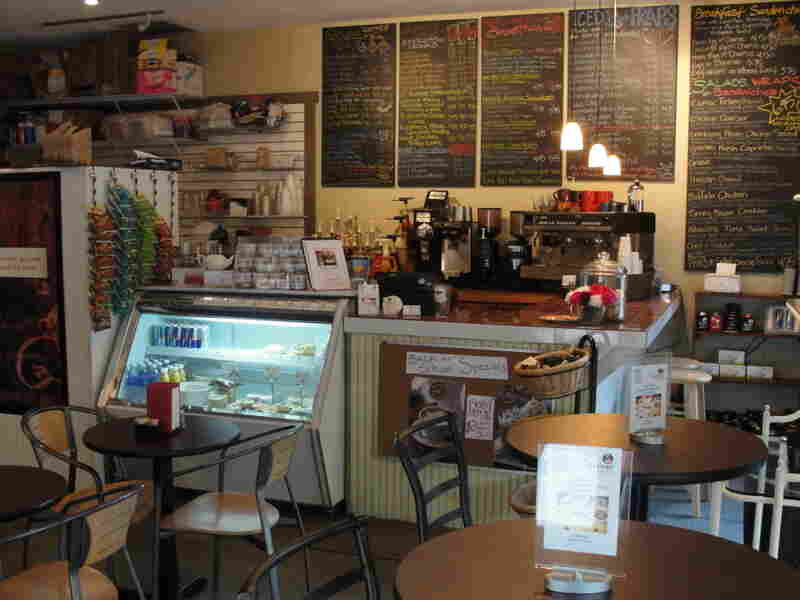 At first glance, the Corner Perk Cafe in Bluffton, South Carolina seems like a regular neighborhood cafe, but in 2010, a customer's spontaneous act set it apart.

Thirty-year-old Josh Cooke, the owner of the Corner Perk describes when a woman came in one day and left a large bill.

"She comes in and says, 'Here's a $100, I just want to leave this for the next so and so people that come in and get drinks just to let them know, you know, that somebody was wanting them to have a great day and just to let them know to pay it forward," Cooke tells weekends on All Things Considered host Guy Raz.

"I had to constantly tell them, 'No, you know, the cash is sitting right here on the counter," Cooke says. "Somebody literally walked in and left money to pay for your coffee."

Since then, the anonymous customer has donated seven to eight more times in the past two years. On December 29th, Josh posted the news of her most recent visit on his Facebook page and word spread quickly in the small community and others began to do the same.

The most recent act of generosity happened a week ago and Josh hopes that it won't be the last.

"We just want people to continue to pay it forward in any way — whether that's helping somebody with their electric bill or you know, filling up somebody's car
with gas," Cooke says. "It's really nice to have a kind thought or you know, some sort of gesture to let people know that they're going to be okay."