Accessibility links
Movie Review - 'A Separation' Of Hearts, Minds And Ideas In Iran The Iranian film A Separation won the Golden Globe for Best Foreign Language Film on Sunday. Critic John Powers says the remarkable film takes viewers inside a country that is far more complicated and fascinating than news headlines indicate. 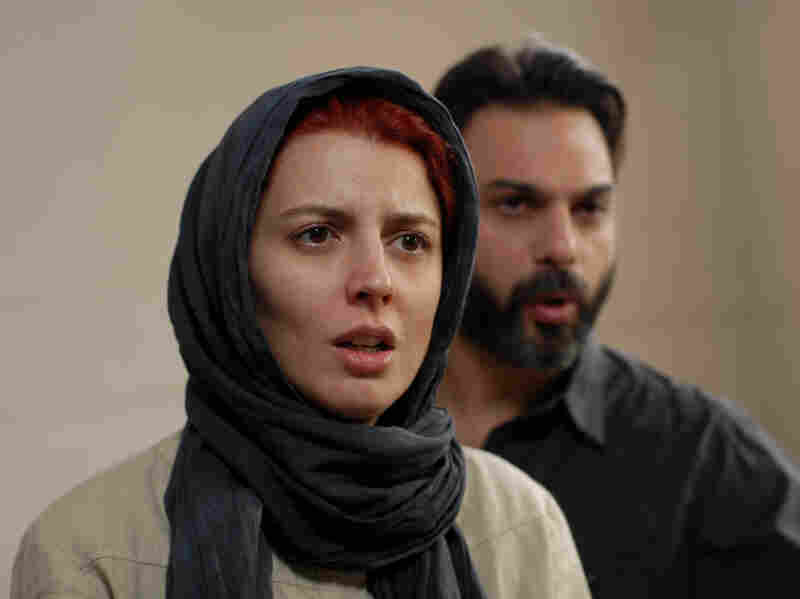 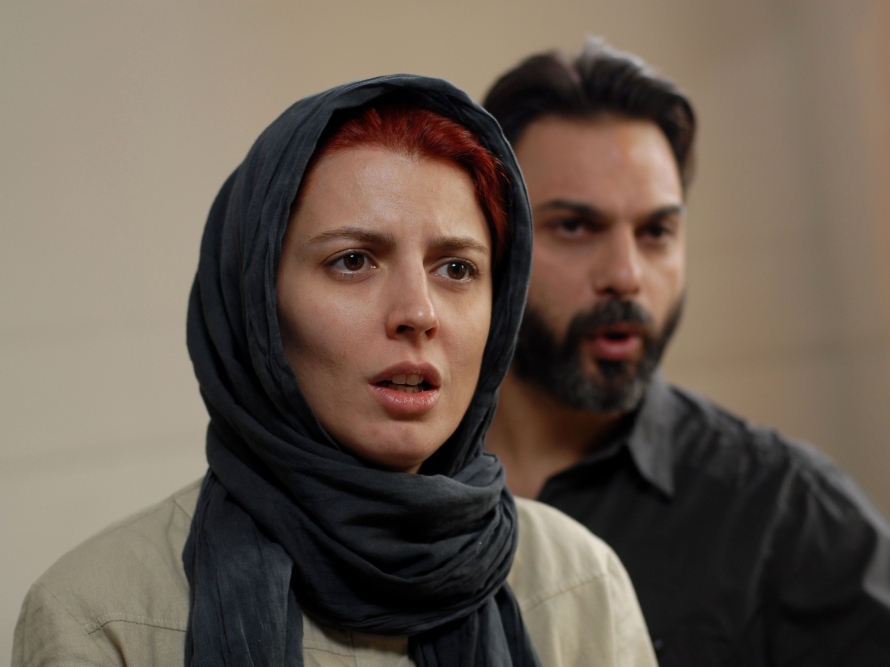 Simin (Leila Hatami) and Nader (Peyman Moadi) are at odds first about whether to leave Iran for life abroad — and then about more pressing issues.

In Farsi with subtitles

Over the past 30-odd years, we've grown used to thinking of Iran and the United States as enemies — from the Ayatollah Khomeini dubbing America "The Great Satan" to the dispute over Iran's nuclear program, which has led President Obama to spearhead international sanctions and some of his Republican rivals to talk of bombing Iran.

It's beyond my pay grade to say what all this means in geopolitical terms. But I do know that such enmity has had one obvious cultural consequence: It has stopped most Americans from seeing, or even wanting to see, Iranian movies. That's too bad, for over the past quarter-century, Iran has produced some of the best and most artful filmmakers anywhere. They take us inside the Iran we almost never see, the country as it's actually lived day to day.

No Iranian film has done this more accessibly than A Separation. Written and directed by Asghar Farhadi, this domestic drama is smart, beautifully acted and astonishingly gripping — it grabs you like a crackerjack thriller. I'm not kidding when I say that it's better than any of the Hollywood films being touted for the Oscar.

The story begins with a woman, Simin, played by the ravishing Leila Hatami, trying to convince a magistrate to let her divorce her husband, Nader, played with superb prickliness by Peyman Moadi. You see, Nader refuses to emigrate with her and their teenage daughter, Termeh, who is played by the director's real-life daughter. Nader won't leave Iran because he insists on staying to take care of his aging, senile father.

While this may sound like a routine divorce picture — you know, Kramer vs. Kramer Goes to Tehran — Farhadi quickly spins things off in unexpected directions. The upper-middle-class Nader hires a devout working-class woman, Razieh, to look after his father. But Razieh hasn't asked her hotheaded traditionalist husband, Houjat, for permission to take the job. Soon there's a scuffle, the authorities get involved, and through a series of clever, revealing plot twists that I won't spoil for you, we start seeing everyone in a whole new light.

If you look carefully at the film's architecture, you can see a metaphor for today's Iran. You see how Nader and Simin's life is dominated by the needs of an imperious old man who is hopelessly out of touch — just like those aging mullahs. You see how Simin and Nader's story is emblematic of changing ideas of men and women: She wants to get away from the old patriarchal way, with all its kowtowing and lies, while he, though sensitive and decent, is grappling with the loss of male prerogative. And in Nader's bitter dispute with Razieh and Houjat, you see a clash that, in both class and religious terms, echoes our own culture wars between the so-called blue and red states. This is a country brimming with all manner of separations.

Yet what makes the movie so good is that Farhadi never makes you feel as though you're watching a sociological tract. You're watching living, breathing characters who, just like real people, turn out to be far more complicated than you first think they are. Nobody is a villain. Everybody has their reasons. The devout, downtrodden Razieh has secrets up her sleeve; the angry Houjat is actually a decent man; Simin does love her husband, while he adores their daughter, Termeh — and craves her respect. In fact, it's the watchful Termeh — like all the young of Iran — who will pass the final verdict on who's right and who's wrong.

A Separation is a movie that keeps expanding, like one of those paper pellets that, when you drop it in water, blossoms into a flower. In the process, Farhadi turns the story of one couple's collapsing marriage into a vision of an entire society. We see its tyrannies and fanaticisms, its explosions of violence and small moments of tenderness, its bullheaded men who refuse to lose even if it means lying, and women who believe in telling the truth, but not always.