A classic French onion soup is not complete without its crown of bread and gratineed cheese. This method has the onions slow-cook in the oven, which, while time intensive, requires little effort. The onions cook throughout the afternoon, and an hour before dinner the soup is ready to finish. 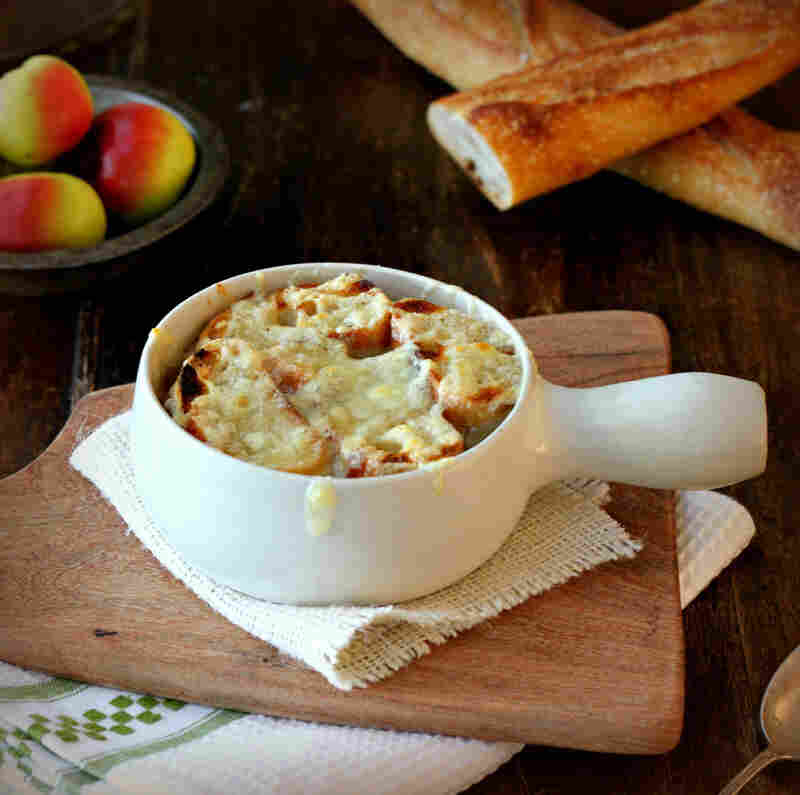 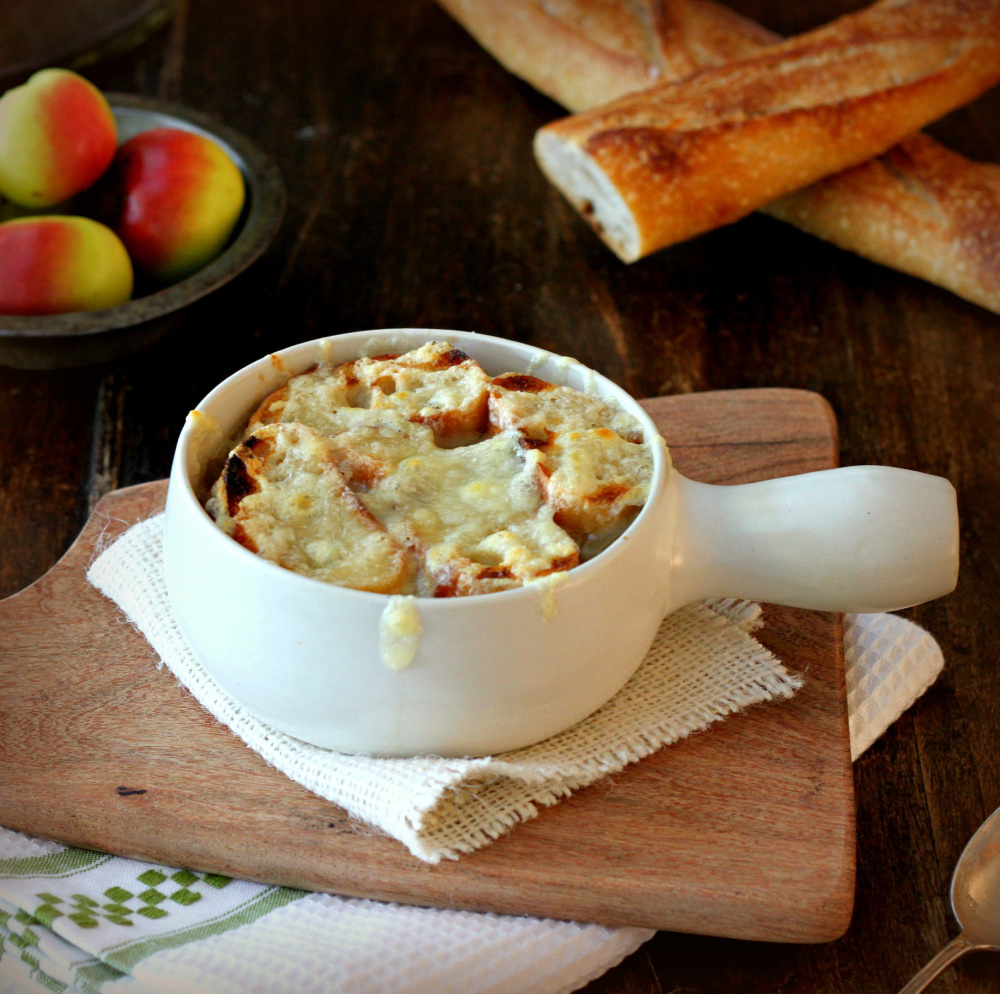 Remove pot from oven. Stir onions and any collected browned bits on sides and bottom of pot. Partially cover and return to oven. Cook until onions are soft and golden brown, about 2 hours, checking and stirring up browned bits after 1 hour.

After 2 hours, remove pot from oven and transfer to stovetop. Simmer, uncovered, over medium heat until liquid evaporates and onions turn brown, stirring and scraping up any browned bits on bottom and sides of pot, about 20 minutes. Continue cooking to allow a crust to form on the bottom of the pan without burning, about 5 minutes. Add 1/4 cup white wine to deglaze pan and loosen crust. Continue cooking until wine evaporates and another crust begins to form. Deglaze a second time with remaining 1/4 cup wine. The onions should be dark brown at this point.

Add sherry or Calvados and cook, stirring until alcohol evaporates. Add stock, thyme and bay leaf. Stir and scrape up any browned bits on bottom and sides of pot. Bring to a boil, reduce heat and simmer, covered, 30 minutes. Discard thyme and bay leaf. Season with salt and pepper to taste.

While the soup simmers, make the croutons. Lightly brush bread slices with olive oil. Place on a baking sheet and bake in 400-degree oven until light golden and crisp, 5 to 8 minutes. Remove and set aside.

Divide soup evenly among 4 to 5 ovenproof bowls or crocks arranged on a baking sheet. Gently lay croutons in one layer to cover most of the surface of the soup. Sprinkle cheese evenly over croutons. Place baking sheet in oven under broiler. Broil until cheese is bubbling and golden brown, 2 to 3 minutes. Remove from oven and serve immediately.