Accessibility links
Elbow: Success, A Lifetime In The Making These boyhood friends artfully tackle the ache of youth in hindsight and the anxiety of middle-aged regret.

Elbow In Studio At WFUV

Elbow: Success, A Lifetime In The Making

Elbow In Studio At WFUV

Jesus Is A Rochdale Girl 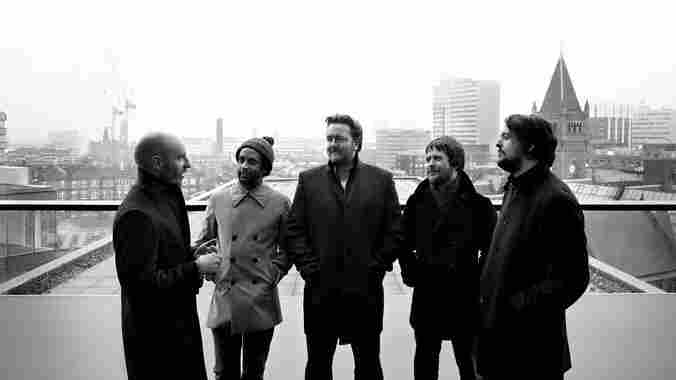 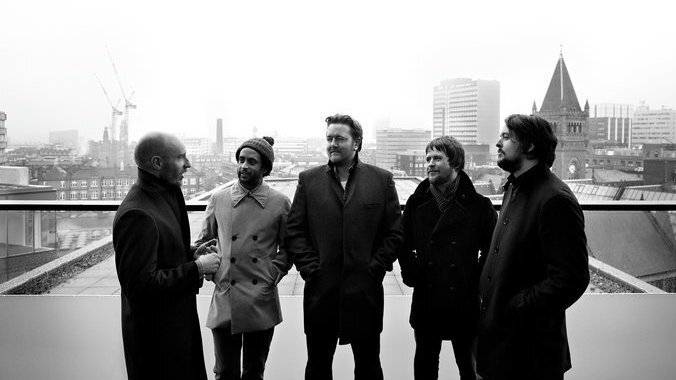 Few bands reach the height of their popularity and artistic might while simultaneously celebrating their 20th anniversary, but Elbow has done so, entering 2012 as one of Britain's most inspiring bands. With their magnificent fifth album (Build a Rocket Boys!), these five boyhood friends from Manchester — who marked their good fortune with a hearty onstage toast at every one of their 2011 shows — artfully tackle the ache of youth in hindsight and the encroaching anxiety of middle-aged regret. Singer Guy Garvey's empathetic lyrics embrace the angels, drunks, Rochdale girls, backroom sages and loitering, lippy kids who weep, wrestle and stroll through Elbow's songs.

Despite their present success, Elbow's early progress was slow and peppered with disappointments, notably a bad streak of collapsed record-label deals. The band persevered, and over the last decade has been nominated for the prestigious Mercury Prize three times, winning in 2008 for its fantastic fourth album, The Seldom Seen Kid. Earlier this month, Elbow was nominated again for a Brit Award as Best British Band (it won in 2009), and it's also been tapped to write the BBC's theme song for the 2012 London Olympics, assuring it a greater international audience. Elbow is already recording tracks for its sixth album.

When Garvey, bassist Pete Turner, drummer Richard Jupp, guitarist Mark Potter and his brother, producer and keyboardist Craig Potter, visited WFUV on a quiet Sunday morning, they were a bit bleary-eyed, but quite jovial, given the early hour. Their setup was stripped-back and simple. But as they sound-checked and Garvey's beautiful tenor took flight, the entire studio crew, rapt and hushed, knew that we were the luckiest people in New York City at that moment.