Accessibility links
Should Elections Be Held On Weekends? The U.S. has repeatedly ranked low in voter turnout, compared with other G8 countries. Jacob Soboroff — of the group Why Tuesday? — says the antiquated voting law is putting America's democracy on the back burner. He speaks with host Michel Martin about why his nonpartisan group is pushing to move the day we vote.

Newt Gingrich didn't have an answer, and it "stumped" Rick Santorum.

The question is simple: Why do Americans cast their ballots on Tuesday? In other words: Why are elections held in the middle of the week when many — especially lower-income people — can't make it to the polls?

"In 2012, there is absolutely no good reason whatsoever to be voting on the Tuesday after the first Monday in November," Jacob Soboroff tells Michel Martin, host of NPR's Tell Me More.

Soboroff is the executive director of the nonpartisan organization Why Tuesday?, which, as you might guess, advocates for a change as a way to increase voter turnout. The group was founded by people from across the political spectrum, including civil rights activist and former U.N. Ambassador Andrew Young; and Norman Ornstein, a resident scholar at the conservative think tank the American Enterprise Institute.

In a recent video, Soboroff put the "Why Tuesday?" question to presidential candidates Gingrich and Santorum, just as he had to the 2008 contenders. Few knew the reason, which Soboroff says goes all the way back to the nation's farming Founding Fathers.

"In 1845, Tuesday was the most convenient day," he says. It could take a day or longer for farmers to get to the county seat to vote, and Tuesday allowed them this time without interfering with the Sabbath or Wednesday, which was market day.

"So, by process of elimination, Tuesday it was," Soboroff says. 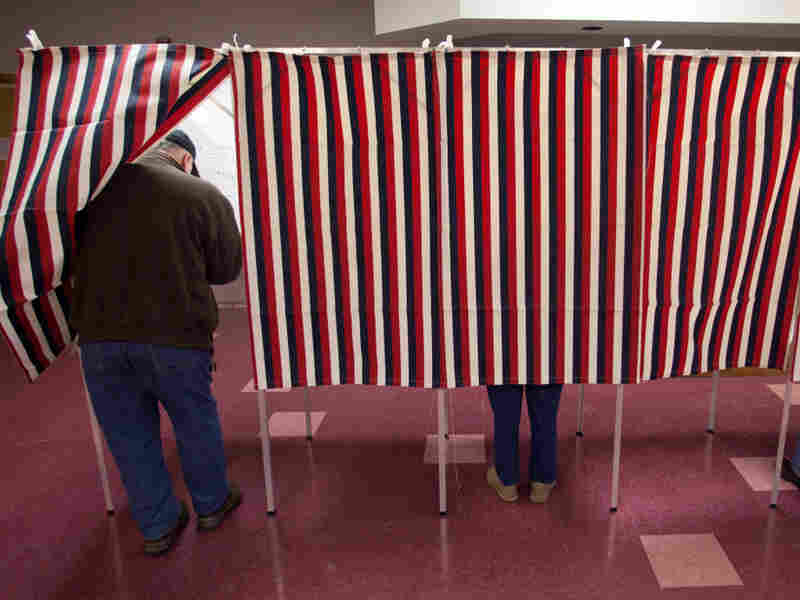 Voters cast ballots in the New Hampshire primary on Tuesday. Elections in the U.S. have historically been held on Tuesdays, but some now wonder if the day might prevent some Americans from voting. Matthew Cavanaugh/Getty Images hide caption 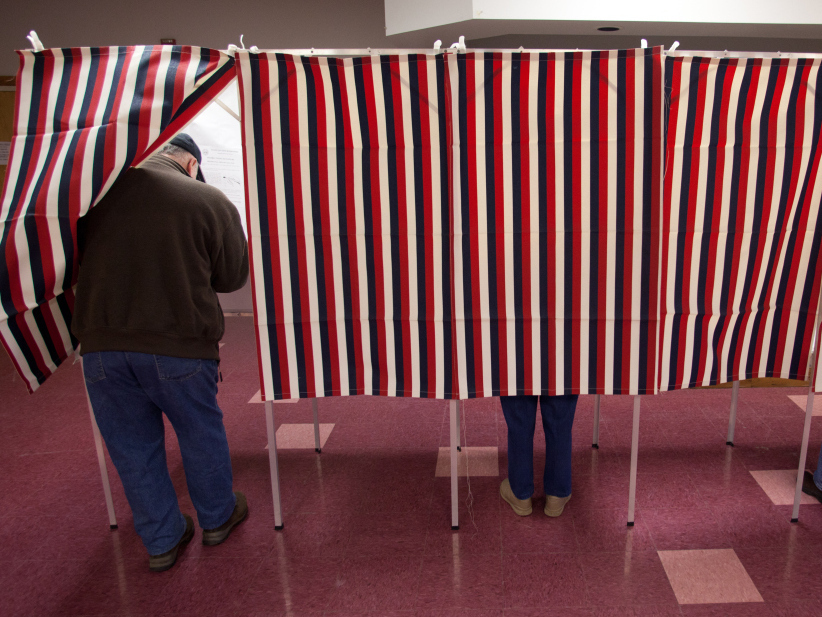 Voters cast ballots in the New Hampshire primary on Tuesday. Elections in the U.S. have historically been held on Tuesdays, but some now wonder if the day might prevent some Americans from voting.

But he thinks the weekday election isn't all that convenient anymore — especially since only 64 percent of citizens age 18 and older cast a ballot in the last presidential election.

The voting rates among lower-income Americans are even starker. Based on 2010 voter turnout, the Census Bureau found that people from families that earned more than $100,000 were twice as likely to vote as those whose household income was less than $20,000.

Soboroff says that for single parents, students and those who work more than one job, voting on Tuesday can be a challenge. Being "too busy" is often cited as the most common reason for not voting, and 27 percent claimed they were in 2010.

It can be "Tuesday or bust" for would-be voters in 14 states that don't allow for early or absentee voting, Soboroff tells Martin.

The U.S. ranked 138th in terms of average voter turnout between 1945 and 2001, according to a report by the International Institute for Democracy and Electoral Assistance. Although some countries might inflate numbers or coerce voters to cast ballots, it's worthwhile to note that the U.S. has historically had the lowest turnout out of all G-8 countries — many of which hold elections on weekends or public holidays.

So why stick with Election Tuesday?

Rick Santorum said: "I'm certainly not wedded to Tuesday. I don't think there's anything magical about Tuesday." Other government officials — both Republicans and Democrats — have also expressed openness to change.

In 2009, Rep. Steve Israel, a New York Democrat, introduced the Weekend Voting Act. The bill, which did not see a vote, called for elections to take place on the first Saturday and Sunday after the first Friday in November.

But Soboroff seems to think the reason for Tuesday elections goes beyond tradition.

At the end of a video in which he tracked down candidates vying for the Republican nomination in Iowa, he concluded: "The future, literally, of these guys' lives depends on American democracy: Do they want to improve it, or stick with it just the way it is, so that they can become president and live out their dream?"