Accessibility links
Freedom Not 'Paradise' For 'West Memphis Three' In 1994, three teens were convicted of the murder of three boys in West Memphis, Ark. The trial drew national attention, due in part to the HBO documentary series Paradise Lost. The "West Memphis Three" appealed their convictions and were released from prison in August 2011. 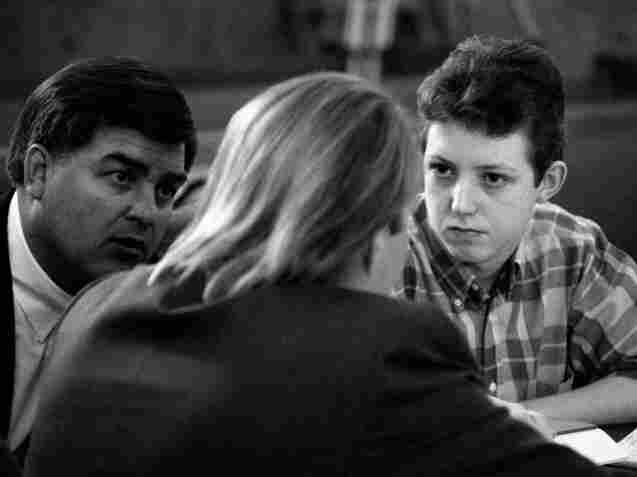 Jason Baldwin was sentenced to life in prison when he was 16 years old. He was released in August 2011. Courtesy HBO hide caption 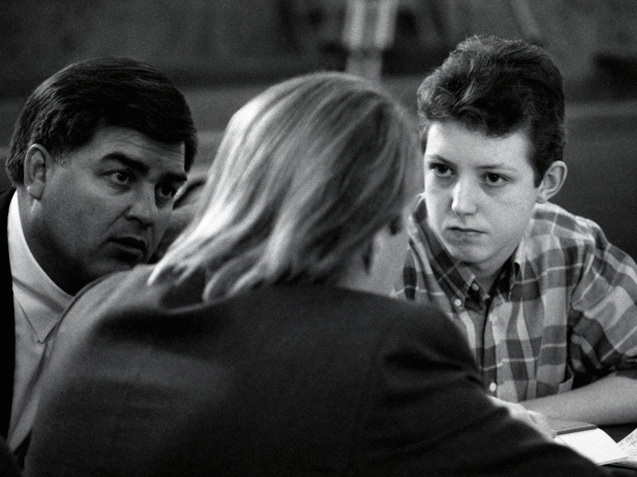 Jason Baldwin was sentenced to life in prison when he was 16 years old. He was released in August 2011.

In 1994, three teens were tried and convicted of the murder of three boys in West Memphis, Ark. The convicted men became known as the "West Memphis Three." Damien Echols was sentenced to death and Jessie Misskelley, Jr. and Jason Baldwin received life sentences. The trial drew national attention, due in part to the HBO documentary series Paradise Lost, produced by Joe Berlinger and Bruce Sinofsky.

The first documentary, Paradise Lost: The Child Murders at Robin Hood Hill — which aired in 1996 — raised doubts about the legitimacy of the evidence used to convict the three men. The second film, Paradise Lost 2: Revelations, follows appeals and further breakdowns in the prosecution. The last installment, Paradise Lost 3: Purgatory — nominated for an Academy Award in the documentary category — chronicles their release.

The filmmakers arrived in West Memphis within days of the arrests in 1993 and embedded with the community for about eight months before the trial began. "Frankly, we went down thinking we were making a film about guilty teenagers," Berlinger says. "The press reports coming out of West Memphis, Ark., were as if this was an open-and-shut case."

During a press conference after announcing the charges against the boys in 1993, the chief investigator Gary Gitchell was asked how solid the case was on a scale of one to 10. Gitchell famously replied, "11."

Where is the line between journalism and advocacy? That's an important question.

"The West Memphis Three" were freed in August 2011, after serving 18 years in prison. An unusual legal maneuver called an Alford plea, allowed them to plead guilty to lesser charges, while asserting their innocence and getting released for time served.

"The only reason that I took the deal was to save Damien," says Baldwin. "I was willing to stay a little bit longer, you know, to fight the good fight, you know, to go to trials."

The initial film raised questions and inspired celebrities such as actor Johnny Depp, Eddie Vedder of Pearl Jam, and Natalie Maines of the Dixie Chicks, to bring attention to the case. During the course of the project, Berlinger says that he and Sinofsky realized they'd transformed from observers to advocates.

"It raises a lot of ... interesting philosophical questions about what the role of the documentarian is," Berlinger says. "Where is the line between journalism and advocacy? That's an important question."

Baldwin, who lives in Seattle, Wash., continues to adjust to life out of prison. He feels that there is still more justice to be done. "We still ... think the best course of action for them, for the state would have been just to drop all charges ... because it'll open the case back up ... to continue, you know, the efforts to find who really murdered those boys."