Accessibility links
A Revolution On The Page: Finding Identity In Poetry When Roya Hakakian moved from Iran to the U.S., she didn't think any poet in her adopted country could top the ones whose work she grew up with. But then she discovered a piece that blew away her prejudices. It was "My Papa's Waltz" by Theodore Roethke.

Listen
A Revolution On The Page: Finding Identity In Poetry 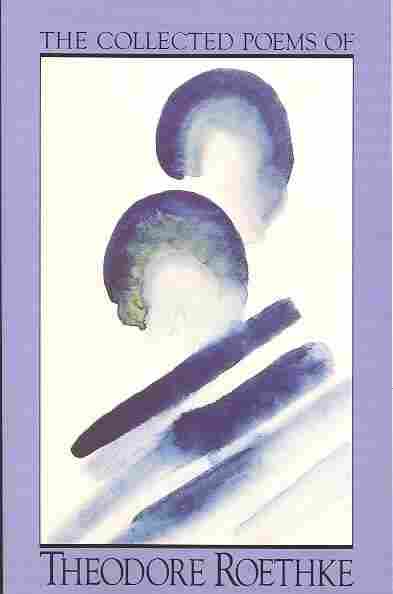 The Collected Poems of Theodore Roethke

Roya Hakakian's most recent English-language book is Assassins of the Turquoise Palace, a 2011 Notable Book. She is also the author of For the Sake of Water, a collection of poems in Persian.

An immigrant's arrival in America has a distinct physical beginning marked by the landing of one's plane. But there's another arrival, the cultural one, that's incremental, perpetual.

Of these latter sort of arrivals, the most memorable for me occurred nearly 20 years ago. I was still a new refugee, my heart's gaze fixed upon all that I'd left behind — upon Iran and the beloved language which, to the fledgling poet in me, meant everything at the time.

My encounter with America, from the moment we drove away from the airport and I saw layer after layer of bridge and road piled vast and high, had dwarfed me through and though. The currency of everything I knew or had was of no value in the American bazaar. Everything here was bigger, better or, as displayed on every shampoo bottle, at least 20 percent more.

Except, and this was my sole consolation, for the treasury of poetry I carried in my head. Persian literature with its ancient tradition of verse was how I cured homesickness and soothed the melancholic byproducts of displacement.

When feelings of insecurity or inadequacy arose, I fought them, knowing that America, however great, could not match my country's peerless poetry.

Rumi, Omar Khayyam, Hafez were no longer simply writers but the pillars of my reconfigured identity. And when has identity ever been reconfigured without a note of superiority? No verse in this towering new land could outdo the love, passion, devotion and yearning, the beauty in the ones I knew.

I'd rested in that certainty when a poem by Theodore Roethke unsettled me. It was called "My Papa's Waltz."

It's a short poem, all of four stanzas. The verses spare and simple as if the urgency of their meaning makes the use of every trope and device a hindrance. It is the absence of the ornate that lets the presence of the tragedy at the core of the poem shine so brilliantly. 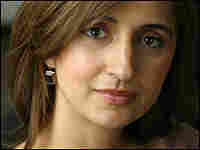 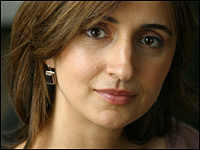 Roya Hakakian emigrated from Iran to the United States in 1985, seeking political asylum.

The effect of a great work of literature is often to unhinge its reader, to strip her of all previously cherished beliefs down to discomfiting nakedness. Roethke's "Waltz" did just that. It abruptly unveiled to me everything that centuries of Persian poetry had not — to shift the focus from the outward life to the life at home. To portray the father, the most revered figure in the culture I knew, in a negative light — in essence, to question his credibility and authority. Roethke had pulled the pedestal from beneath the taboo.

To me, someone whose most formative adolescent experience had been the Iranian revolution of 1979, what Roethke had done was to conduct a revolution on the page. Upend, truly end, the ubiquity, the sanctity of the household "king." Something that generations of Persian poets, who had elegantly written against the tyranny of political rulers, had never challenged.

Once, I arrived in America on an airplane. Later, I arrived deeper yet on the wings of Roethke's verse. Here, no one was too sacred to be spared critical examination. Suddenly I had access to a whole new reservoir of writing material, and I knew freedom in its most tangible and consequential way.

You Must Read This is produced and edited by Ellen Silva with production assistance from Rose Friedman.