Accessibility links
The Pre-Game Songs That Send Matt Barnes Soaring The forward for the Los Angeles Lakers says there's one rapper whose music he counts on to get pumped up before stepping onto the court. 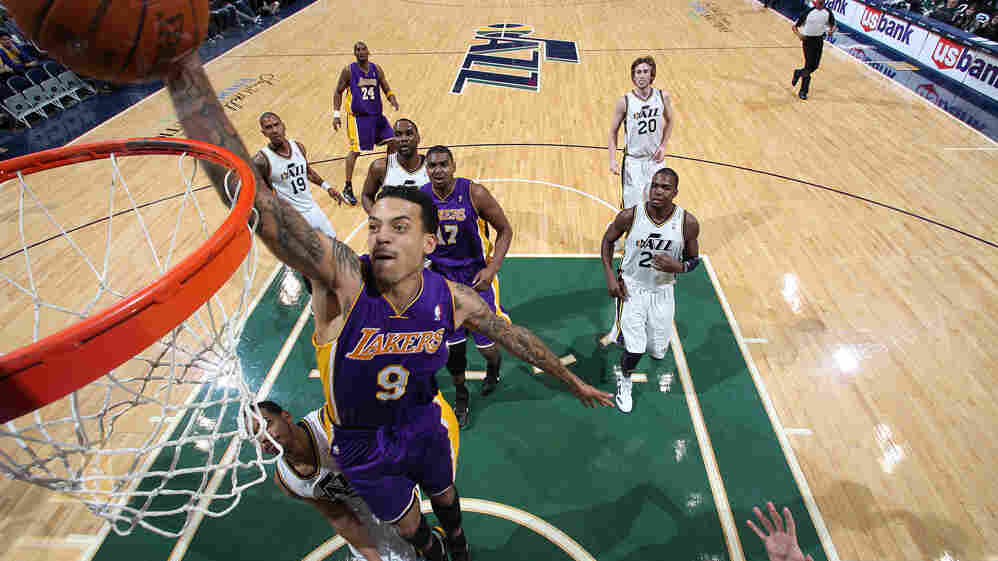 Matt Barnes goes up for the dunk at a January game against the Utah Jazz. Melissa Majchrzak/NBAE/Getty Images hide caption 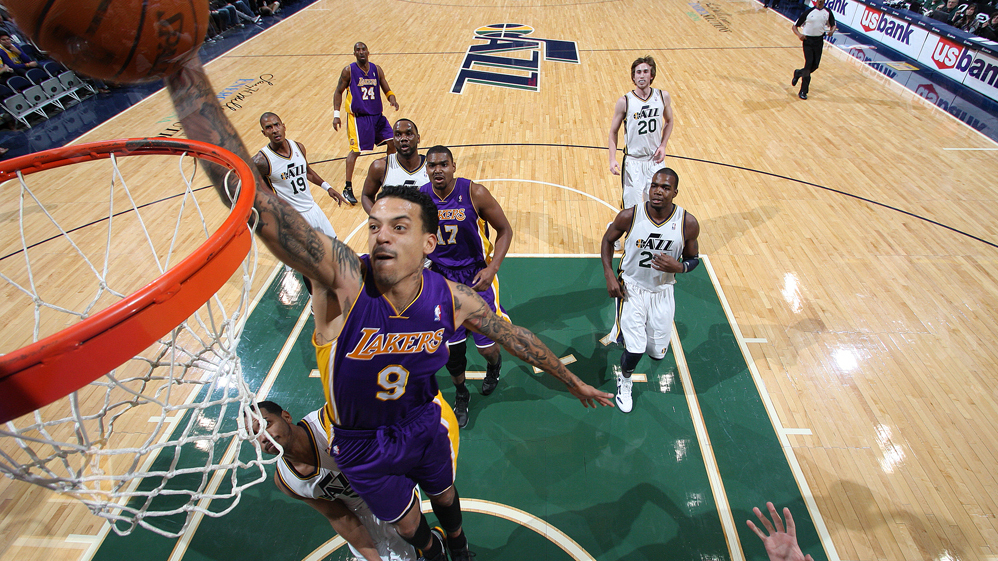 Matt Barnes goes up for the dunk at a January game against the Utah Jazz.

Language Advisory: The songs linked to in this article contain lyrics that some listeners may find offensive.

As many people head back to the gym this month, we're doing our part to help with The Ultimate NPR Workout Mix.

We're asking people what songs make them move, and it turns out music is just as important for motivating professional athletes as it is for the rest of us. We caught up with Los Angeles Lakers forward Matt Barnes after a recent practice --he says that before games, it's all about one rapper.

Barnes has played for eight different NBA teams in his nine years in the league. Last year, injuries kept him out of much of his first season with the Lakers, but now his team has finally named him a starter. It's not surprising many of his music picks — such as 2Pac's "Secretz of War" — are about overcoming adversity.

"He's talking about, either you're with us or against us," Barnes says of the song. "That's the kind of music that I listen to before games to get me going. It's us against the world when you step out on that court."

"You know," he explains, "because everyone's really counted our team out."