Accessibility links
Rejected Pipeline Becomes Hot-Button Election Issue The Obama administration has rejected a Canadian company's permit request to build the Keystone XL pipeline. The president said he turned down the proposal because congressional Republicans gave him a 60-day deadline that did not allow for a thorough review of the project. 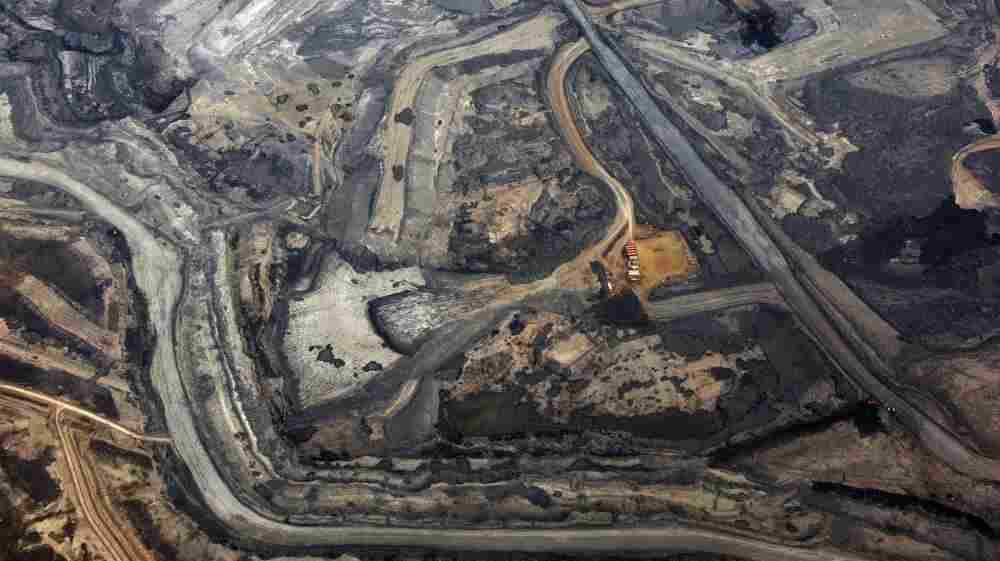 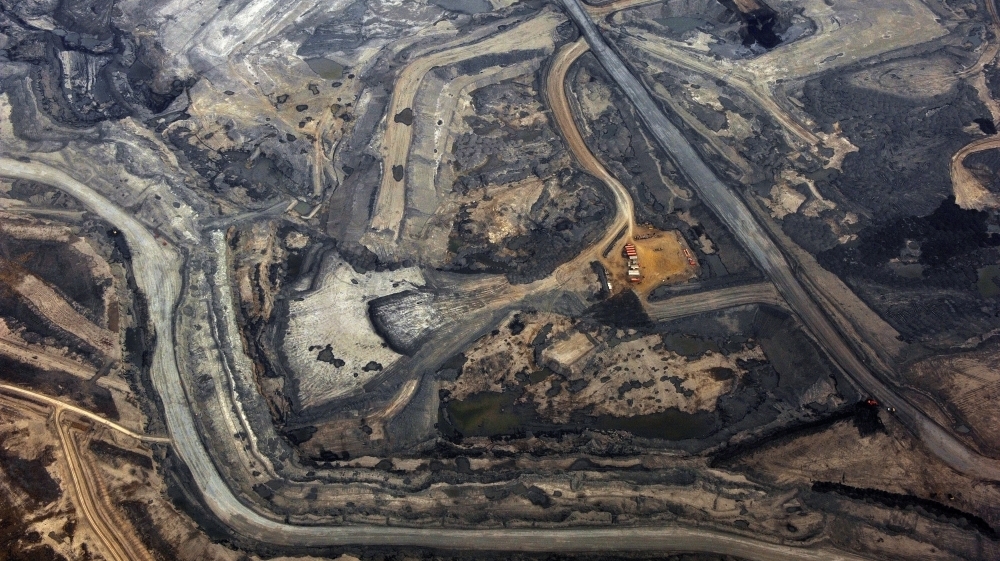 The Syncrude tar sands mine in Alberta, Canada. Alberta's tar sands would supply the oil for the prospective Keystone XL pipeline.

President Obama rejected an application to build the 1,700-mile Keystone XL pipeline from Canada to the U.S. Gulf Coast on Wednesday. He blamed congressional Republicans, who had set a 60-day deadline for his administration to complete its review of the project.

Just minutes after Obama issued a statement denying the permit, Republican members of Congress lined up before TV cameras.

"I'm deeply, deeply disappointed that our president decided to put his politics above the nation," said Rep. Lee Terry of Nebraska.

The Canadian pipeline would travel through his state. He repeated the two selling points advocates often mention — thousands of new construction jobs, and oil flowing into the U.S. from a friendly neighbor.

With the nation's unemployment rate at 8.5 percent, Terry said, there's no good reason for the president to reject the pipeline.

"To me, it's pretty obvious — it's all about election-year politics," Terry added.

As if to ensure that the pipeline will become an election-year issue, the American Petroleum Institute has been running television ads. 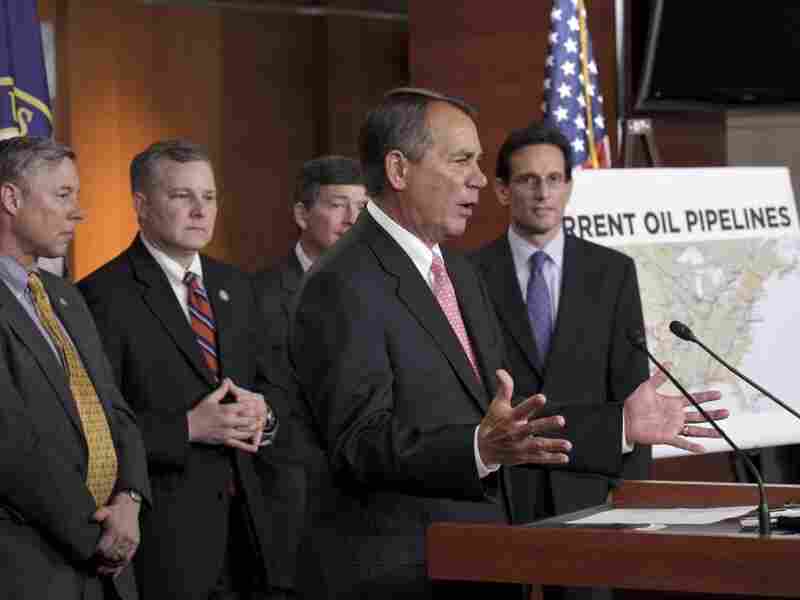 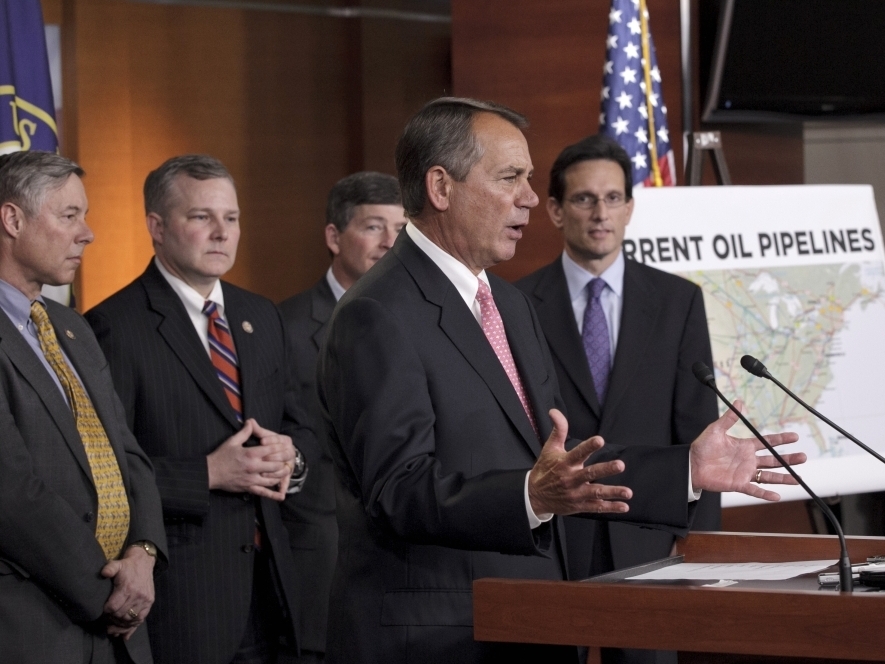 The oil industry and its allies are furious over the president's decision to block the pipeline. But those who oppose the project are celebrating.

"We actually are going to have a party, and we're trying to decide if we do it in the Sandhills or Lincoln or both," said Jane Kleeb, who heads the liberal group Bold Nebraska.

She echoed the praise environmental groups are lavishing on Obama for rejecting the Keystone XL. Many environmentalists see the pipeline as an important test of the president's commitment to their issues.

Environmentalists don't like tar sands oil, which starts out as a gunky substance that requires a lot of energy to turn into usable oil. That creates more pollution than traditional oil production.

Thanks in large part to the tar sands, Canada is the No. 1 supplier of foreign oil to the U.S.

Joe Oliver, Canada's minister of natural resources, said the prime minister made it "very clear" in a phone call to President Obama that they're "very disappointed" about the pipeline decision.

The decision also upset organized labor, which, like environmentalists, is a traditional Democratic ally.

"Our members would be doing the electrical work in the pumping stations," said Jim Spellane, media director for the International Brotherhood of Electrical Workers.

He said the union needs the kind of work that comes with a big pipeline construction project. Already, his members have been waiting three years for the approval process to finish.

"It would help a number of our locals in the industrial Midwest, especially, but in other places, too, that have been hit particularly hard during the recession," he said.

Spellane added that the IBEW considers this a temporary setback — one that he blames on political gamesmanship in Washington.

Meanwhile, TransCanada says it's still committed to finishing its pipeline. The company says it will once again apply for a permit from the U.S. government and hopes to complete construction by 2014.

At the Natural Resources Defense Council, Susan Casey-Lefkowitz said she and other opponents are ready: "We'll tackle those as they come, and fight, frankly, every tar sands pipeline proposal that gets raised."

The next round over the Keystone XL pipeline begins in a week on Capitol Hill. House Republicans plan to hold a hearing, and they've invited Secretary of State Hillary Clinton to testify.