Accessibility links
In Egypt's New Parliament, Women Will Be Scarce Many Egyptian women were hoping to see increased opportunities after the country's revolution. But in recent elections, few women were voted into Parliament. 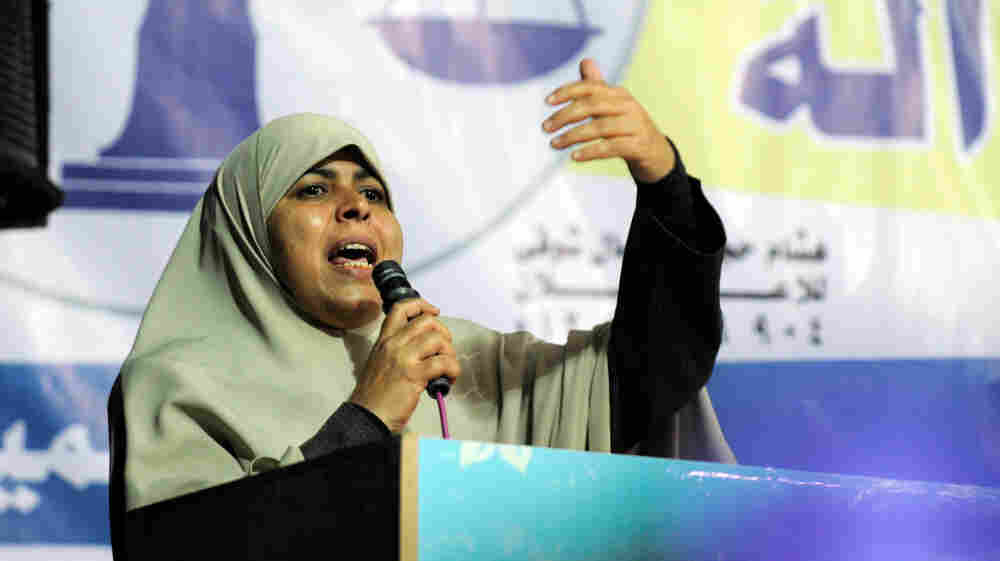 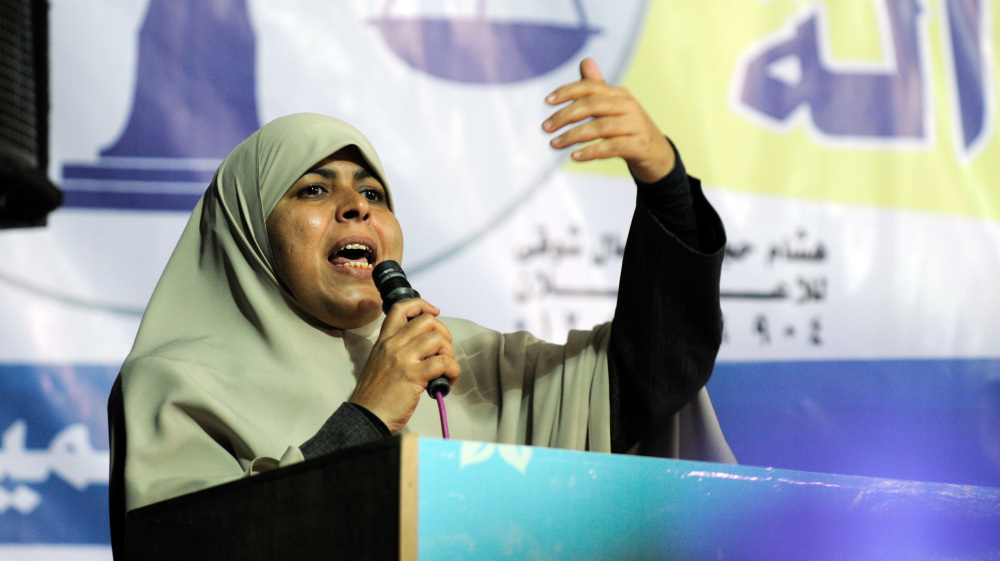 In Egypt's recent parliamentary elections, the first since Hosni Mubarak's ouster and the fairest in the country's history, Islamists won big.

And one group suffered a shocking disappointment — women.

Although the final numbers haven't been announced, it appears there will be only about eight women out of the 508 seats — or fewer than 2 percent.

"I think it's a disastrous Parliament; how this can represent a society?" said Dalia Abdel Hamid, the gender officer at the Egyptian Initiative for Human Rights. "After the revolution everyone wanted to be represented and to have their voices heard but ... women are just being marginalized by all the parties."

It's been almost a year since Egypt's revolution, and there's a feeling now that the heady days when men and women stood together in Cairo's Tahrir Square are long gone.

In many cases, nascent democracies have a quota system to ensure that all groups get at least some level of representation. But in Egypt, a quota for women was viewed with suspicion. Many thought it might be used, as it was in Mubarak's time, to stack the Parliament unfairly.

Also, the women who ran on party lists were placed far down on those lists, meaning they had virtually no chance of getting into office. And that was true of all parties, Islamist as well as liberal.

"It really hurts so much when the same people you were with in that square that day, who are fighting against the regime ... are now turning against you," says Dalia Ziada, an activist who ran for Parliament. "It's like betrayal, betrayal from our companions."

Like many Egyptian women, she was a victim of female genital mutilation as a child, which has led her to become an advocate of women's rights. But she found that changing attitudes toward women in politics is an uphill battle.

[W]e did a survey that was composed of only one question. Would you accept to see your president as a woman? One hundred percent of them said 'no.' This is what people think, it's OK to have democracy, but women are not in the equation of democracy.

"I tried to test how the society is thinking about women after the revolution," she says. "We went to three locations ... and we did a survey that was composed of only one question. Would you accept to see your president as a woman? One hundred percent of them said 'no.' This is what people think, it's OK to have democracy, but women are not in the equation of democracy."

The roots of discrimination against women are deep in Egypt. Sexual harassment is not only pervasive, but it's used as a tool of political oppression.

A YouTube video shows a recent attack on a female activist who had been publicly critical of the ruling military council. Thugs surrounded Nawara Negm, some screaming, "You whore, you sold your country." The video captures what is just the latest in a stream of assaults against women.

And women's groups worry the situation may only get worse. Islamist parties, including hard-line Salafis who believe in forcing women to cover themselves from head to toe, will be the majority in the new Parliament and will have a significant role in crafting the constitution.

Dalia Zaida, who wears a headscarf herself and is an observant Muslim, says it's a grave concern.

"These people see women as evil, as the source of all vices," she says. "So they will try to suppress her in every way possible."

Not so, says Omaima Kamel, who argues these are dangerous stereotypes about Islamist groups.

She is a professor of public health at a university and also ran as a candidate for the Muslim Brotherhood's political party, the Freedom and Justice Party. You can be Islamist and also empowered as a woman, she says. She says the men voted into Parliament can safeguard women's rights through compromise.

Yet Kamel was placed so far down on her party's electoral list that she probably won't be given a seat in Parliament.

And when asked if a woman should be president? "I don't think so," she answers. "Egypt is a very large country and its problems are very, very deeply rooted. I think it will be difficult for her to carry this responsibility. Let men do the difficult job and we can [provide] support," she says.