Accessibility links
For South Carolina Voters, Jobs May Matter Most South Carolina's Lancaster County is solid Republican country — it went for John McCain over President Obama in 2008. It also has a 12.3 percent unemployment rate, which will likely affect how people in Lancaster County vote in Saturday's GOP primary. 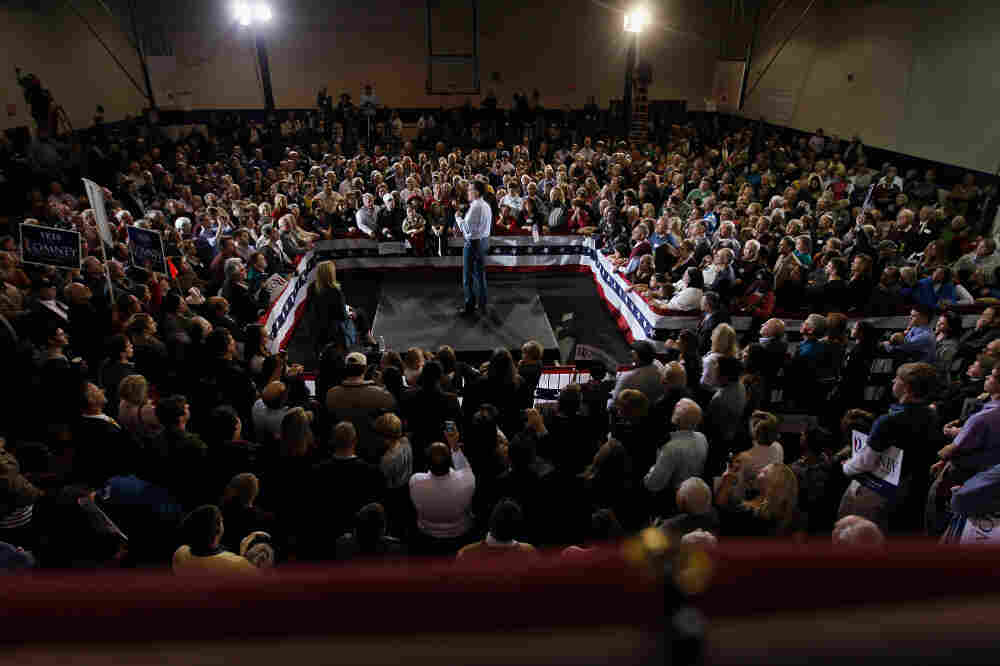 Mitt Romney speaks during a campaign stop at Seven Oaks Park this week in Irmol, S.C. Jobs are likely to be an important issue for South Carolina voters in Saturday's primary, with the state's unemployment rate at 9.9 percent. Joe Raedle/Getty Images hide caption 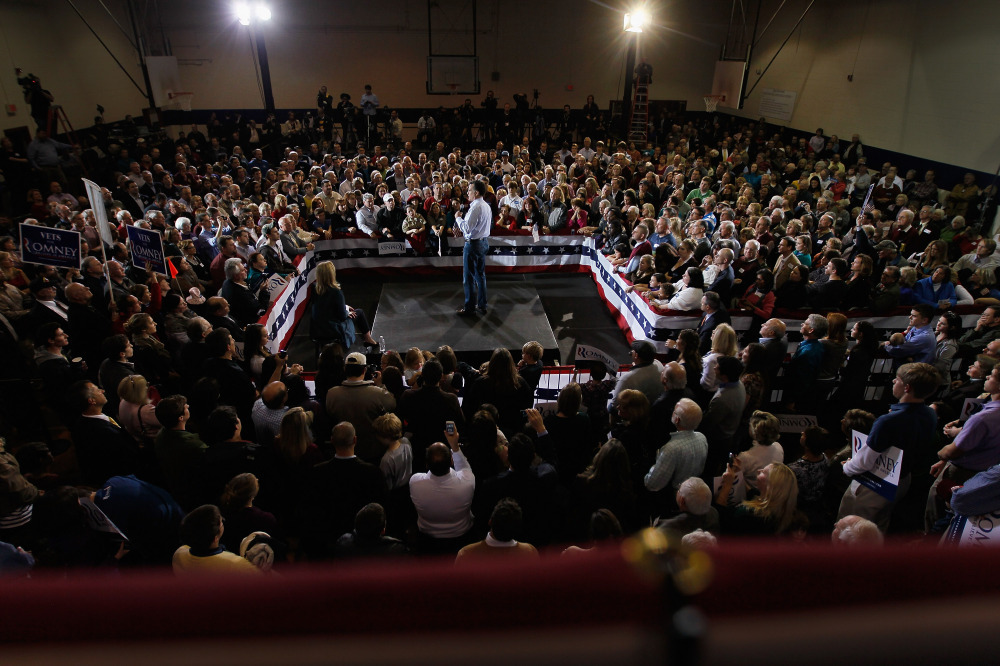 Mitt Romney speaks during a campaign stop at Seven Oaks Park this week in Irmol, S.C. Jobs are likely to be an important issue for South Carolina voters in Saturday's primary, with the state's unemployment rate at 9.9 percent.

In a presidential election that most expect will be all about the economy, South Carolina is a state where economic issues are front and center. The state's unemployment rate is 9.9 percent, well above the national rate. But even that number is deceptive. There are pockets around the state where the conditions are much more severe. In Lancaster County, for example, the rate is above 12 percent.

When Springs Industries packed up and left Lancaster County, it took thousands of textile jobs with it. Before most people had a chance to recover, the recession hit hard. Sandra Geiger says life in Lancaster hasn't been the same since.

"So now, everybody's struggling try to find what they need to be doing and how to make enough money to support your family and keep your stuff going," Geiger says.

Geiger lost her job as a designer at Springs Industries in 2007. It was a position she had worked up to and thought she'd spend the rest of her working life doing.

She's found work as a home health aide, but her main client moved into a nursing home, so she's back at the local unemployment office.

Geiger is a Republican, and she's decided to support Ron Paul when she votes tomorrow. She's looking to all the candidates — whoever wins the nomination — to make a difference.

"You just hope that somebody can get up there and turn things around so we can all do better than we're doing now," she says.

A False Sense Of Job Security

The South Carolina Works office on White Street, where Geiger filed her claim this week, is a busy place with a full parking lot. Clifford Ledford Jr. stopped in to apply for another extension on his unemployment benefits. He's been unemployed since June 2010, when the greenhouse company where he had worked for a few years went out of business.

"Just haven't found anything that pays anything," Ledford says.

He's in his early 60s and gets the feeling employers are passing him by because of his age. Like so many people in Lancaster, Ledford spent most of his life working for Springs Industries.

He started in the bleaching department when he was just a teenager and worked there for 40 years. He never went to college. At the end, he was operating a huge multimillion-dollar machine that he thought was going to be the future of Springs.

"We felt like we had job security. It was all computerized. It was a high-tech job," he says. "And it's now in Brazil. When they laid me off, they took it, dismantled it, put it on a ship and sent it to Brazil because the company bought us. So someone else is running my job today as we speak."

Ledford voted by mail and picked Rick Santorum, although now he says he wishes he had voted for Newt Gingrich. But in reality, Ledford isn't convinced any of the candidates are really speaking to his economic concerns.

"It's hard to think of any of them having our interests in their best interests, because all of them are so rich, and they don't have to worry about where their next meal is coming from," he says.

It's hard to think of any of them having our interests in their best interests, because all of them are so rich, and they don't have to worry about where their next meal is coming from.

Fighting To Bring Back Jobs

From where Ledford stands, even if the candidates are talking about jobs and the economy, he isn't sure it will amount to much because he thinks the government is in a rut. He says politicians don't work together. Keith Tunnell has a similar complaint.

"They're all here, but they do a lot of talking and they don't do much listening; and that's the problem I have with most politicians," Tunnell says.

Tunnell is president of the Lancaster County Economic Development Corporation. He says there are 4,000 unemployed people in his county. But a year ago it was 5,000, so things are improving. Some major businesses have come in, and he's hoping to attract more, with a rail project, new business parks and worker retraining. He's been trying to get federal funds for three years, but to no avail. He doesn't expect that all the current focus on South Carolina's economic travails as part of the primary will change that.

Even if the winner of Saturday's primary doesn't ultimately help Lancaster County, Tunnell says he'll keep fighting to bring back the jobs.