Accessibility links
Using A New Voice To Enjoy Life After Cancer In 1999, Rene Foreman was diagnosed with esophageal cancer. Surgery saved her life; it also took her voice box. To speak, she now uses an electrolarynx, a small device that produces an electronic voice. And as Foreman tells her daughter, life's been different — and better — ever since. 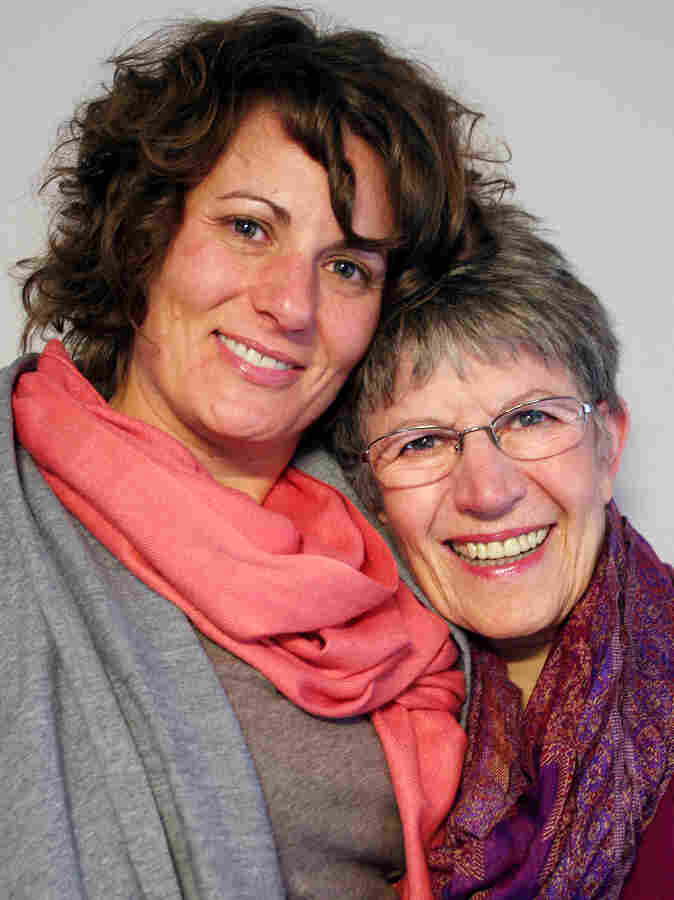 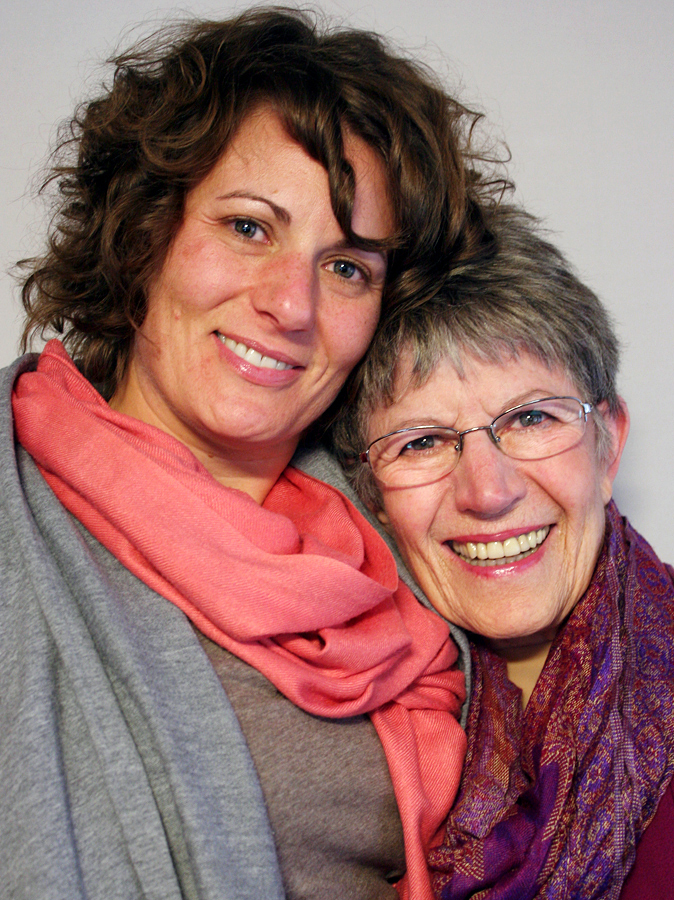 In 1999, Rene Foreman was diagnosed with esophageal cancer. She underwent surgery that saved her life; it also took her voice box. To speak, Rene now uses an electrolarynx — a small device that she holds against her throat to produce her voice, electronically.

Discussing how having a synthesized voice has changed her life, Rene, 70, told her daughter Michelle that the electrolarynx helps her to enjoy each day, even if it also makes her stand out in some ways.

Of those times, Michelle asks, "How do you feel when people turn around and look at you?"

"It aggravates me," Rene says. "I was in the gym the other day, and I was talking to somebody. And there was a woman, and she turned 'round and she said, at the top of her voice, 'What's that funny sound?' And I turned around, with my hands on my hips. I said, 'That's me.' And she wanted to shrink into the ground. I felt so good."

"That's one thing that I love about you," Michelle says. "You do still stick up for yourself."

"I'm not a shrinking violet," says Rene, who's originally from South Africa.

And she says that the electronic voice box has its benefits, as well. As an example, she points to telemarketers who call her at home.

When those callers hear her say "Hello," Rene says, "they think I'm playing a joke on them, and there's this long silence."

"You told me that when you answered, they said, 'Is this a computer that I'm speaking to?' " Michelle says. "And you said, 'Yes.' "

But most of Rene's interactions with strangers are far less confrontational.

"People are really very kind, once they realize what the situation is," she says. "I may go into a restaurant once, and if I go back there a year later, and it's the same woman at the front desk, she'll say, 'Where have you been? We haven't seen you for a while.' So, I feel like a movie star."

Rene underwent surgery on her throat at the University of Iowa Hospital and Clinics in Iowa City.

"I remember the night before my operation," she says. "I was scared. I asked you to stay, and you slept in the bed with me, in the hospital. And then you left New York to come and be with me for a year. How did you feel about leaving your job and your friends, and your life?"

Rene, who has been free of cancer since her operation, lives in California's Orange County. In addition to Michelle, she has another daughter, Mia, who lives in Washington, D.C.

"I'm really very blessed in my life. I am happier now, without my voice, than I've ever been with my voice," Rene says. "It's a small price to pay for being alive and enjoying life. So I am very happy where I am now."

Audio produced for Morning Edition by Nadia Reiman with Jud Esty-Kendall. Recorded in partnership with KCRW.