Accessibility links
Amid Scandal, Colombia Dismantles Spy Agency Colombia's intelligence agency has been accused of widespread wrongdoing, from illegal wiretapping to selling classified information to drug lords. Now it's being shut down. But questions remain about what to do with the intelligence it gathered. 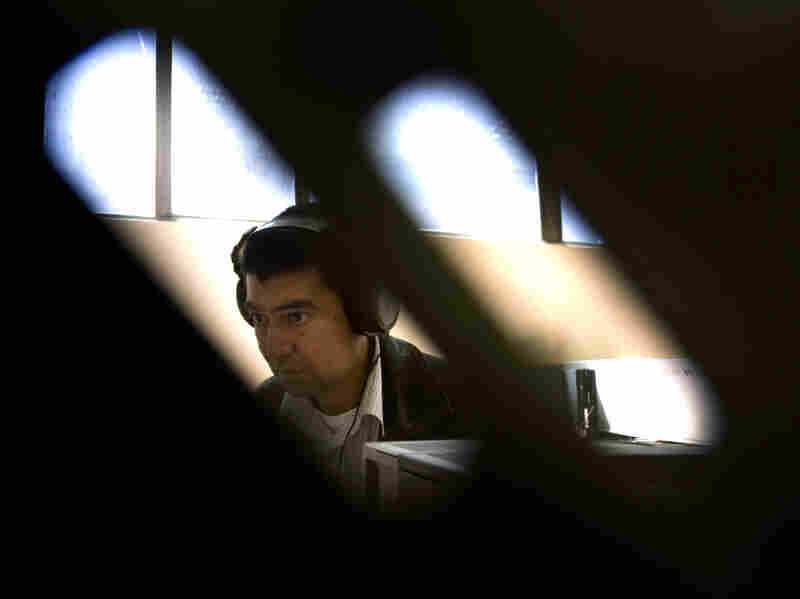 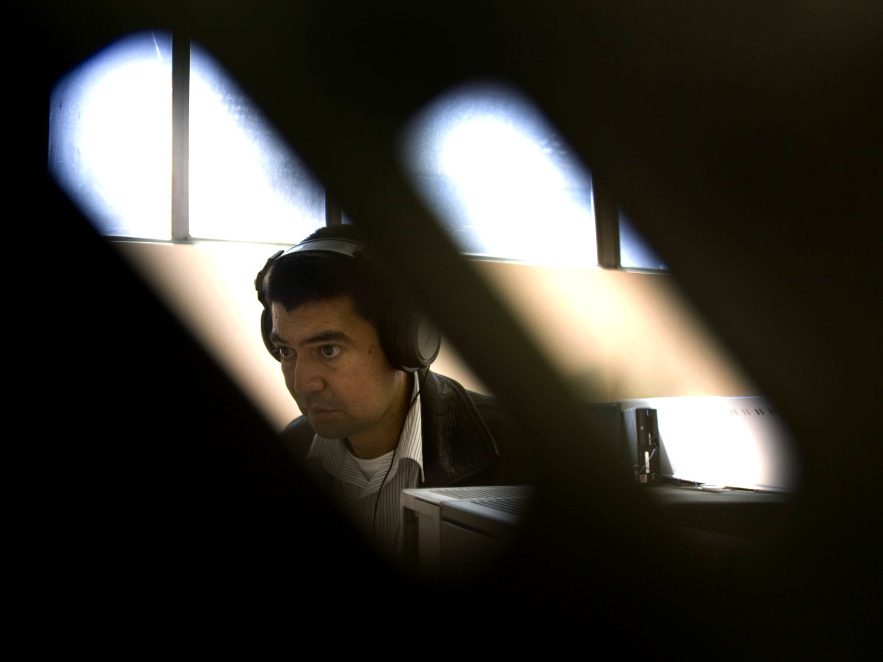 A member of Colombia's secret police, or Administrative Department of Security, listens to intercepted telephone calls in 2009. Reports of illegal wiretapping by secret police contributed to President Juan Manuel Santos' 2011 decision to close the agency.

The Administrative Department of Security, or DAS, had been mired in scandal by reports of agents illegally wiretapping government critics and selling classified information to drug lords.

A former director was even convicted of plotting assassinations. The U.S., which backed the agency for decades, cut off aid in 2010, and now the Colombian government, Washington's closest ally in Latin America, is mothballing it all together.

Santos said DAS was huge, and between intelligence gathering and evidence collection at crime scenes, it had too many roles. According to Colombian national security adviser Sergio Jaramillo, the agency also provided security for high-ranking officials and oversaw immigration control.

"Structurally, it had big problems," Jaramillo says. "It just wasn't up to the task of what a modern intelligence agency in a liberal democracy should do."

Even worse was that intelligence agents were engaged in serious crimes. A handful of agency managers are currently serving time, while dozens of agents are either under investigation or facing charges of having compiled illegal dossiers on opposition figures for former President Alvaro Uribe.

The Intelligence Left Behind

On the 10th floor of the intelligence service's building, archival rooms hold boxes filled with secret papers from one of the world's longest-running armed conflicts, the U.S.-backed offensive against Colombian drug gangs and Marxist guerrillas.

The man overseeing the whole process, bankruptcy lawyer Ricardo Giraldo, says, "We want to guarantee that the archive will not disappear or be manipulated."

Once sorted, the useful classified documents will go to other agencies, including what will be the new intelligence service, the National Intelligence Directorate. The question for Santos' government is what to do with the rest of the material held by the DAS — reams of documents, photographs and tapes that were gathered illegally.

Jaramillo, the national security adviser, says one option the government is considering is to make the files available to those who were illegally targeted for surveillance.

"You purge the archive, and also you set up a system so that its citizens can come forward and ask if they've found their way into the DAS archive and ask for their own information," he says.

Jaramillo adds that there is a precedent for that option: Former citizens of East Germany can now retrieve their once-secret files. But some have their doubts, including human rights activist and onetime DAS target Gustavo Gallon. Prosecutors have the DAS orders that were handed down to agents to tail Gallon and his family. But according to Gallon, the daily surveillance reports that came from that order are now missing.

How New Will The New Agency Be?

"As in other scandals in other state agencies in our history," Gomez says, "the solution has been to simply change the name."

Gomez wonders how many of the agents involved in questionable activities will somehow remain active, perhaps in the new agency. Jaramillo counters that the new agency will be tightly managed.

"The new intelligence service will have almost nothing to do with DAS as it exists today," he says. "It would not be in the same building, it would not do the same things."

Jaramillo also says it won't have the same people. Thousands are being transferred to the National Police, the prosecutor's office and other state agencies. He says the new agency will be focused solely on intelligence gathering — and those accused of crimes at the old agency are out for good.