Accessibility links
Lesson Learned: Don't Fly To North Pole In A Balloon In 1897, S.A. Andree took an unlikely approach to exploring the North Pole: As other Arctic adventurers tried to march, sail or sled to the northernmost point on Earth, Andree decided to fly in a hydrogen balloon. Alec Wilkinson tells the story of the ill-fated expedition in his new book, The Ice Balloon. 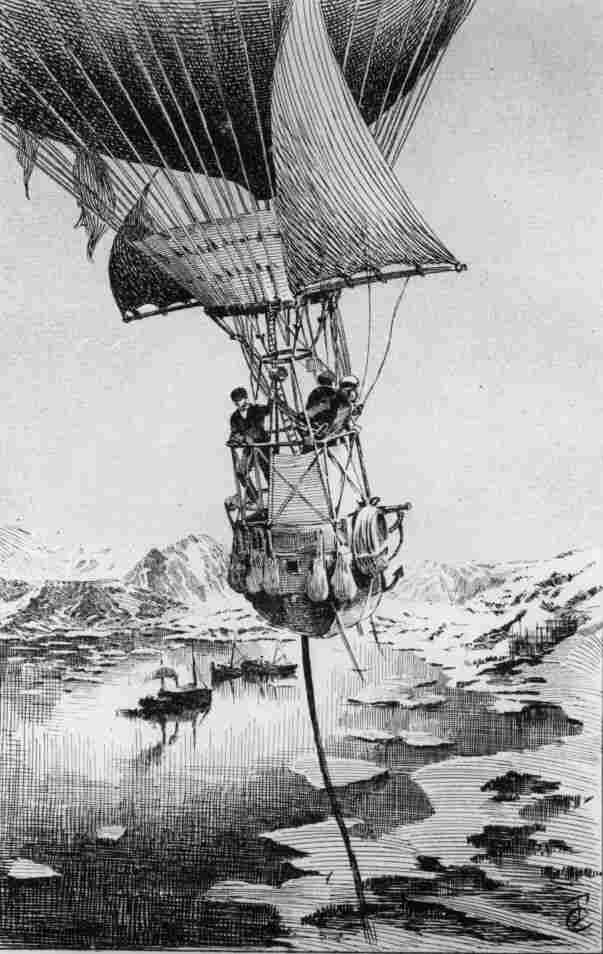 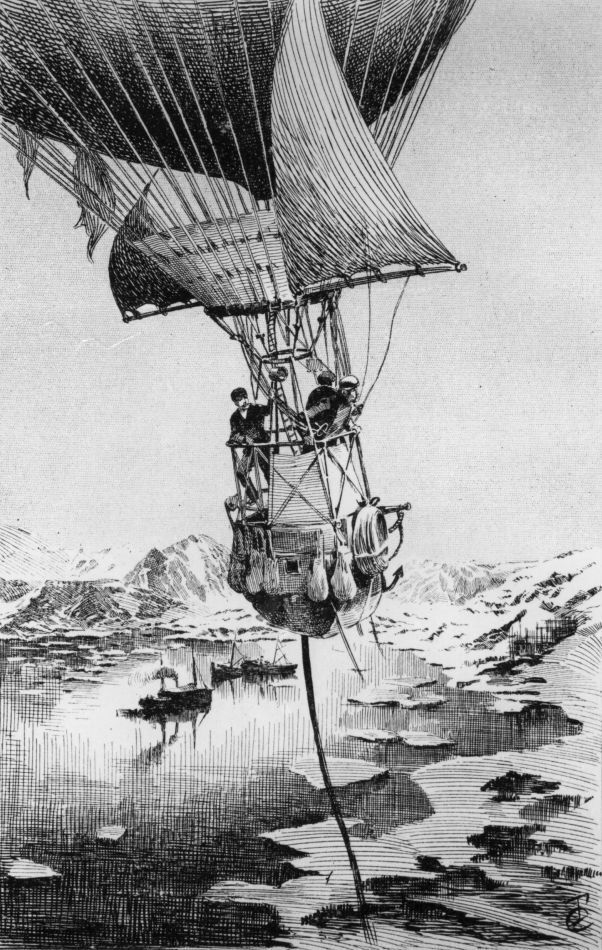 An illustration from Joseph Lecornu's 1903 book La Navigation Aerienne depicts Swedish explorer S.A. Andree taking off in a hydrogen balloon on an ill-fated expedition to the North Pole in July 1897.

In the late 19th century, scores of celebrated, valorous explorers attempted to reach the North Pole. Groups of explorers from the U.S., Europe and Scandinavia invented clever new equipment, raised money, stirred national pride and enthralled the world by attempting to march, sail or sled to the most cold, remote and unseen place on Earth.

But it was a perilous business: Of the 1,000 people who tried to reach the North Pole in the late 1800s, 751 died during their attempt, author Alec Wilkinson tells NPR's Scott Simon.

One Swedish man named S.A. Andree decided to try to fly above all that. In 1897, Andree and his crew of two — Nils Strindberg and Knut Fraenkel — set out for the North Pole in a hydrogen balloon. The story of their journey and that age of Arctic exploration is told in Wilkinson's new book, The Ice Balloon.

On who the explorers were, and what inspired them to venture to the North Pole

"They were an extremely motley collection of people: God-seekers, criminals hiding where they thought nobody would be looking — the Arctic was not only the world's last mysterious destination, but it was also a kind of wildly fantasized-about place. Nobody knew what lay at the end of where the compass needle pointed. Some people thought there were mountains. Some people thought there'd simply be more ice. And there was a collection of early 19th century believers called Hollow Earthers who thought a hole there led to an interior world that was essentially a duplication, although more paradisiacal." 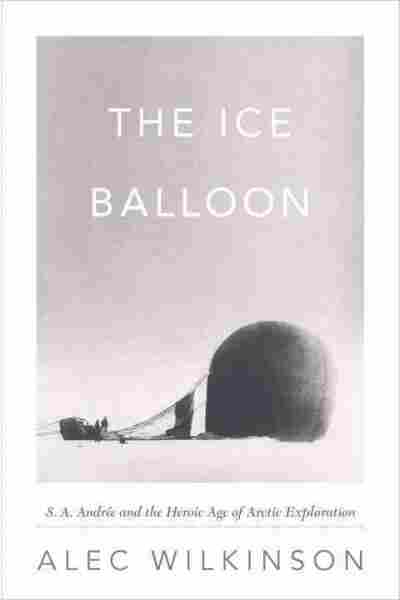 S.A. Andree And The Heroic Age Of Arctic Exploration

On how S.A. Andree — who had a desk job at the Swedish patent office — prepared for his journey

"He had this obsessive idea to reach this place by this unconventional means, which would be extraordinarily efficient. ... His study of the weather and the winds and so forth persuaded him that he'd be there in fewer than 60 hours. He believed that he would fly right over the Pole. I think he must have been semi-facetious, but he sort of joked that having flown over the Pole, he would descend in San Francisco.

"He brought, strangely, in his baggage that he brought to the Pole, he had a tuxedo with him so that he could, at the end, meet the dignitaries that he imagined would be waiting for him — although he really believed that he was going to end up somewhere in the Yukon or the Siberian wilderness and would have to walk back to civilization."

On the problem of steering a balloon

"The reason that Andree thought that he could make it to the Pole was that he had believed he'd designed a balloon that could be steered. Hot air balloons and hydrogen balloons of course can only go where the wind blows them. But Andree had constructed a special system of heavy ropes that lay on the ground and were dragged, that would sort of impede the balloon and cause it to travel slower than the air. And as soon as you're traveling slower than the air — as in a sailboat, for example — you can steer yourself because you can put up a sail."

On what happened when Andree took off

"He left from an island in the Spitsbergen archipelago about 600 miles from the Pole ... As he took off, the ropes tangled, became untangled, and he lost them. And so he sailed off over the horizon ... [and] he wasn't able to steer ...

"There was some discussion of whether or not he had sufficient rope aboard also to repair the drag ropes. So nobody really knew, but it appeared that he was, yes, in a craft he could no longer control."

Alec Wilkinson is a staff writer at The New Yorker and recipient of the Robert F. Kennedy Book Award. Sara Barrett/Knopf hide caption

Alec Wilkinson is a staff writer at The New Yorker and recipient of the Robert F. Kennedy Book Award.

On the mystery of what happened to Andree and his men, which was solved more than 30 years after their disappearance

"Andree sailed over the horizon and was lost. He and his companions became the first men ever to be lost in the air. Astonishingly, 33 years later, he was discovered. His last camp was discovered by sealers. With Andree were found diaries that they had kept of what had become a death march across the ice and ... films that had been unexposed, taken along the way on the expedition. So 33 years later, suddenly, as if they had almost come back from the afterlife, these men were vivid again in the world's imaginations.

On what really happened to Andree and his men

"They did not reach the Pole, no. ... They flew for three days. They ran into trouble with fog, which is always a perilous circumstance for a balloon because any shadow causes the gas to cool. And once the gas cools, the balloon descends. They were eventually, after three days of flight and several hundred miles, brought to the ice. They were suddenly no longer explorers — they were adventurers. And no explorer wants to be an adventurer.

More On Arctic And Anarctic Expeditions

Explorer Goes To The Ends Of The Earth In One Year

A Dark Journey To The North Pole

"... You had three guys with desk jobs from Stockholm who hadn't done a whole lot of preparation. They really did not expect to come down [to the ground] ... It was a thuggish and punishing journey that was ahead of them, made much more horrible by the fact that as they advanced, the ice moved in the other direction beneath them — because, of course, the ice is drifting. The polar ice pack moves."

"It's important to remember, the context was this: ... He had the support of Alfred Nobel, the inventor of dynamite. He had the support of the King of Sweden. He had tried to leave in 1896 but hadn't got favorable winds. He gets back to Spitsbergen in 1897, knowing pretty much that this will more or less be his last chance. Faced with the thought, 'If I don't go now, I may never go again, and I will never know the mystery,' I think it overtook him to a degree. I think his rationality, his engineering mind, his practicality succumbed — to a certain degree, like a temptation one finally submits to — to the idea of: 'I must.' "