Accessibility links
Artists React To Mexico's Drug War With Music And Poetry Poetry and other art forms have been integral to the "Peace with Justice and Dignity" movement. Poet Javier Sicilia, whose son was murdered by members of a drug cartel, says the poet has a moral responsibility to tell these stories.

Javier Sicilia speaks at a rally in Los Angeles.

Javier Sicilia is a novelist and a poet. In 2009, he was awarded Mexico's prestigious Aguascalientes National Poetry Prize. This September, he read a poem dedicated to his son, Juan Francisco, at a rally:

There is nothing else to say
The world is not worthy of the word
They drowned it, deep inside of us
As they asphyxiated you
As they ripped your lungs apart
And the pain does not leave me
All we have is a world
For the silence of the just
Only for your silence and my silence, Juanelo.

This was the last poem Sicilia wrote. His son was murdered in the central state of Morelos in March, along with six other people, by members of a drug cartel.

Javier Sicilia renounced poetry and became the leader of a national protest against the drug war. Yet he says poetry has been an integral part of the "Peace with Justice and Dignity" movement.

"Poetry has been present, the poets have been part of it," Sicilia says. "The problem is that the mass media don't like to cover it and don't understand that this movement was born out of poetry, and the reason why it's important is because it's filled with a poetic content that has transformed the language. And behind all of this is a profound ethics, as with all poetry."

Sicilia says the poet has a moral responsibility to tell these stories.

Other artists are also reacting to the violent realities in Mexico today. Singer Lila Downs addresses the violence in a song that deals directly with the consequences, called "La Reina del Inframundo" — Queen of the Underworld. The lyrics read:

"Six feet underground, it's for a certain kind of weed, for which the bosses up north are making us kill each other off, and now I'm the queen of the underworld, and my crown is a tombstone ..."

"Well, this is a song that's more explicitly about what we're going through," Downs says. "It's something that I'm very afraid of. I've seen a lot of papers, a lot of women involved in the business, and a lot of women die." 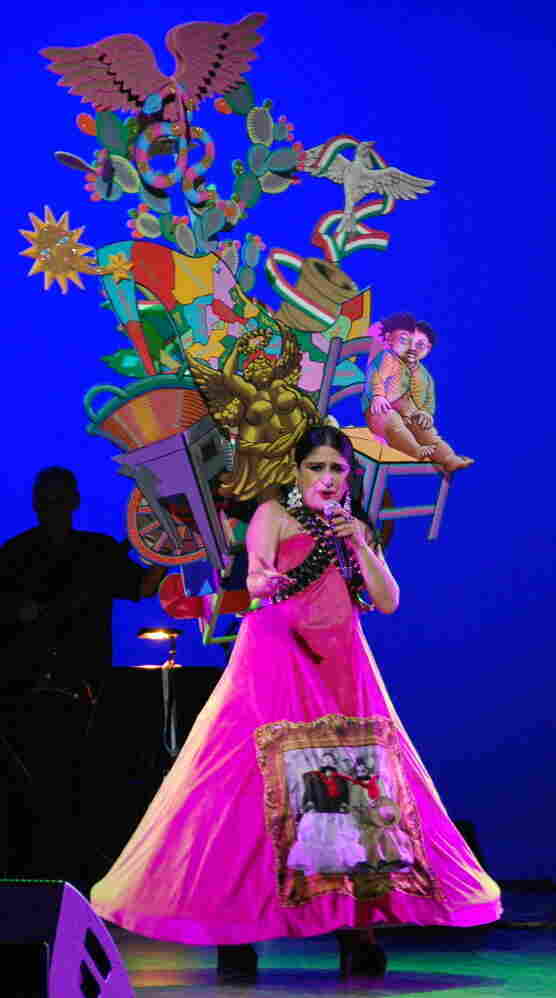 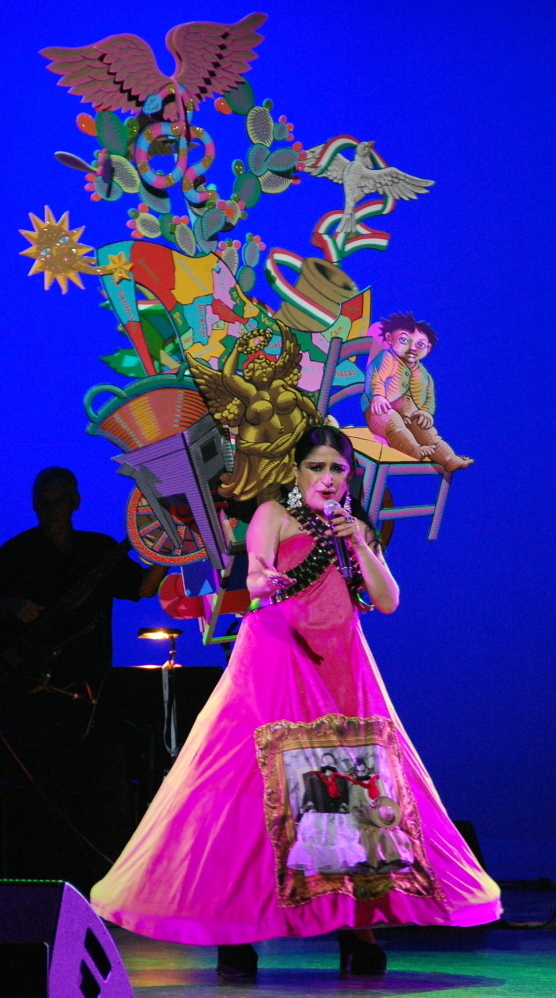 Downs' whole album was inspired by her feelings about what's happening in Mexico today.

"We're going through a very violent period where it's inevitable, you're always seeing these things on the news that are very sad and depressing," she says, "and you wish that you could do something about it. And I think, as an artist and as a human being, you're sensitive to what is happening."

Writer and performer Ruben Martinez is a professor of literature and writing at Loyola Marymount University, as well as the producer of a performance in Los Angeles about the drug war. He says that, in terms of artistic resistance to the drug war, the importance of Javier Sicilia cannot be understated.

"As a writer, the only tools I have are language and representation to render a portrait of what is happening today. And Javier Sicilia was the first voice, artistically I think, to approach this," Martinez says. "[His final poem] moved a whole nation, and now it's moved us on this side of the border too, because ultimately, the war is on both sides."

Martinez says that we may not see mutilated bodies hanging from bridges in this country, but that, according to the Centers for Disease Control, more than 22,000 people die every year in the U.S. as a result of drug overdoses.

Singer and performance artist Astrid Hadad has addressed the current situation in Mexico from a different perspective. Hadad sees the roots of the current violence in a number of problems facing Mexico. She names a few of them in the song "Tierra Misteriosa" (Mysterious Land):

"And if that's not saying something against what's happening today, I don't know what is," Hadad says. "All of us who are fighting say that only a good education and the redistribution of wealth, called justice, will solve this. Otherwise, the current violence will never end."

But Downs offers some hope. In her song "Paloma del Comalito," she cites a popular Mexican expression: No hay mal que dure cien años — "No evil can last a hundred years." Her hope is that it won't take that long.