Accessibility links
First Listen: Kayhan Kalhor, 'I Will Not Stand Alone' A soulful and insightful album from one of Iran's musical innovators, who looks both back and firmly ahead.

First Listen: Kayhan Kalhor, 'I Will Not Stand Alone'

First Listen: Kayhan Kalhor, 'I Will Not Stand Alone'

I Will Not Stand Alone 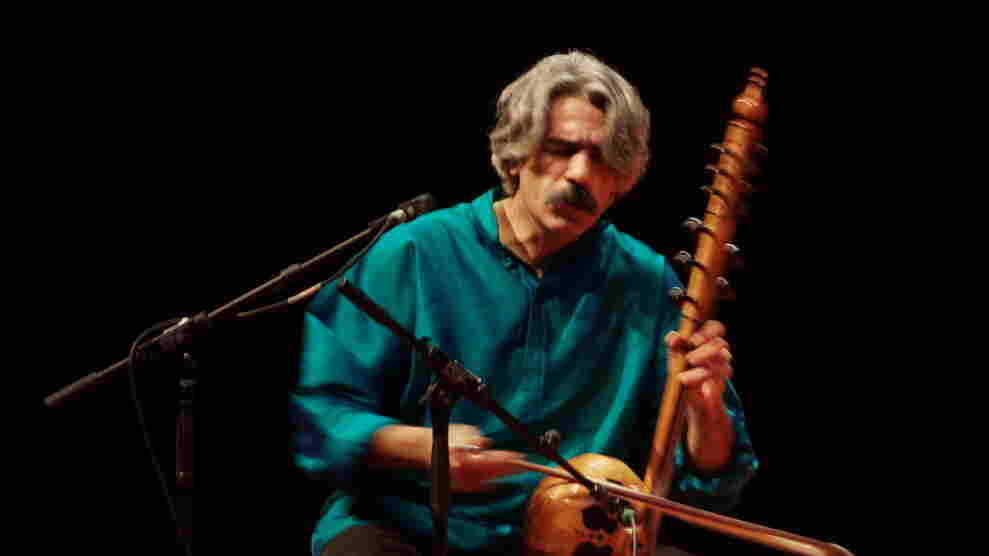 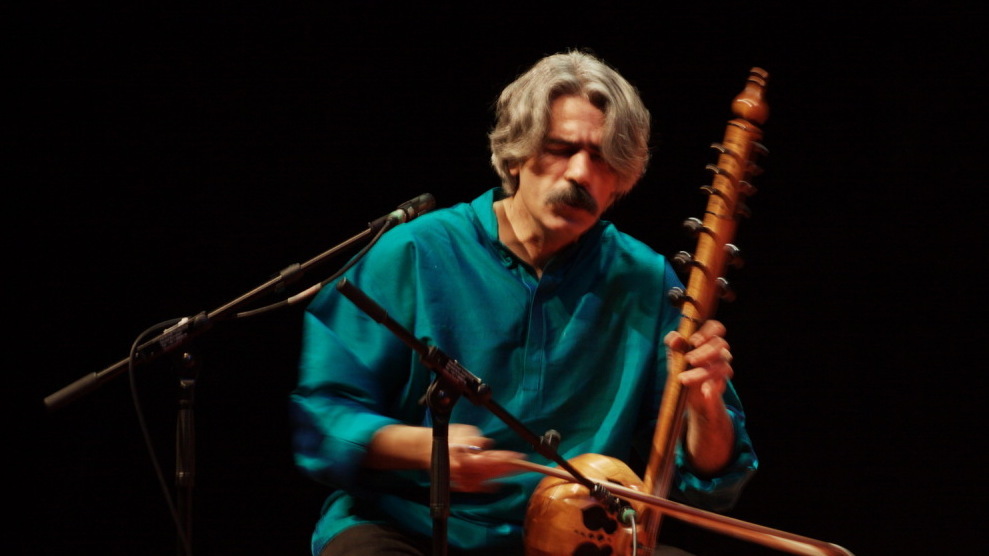 Kayhan Kalhor's new album, I Will Not Stand Alone, comes out Feb. 14.

Looking back, looking ahead: In many ways, that's long been Kayhan Kalhor's natural starting point as an artist. One of the great masters of the ancient music of his native Iran, he is a virtuoso player of the kamancheh, a small, bowed, spike-ended fiddle. But he's also led the way as one of Persian music's supreme innovators. A frequent collaborator of Yo-Yo Ma in the Silk Road Ensemble and a three-time Grammy nominee, he has also partnered with the New York Philharmonic, the Pulitzer Prize-winning composer Osvaldo Golijov and the string quartet Brooklyn Rider. Kalhor has led the way in creating soulful music that both reaches inward and looks out.

Just as in every realm of traditional Iranian art, from minutely scaled miniatures to intricate poetry to endlessly ornamented carpet weaving, the goal in Persian classical music is for both artist and listener to become ecstatically enraptured — to become lost in the moment. That goal, though, is wrapped within the hugely demanding framework of Persian classical tradition. In this style, a musician is valued not just for knowing by heart an enormous body of composed music and being able to play that music brilliantly, but also for how he or she takes that tradition to a new place via improvisation. (Imagine a framework that combines the technical demands and intellectual structures of both Western classical music and jazz, and you'll start to get some sense of Persian music.)

At the beginning of the Iranian Revolution, Kalhor went abroad to pursue music, moving to Italy, then Canada and then New York, where he was a longtime resident before returning several years ago to live in Iran. Since the revolution, however, musicians and fans have long endured cycles of official condemnation, encouragement and grudging tolerance of Iran's classical and traditional music, and Kalhor is not one for making overt political pronouncements. But he calls I Will Not Stand Alone, recorded in Tehran in February 2011 — after the bloody repression of his country's extraordinary Green Movement — a reflection on "one of the most difficult stages in my life, where darkness and violence seemed to be taking over." But out of that existential sense of isolation came a realization and a decision: As an artist, Kalhor chose to "be with people and play music for them," to connect culture to community and person to person.

Ever an experimenter, Kalhor recently worked with an Australian instrument maker named Peter Biffin to create a brand-new instrument called the shah kaman. It's an even deeper-voiced instrument than the kamancheh, the bowed, spike-ended fiddle Kalhor usually plays. With its five main playing strings and a series of sympathetic strings, the shah kaman's mahogany-esque, viola-like richness creates even more penetrating depth.

On I Will Not Stand Alone, out Feb. 14, Kalhor and colleague Ali Bahrami Fard — who plays a bass santour, a hammered dulcimer whose dark tonal range complements the shah kaman — create magic. Often, their musical conversation is so intimately scaled and deeply personal that to listen seems just short of intruding. But when they let loose in passionately felt, expertly realized and dazzlingly fast passages, they soar, and so do we.