Accessibility links
First Listen: Gotye, 'Making Mirrors' Making Mirrors, out Jan. 31, finds Gotye making the most of a canny notion: that the pop sounds of the '80s didn't fall out of fashion so much as fall victim to dated production. 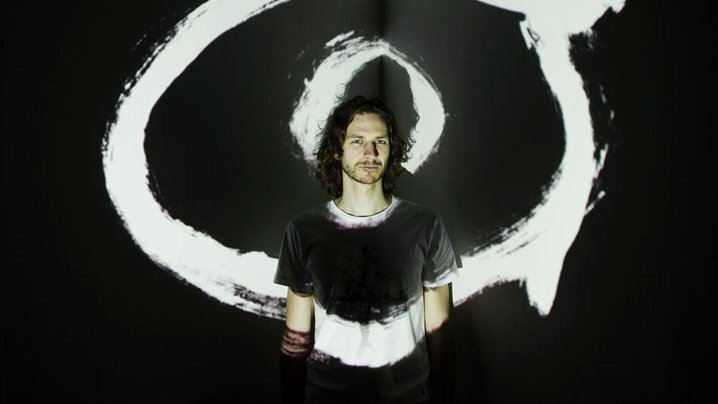 Australian singer Gotye — who pronounces his name go-tee-yay, which is shorter but harder to say than his real name, Wally Debacker — has traveled quite a ways down the long road to ubiquity. Several records into his career, he has a smash on his hands with the breakup jam "Somebody That I Used to Know," and his new album Making Mirrors (out Jan. 31) looks primed to spawn a few more hits as 2012 wears on.

With its sly hooks and standout guest vocal from Kimbra, "Somebody That I Used to Know" sounds like an early-'80s pop hit without the saxophones or electric pianos. To put it mildly, it's not the last time that decade springs to mind when listening to Making Mirrors. Where "Somebody" conjures images of, say, The Police or Toto (your pop-cultural reference points may vary), the soulful sparkler "In Your Light" updates a riff straight out of George Michael's "Faith," while "Smoke and Mirrors" finds Gotye dressing down an enemy with a bit of world-weary, Peter Gabriel-esque seething. Even "Higher Love"-era Steve Winwood finds a home here, in "I Feel Better."

Tellingly, once Making Mirrors offers up a more modern sound about two-thirds of the way through — with the Vocoder-infused "State of the Art" and the two dreamily atmospheric songs that follow — the album feels less grabby and more sonically adrift. Until then, though, Making Mirrors finds Gotye making the most of a canny notion: that the pop sounds of the '80s didn't fall out of fashion so much as fall victim to dated production. By freshening up the feel but maintaining the drama, he lands on a batch of songs timeless enough to survive the next 30 years.