Accessibility links
Ralph Fiennes On Taking Risks With 'Coriolanus' Ralph Fiennes is known for being a multi-faceted character actor. On film, he's immersed himself in roles as varied as a Hungarian count to one of the most memorable screen villains, Lord Voldemort. But his latest role, as Shakespeare's Coriolanus, may be one of his most challenging, the actor says. 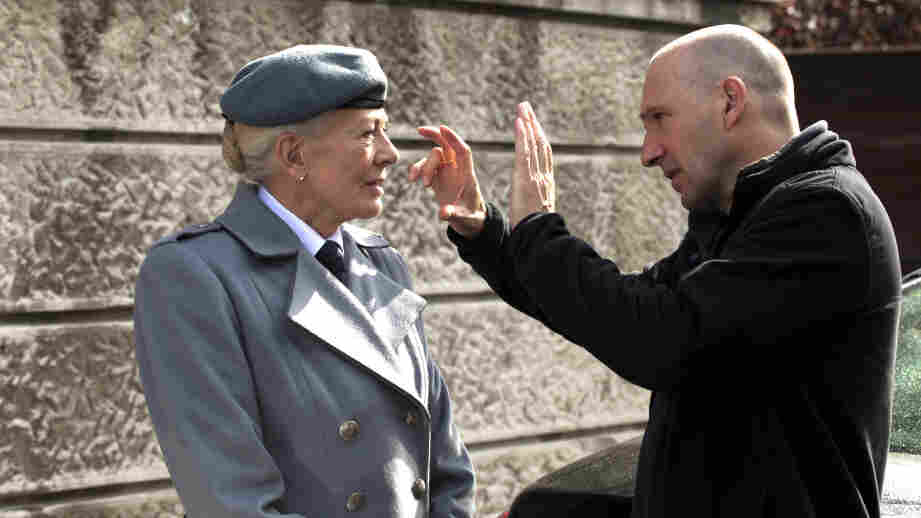 For his directorial debut, actor Ralph Fiennes brings William Shakespeare's work to the big screen with a modern adaptation of Coriolanus. Fiennes also stars as the eponymous Roman general, a role he played on the stage 11 years ago.

"I had this feeling that if you were to clear away a lot of the denser passages, and shorten it and edit it, you are left actually with a very visceral, sinewy political thriller," Fiennes says. 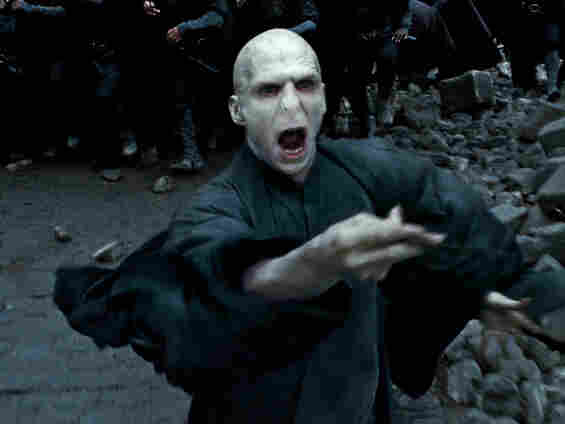 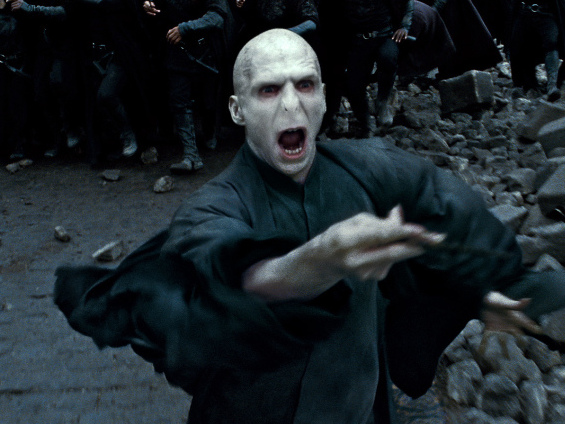 Bad To The Bone? No stranger to characters with autocratic tendencies, Fiennes played the evil wizard Voldemort in the Harry Potter films.

Fiennes worked closely with screenwriter John Logan, best known for co-writing the Academy Award-winning Gladiator and writing Hugo, on interpreting the play and turning it into a modern-day tragedy for the big screen. Remaining loyal to Shakespeare's original language and verse was seen as a risk by many in Hollywood.

"Some producers and people did ask me would I rewrite the project," Fiennes says. "I carry a flag for Shakespeare's verse. It was the reason I became an actor, because I was moved and excited by Shakespeare's language and Shakespeare's stories."

Fiennes' career as an actor is impressive and extensive, but he'd never directed himself in a film. Coriolanus forced Fiennes to watch himself closely, analyzing his acting in a way that he never had before.

"You are confronted with all kinds of facial takes, vocal mannerism, things that make you embarrassed, recoil," Fiennes says. "That was painful and I still feel slightly awkward when I see myself up there, but I felt I learned a lot about acting."

'Coriolanus': A People's Hero Turns On His Own

In both the movie and the play, the character of Coriolanus is filled with an enduring rage. Fiennes says this rage, both thrilling and terrifying, makes the role difficult.

Fiennes has played some of the most critically acclaimed villains on screen. In Schindler's List, he earned an Oscar nomination for his portrayal of Amon Goth; in recent years, he made his mark as Lord Voldemort, the dark wizard in the Harry Potter movies. But when NPR's Raz asked Fiennes about his dream role, his answer veered from the roles for which he's known.

"What I really would love is the unknown part, the part that's going to be written," Fiennes says. "I guess I'd love to be surprised by something I had never thought of."