Accessibility links
Mexican Cousins Keep Romney's Family Tree Rooted Mitt Romney's forebears migrated south of the border in the late 1800s, but most returned to the U.S., fleeing the violence of the Mexican revolution. One branch of the family found their way back to Mexico and follow their cousin's campaign with pride. 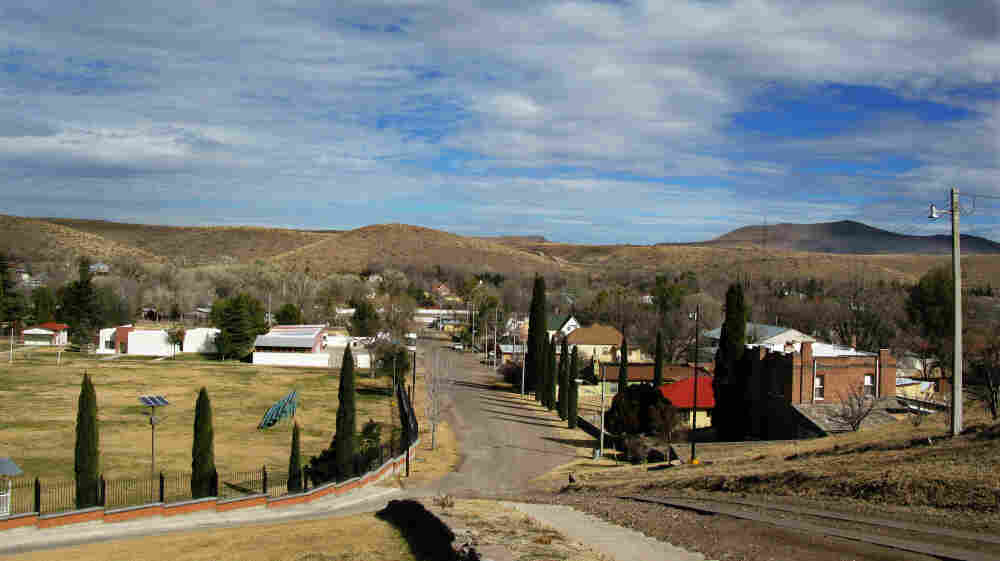 Colonia Juarez is an orderly, prosperous town with a population of approximately 1,000 people, located at the foot of the western Sierra Madres in Mexico. Of the population, most are Mormons and about 40 are Romneys. John Burnett/NPR hide caption 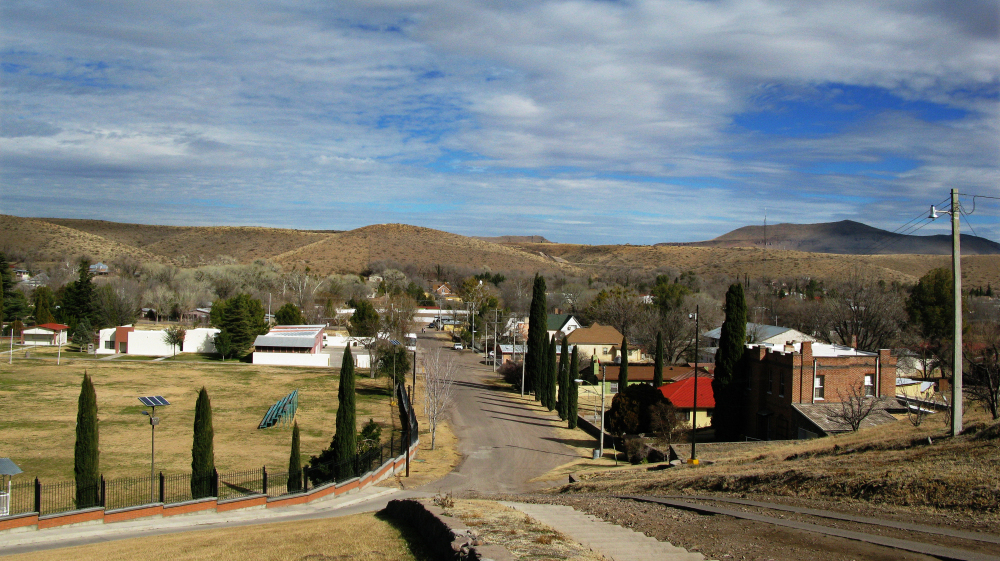 Colonia Juarez is an orderly, prosperous town with a population of approximately 1,000 people, located at the foot of the western Sierra Madres in Mexico. Of the population, most are Mormons and about 40 are Romneys.

Hispanic voters are a key group in the presidential race, and Republican hopeful Mitt Romney has been reaching out to them. Should he tell them that he himself is the son of an immigrant from Mexico?

Romney's father, George, was born in the state of Chihuahua, in a colony of polygamous Mormons.

Romney rarely speaks about the Mexican branch of his family, and he's never visited his numerous cousins south of the border — but the Romneys of Mexico are all rooting for him.

One of them was Miles Park Romney, the great grandfather of Willard Mitt Romney.

Miles Park Romney — a Utah builder­­ with a massive head and a square jaw — had four wives and 30 children.

Today, some of their descendants still live about a four-hour drive from El Paso, in the Mormon colonies in northern Chihuahua, where mainstream Mormons no longer practice polygamy.

Kent Romney, 67, is a talkative peach grower and fishing-lure manufacturer who proudly gives a tour of Colonia Juarez. It's an orderly, prosperous town located at the foot of the ruggedly beautiful western Sierra Madres.

About a thousand people live here; most of them are Mormons.

"We have Meredith and Karen Romney," Kent Romney says. "Meredith has a brother named Kelly Romney ..."

In all, he counts about 40 Romneys.

In 1912, the Mormons fled their colonies in Mexico to escape the violence of the Mexican revolution.

Miles Park Romney begat Gaskell Romney, who begat George Romney. George — who was never a Mexican citizen — was 5 years old when the family left Mexico. He went on to be an auto executive, governor of Michigan, and a presidential candidate. George begat Mitt, who was born in Detroit.

Most of the Mormons never went back to Mexico. But one of Miles Park's sons, Miles Archibold, did return. And it is his progeny who remain here today, Mitt's second cousins.

I think that if Mitt wins this president of the United States, it's because God wants him there.

Romney's Mexican relatives live in large, suburban American-style homes; they speak perfect English and hold dual citizenship; they shop in El Paso; and their children attend college in the states.

"So people ask why Mitt hasn't come down and met his family in Mexico," Kent Romney says. "Well, we're kind of distant cousins. We're not part of the Gaskell-Romney family line."

A sign on his wall says, "Romney: Families are forever." Kent says he feels a blood kinship to Mitt.

"Oh definitely," he says. "I've never met a Romney I'm not related to."

Sitting on a plaid sofa under a picture of Jesus, in his house down the hill from a white Mormon temple, Kent Romney opens The Life and Story of Miles Park Romney, written by Thomas C. Romney, and reads a passage about the family DNA.

"He says, 'Mental and emotional characteristics peculiarly noticeable in the family are an indomitable will and a bulldog determination which is reinforced by a courage and an honesty of purpose.'"

The Romneys of Mexico have avidly followed Mitt's pursuit of the Republican nomination.

She is careful around a reporter's microphone, not to say anything that might harm Mitt's chances.

"We don't want him to be portrayed as coming from a weird or strange background with roots in Mexico with, you know, polygamy. We're just as normal as anybody else," she says

Rather than dwell on the region as a haven for polygamists, Kent Romney would rather talk about the reported miracle that made their valley fertile.

"When the pioneers first came to this valley to settle, they soon discovered there wasn't enough water running in the river to sustain agriculture," he says. "They gathered together and through fasting and prayer prayed the water and the river would increase."

An earthquake in 1887 cracked open a fissure and uncorked an aquifer that has been irrigating their peach and apple orchards ever since. They consider it an act of God.

As devout Mormons, the Romneys avoid coffee and tobacco, fast once a month, and wear the sacred undergarments. They believe in family, probity and hard work.

"If you don't prune, your peaches will be too small and overloaded, and you won't get a good quality peach," he explains.

He believes his cousin's candidacy is nothing less than prophetic. 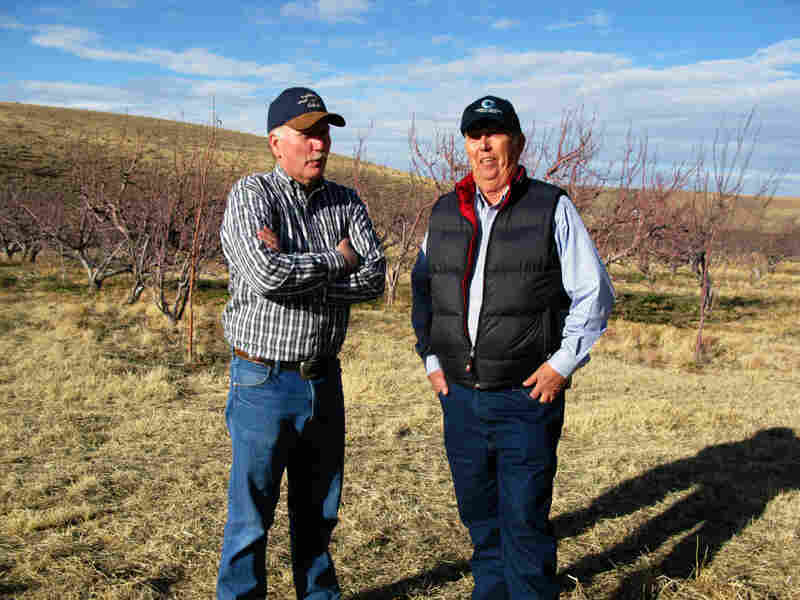 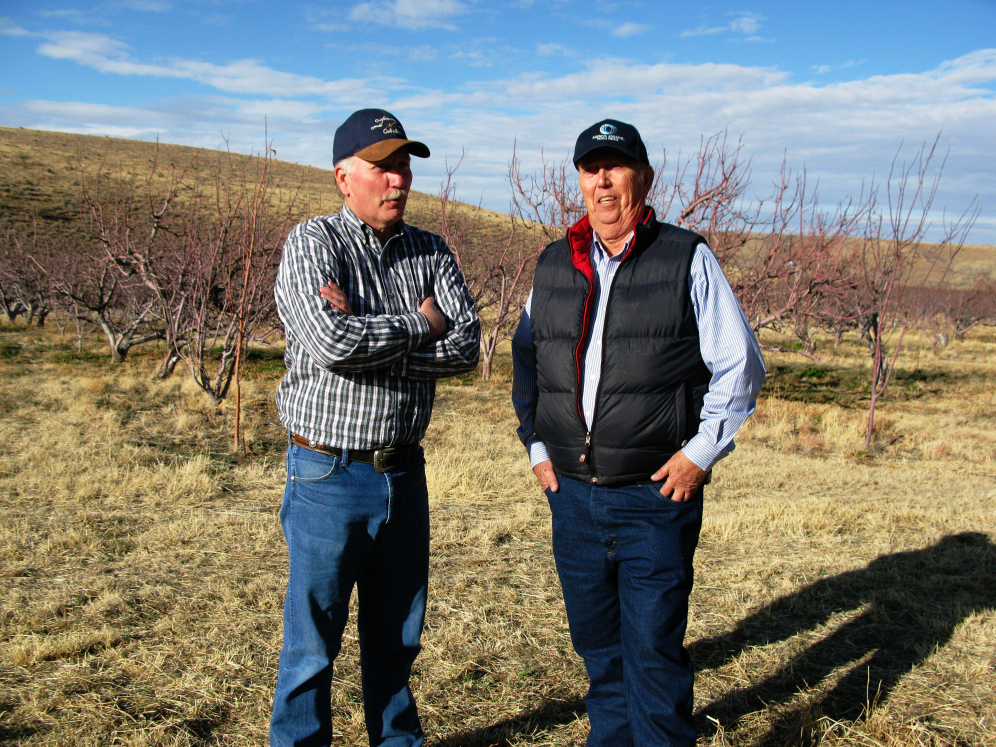 Mormons believe that in the last days before the second coming of Christ, the world will degenerate into turmoil. Given that focus, Mexico appears to be well on its way, plagued as it is by rampant crime and drug-related murder.

Two years ago, thugs kidnapped Meredith Romney, the former temple president, at his ranch and held him for three days in a cave before his family was able to win his release.

"We were pretty shook up about it," says his brother, Kelly, a rancher and chili pepper farmer. "My younger brother was doing the negotiations and I was there with him."

The spiraling lawlessness has prompted a few Mormons to abandon the colony, as their forebears did a century ago during the revolution. But the majority have stayed; they've installed a guard house at the high school and gotten advice from a counterkidnapping expert.

"We're a little more cautious," Kelly says. "My ranch is in a pretty dangerous area. Try to take someone with me more often. I go into the ranch different roads. Just simple little things like that."

Kelly is conservative, like most Mormons. A copy of Ann Coulter's How to Talk to a Liberal sits on the table.

He thinks Mitt, the tested businessman and trusted church leader, would make a fine president. But he differs sharply with his cousin's hard line on illegal immigration.

"You can't just split families up, round 'em up, ship em all back to Mexico," he says. "We need to work out a solution that benefits both countries."

Kelly, in fact, would love it if Mitt would visit Colonia Juarez and learn about the complexities of immigration from a Mexican perspective.

So far, the candidate has not sought out his cousins in Mexico for advice.