Attorney General Eric Schneiderman joined with other state attorneys general last year who were suing five large mortgage servicers. But he was disturbed by the shape of the agreement, and says banks wanted broad protection from lawsuits over other mortgage practices. So he started his own investigation. 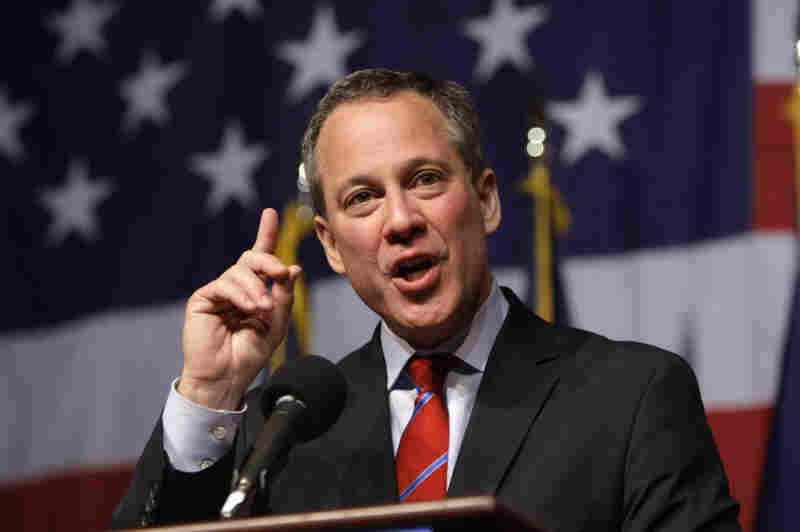 New York Attorney General Eric Schneiderman may reject a settlement with big banks over the robo-signing scandal. He says authorities have done too little to investigate the banks' role in the financial crisis. Frank Franklin II/AP hide caption 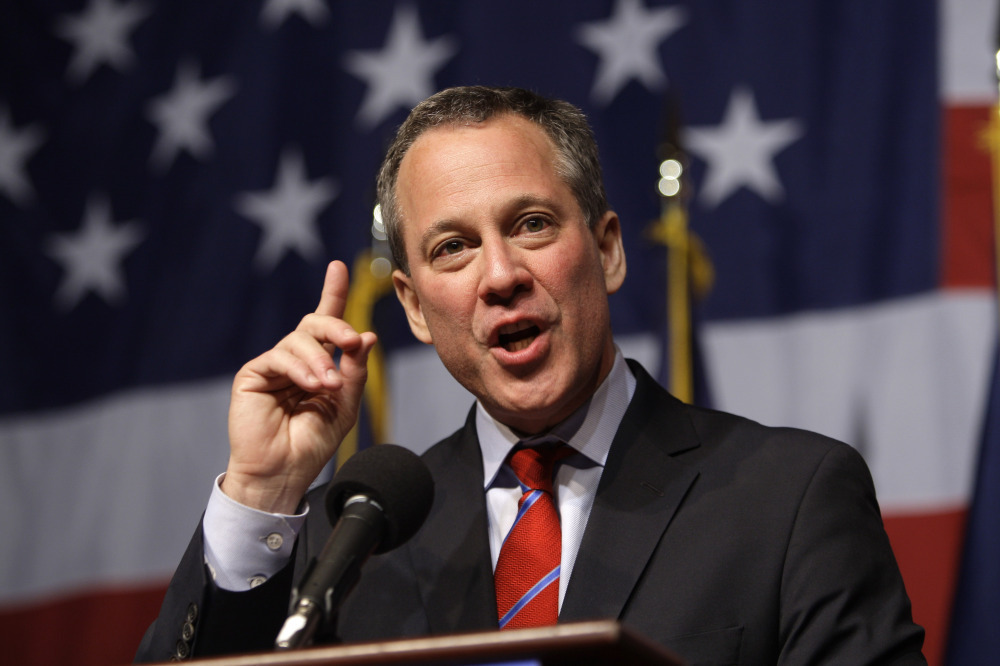 New York Attorney General Eric Schneiderman may reject a settlement with big banks over the robo-signing scandal. He says authorities have done too little to investigate the banks' role in the financial crisis.

Some of the biggest banks in the country are reportedly close to a settlement with authorities over the so-called robo-signing scandal in which mortgage company officials signed and notarized foreclosure documents without properly reviewing them.

But the much-delayed settlement still faces challenges. New York Attorney General Eric Schneiderman is raising objections, and may reject the settlement because he believes authorities have done too little to investigate the role of big banks in the financial crisis.

On a ride with the attorney general in his state-issued SUV, we pass the site of the Occupy Wall Street protests. Schneiderman didn't take part in the protests, but he agrees with some of the message.

"People aren't sure what happened, but they know that ... this was a man-made catastrophe, [and] that there are people who caused the bubble and the crash," he says.

So Schneiderman is out for justice — his idea of justice.

Starting His Own Investigation

When he became attorney general a little over a year ago, Schneiderman joined with other state attorneys general who were suing five large mortgage servicers, including Bank of America and JPMorgan Chase. The idea was to get a settlement with these banks that could bring in aid for hundreds of thousands of troubled homeowners who had been served faulty foreclosure documents.

I wasn't willing to provide a release that ... released conduct that hadn't been investigated, essentially. So we started our own investigation.

But the shape of this agreement disturbed Schneiderman. He says banks wanted broad protection from lawsuits over other mortgage practices, like how huge volumes of bad loans were made to begin with, or the creation of toxic mortgage-backed securities.

"I wasn't willing to provide a release that ... released conduct that hadn't been investigated, essentially," Schneiderman says, "so we started our own investigation."

"This started to catch on, and I guess the AG who was leading this effort decided he didn't particularly like my critique so he — they — removed me from the executive committee," Schneiderman says.

Another Version Of The Story

This was in August. Tom Miller, the Iowa attorney general and a fellow Democrat, strongly disputes this version of events. Miller says Schneiderman wasn't ejected; he quit. And, Miller says, he was not about to give banks some kind of blanket immunity. Either way, an ugly rift was now out in the open.

Schneiderman is pushing ahead with his probe. He has more than a dozen lawyers on the case, and says they are finding "really interesting evidence of misconduct."

But he isn't offering any specifics.

Jeffrey Naimon, an attorney who frequently represents banks in court, isn't ready to call Schneiderman's probe "posturing." But he believes Schneiderman will find evidence only of bad judgment — not fraud.

Naimon sounds confident, but people in the banking industry are watching Schneiderman closely.

Schneiderman was born and raised in Manhattan, the son of a successful corporate lawyer. He went to private schools, and got an early taste of the law while working as a deputy sheriff in a Massachusetts prison.

Later, as a state senator, Schneiderman championed the rollback of a 1970s law that harshly punished possession of even small quantities of drugs.

Criminal justice reform is far from high finance, but Schneiderman draws a common thread: the need for equal justice.

Eliot Spitzer, a former New York attorney general, says that on the mortgage settlement issue, Schneiderman has already forced a change in thinking on the national level.

"We don't know where it will end up, but I think he has been a very good voice saying that the position that had been taken by most state AGs and Washington was not sufficiently rigorous," Spitzer says.

However, if the other state attorneys general reach a settlement with banks over robo-signing, troubled homeowners could start to get checks in the mail. If New York is not a part of it, Schneiderman will have to explain why homeowners in his state aren't getting help, and why it's worth it to continue investigating.