Accessibility links
First Aid Kit: Swedish Blood, American Hearts The two sisters from Stockholm have a sound steeped in the traditions of American country and folk. Their new album is called The Lion's Roar. 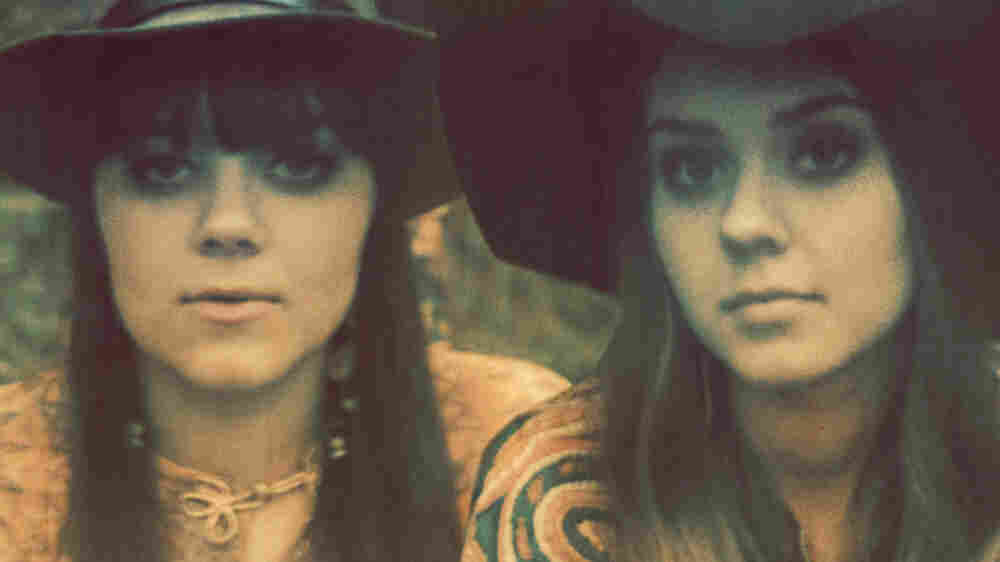 First Aid Kit is two sisters, ages 18 and 21, from Sweden. But their music sounds like a slice of Americana: acoustic guitar, autoharp and lots of vocal harmony.

Klara and Johanna Soderberg wrote the songs for their new album, The Lion's Roar, while on their last tour. Many started with ideas, short riffs, recorded on a cellphone.

"Klara had done some different parts for different songs. And I just listened to it and I realized that we can just put all these ones together, and it's a finished song," Johanna explains.

First Aid Kit is known for sweet melodies paired with lyrics that are often dark — like the song "Blue," which includes the couplet, "And the only man you've ever loved that you thought was gonna marry you / Died in a car accident when he was only 22." Klara says she's been writing songs like this since she was 14.

"Writing the song is sort of like dealing with the fear of becoming these women ourselves," Klara says.

The song "King of the World" is a collaboration with Bright Eyes, whom Klara credits as the reason she started writing songs at age 12. She says she never imagined she'd team up with one of her heroes.