Accessibility links
The Nation: Six GOP Questions The remains of a Republican presidential field will gather Jan. 23 in Florida for a presidential debate that could again reshape a rapidly evolving race. John Nichols of The Nation provides six questions for the GOP field. 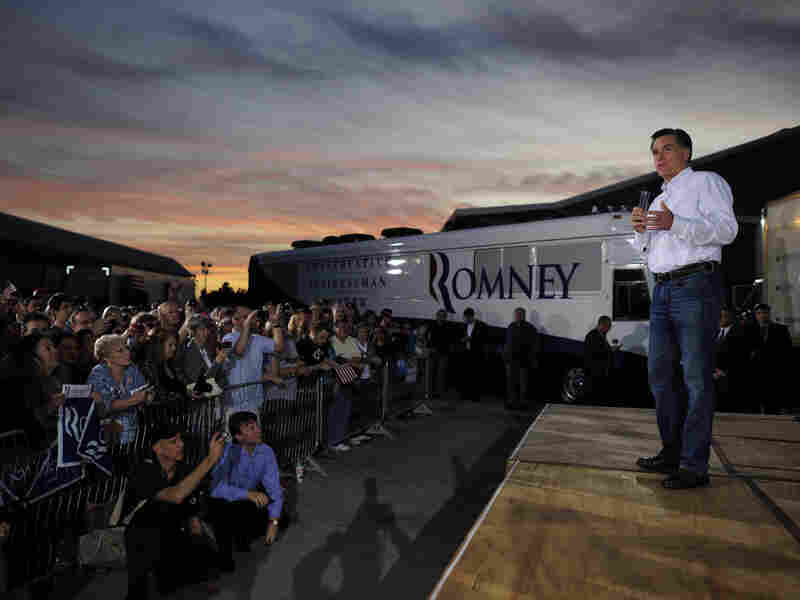 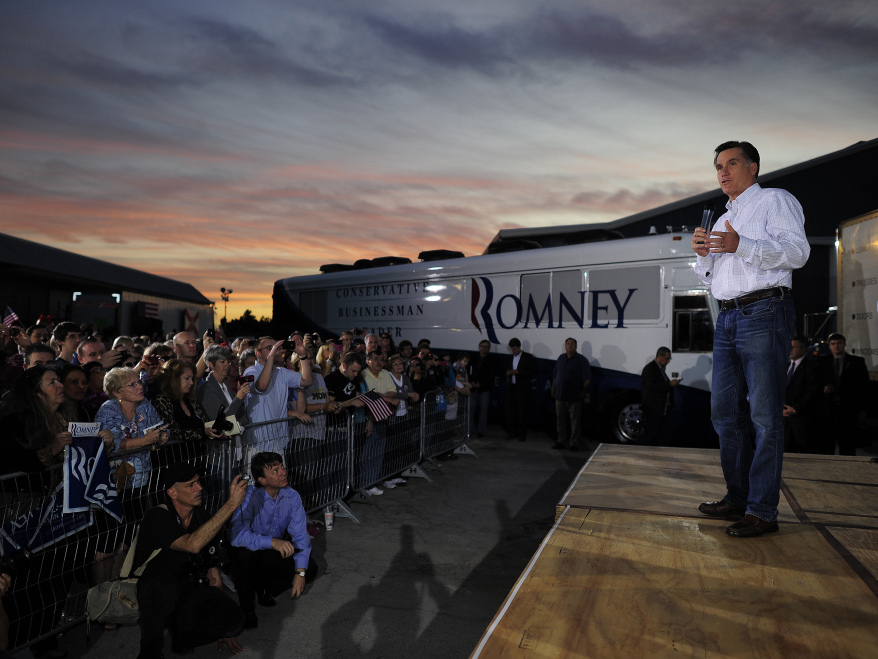 John Nichols is a writer for The Nation.

The remains of a Republican presidential field that has lost three major contenders in as many weeks will gather Monday night in Florida for a presidential debate that could again reshape a rapidly evolving race. Just one week after former House Speaker Newt Gingrich's charged performance in a South Carolina debate gave him the momentum he needed to secure a landslide win in Saturday's primary, the candidates will again form the circular firing squad, this time at an NBC News/St. Petersburg Times/National Journal debate that will provide the first measure of a suddenly redefined race.

The debate offers an opening for Gingrich to close some new deals, just as it offers former Massachusetts Governor Mitt Romney (whom Newt now dismisses as a "very good salesman" hawking a "really weak product") an chance to prove he can take a hit and keep on fighting. It also provides Rick Santorum (who now denounces his former House leader as "a very high-risk candidate) and Ron Paul (who simply calls Gingrich a "liar") one more chance to avoid reseating at the kids table with Buddy Roemer.

This is a new campaign. This is a new debate. And the questions should reflect the changes that have taken place.

Instead of a rehash of old talking points or new gossip, the moderator and panelists for this debate should use the South Carolina results and the latest exit-poll data to pose fresh and meaningful questions.

Here are six approaches that suggest themselves — and that could force the candidates to say something that matters:

2. According to an analysis of exit polling data by the New York Times, "nearly two-thirds of the voters were evangelical or born-again Christians — slightly more than in 2008. And these voters came to the polls looking for a candidate who shared their religious beliefs. Three-quarters of evangelicals said that it mattered to them that a candidate share their religious beliefs." Among the more than one-quarter of Republican primary voters who said that it "matters a great deal" that the candidate they vote for share their religious beliefs, 90 percent opposed the presumed front-runner in this race: Mitt Romney. Is that because Mr. Romney is a Mormon? If so, what can you say to the substantial portion of Republicans who seem to object to having a Mormon as their party's presidential nominee?

4. Among voters under the age of 30 in South Carolina, Mitt Romney finished fourth — behind Ron Paul, Newt Gingrich and Rick Santorum. Among voters under the age of 25, Romney got just 15 percent of the vote — less than half of that cast for Paul. What is is about Ron Paul that so appeals to the rising generation of Americans? And, do you worry that, if Romney is nominated, the party will have little or no appeal to young voters?

5. Eighty-eight percent of South Carolina Republican primary participants said debate performances were a factor in determining how they voted. It is generally agreed that Newt Gingrich benefited from strong debate performances. It is generally agreed that some candidates, particularly Rick Perry, were destroyed by weak debate performances. Gingrich now proposes to challenge President Obama to seven three-hour debates during the fall campaign. That would be an unprecedented level of debating in presidential politics. Is that the right approach for the party? Would the other candidates make the same debate commitment? Do the other candidates think they could do as well as Gingrich in those debates?

6. South Carolina held an open primary election, as compared with Iowa's caucuses and New Hampshire's relatively closed primary. While the first-caucus and first-primary states saw only marginal improvements in turnout, South Carolina's was way up. And, by all accounts, South Carolina counted the votes accurately and produced a clear result — as opposed to the Iowa mess that fostered the lie of Romnevitability. Isn't it time to create a uniform and functional system for nominating candidates? Shouldn't caucuses, which invariably draw narrower portions of the electorate, be eliminated? And shouldn't all states have open primaries where everyone who wants to vote Republican can do so? And shouldn't the rules be structured so that all serious contenders can have a place on the ballot — even in Virginia?