Accessibility links
Is 'The Hunger Games' Building Too Much Buzz For Its Own Good? The Hunger Games will be one of the most hyped films of 2012. Is it too much already? 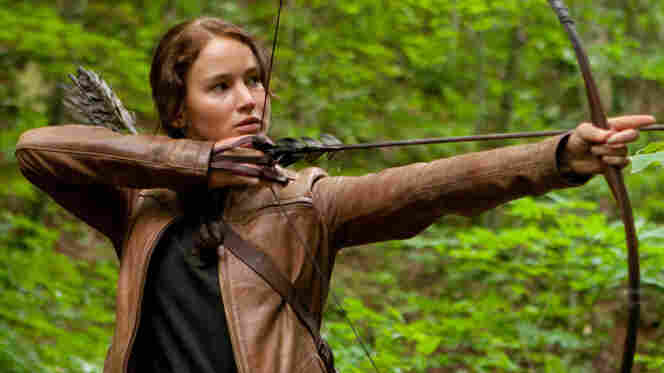 Jennifer Lawrence as Katniss Everdeen in one of the many promotional images sneaking out for The Hunger Games. Murray Close/Lionsgate hide caption 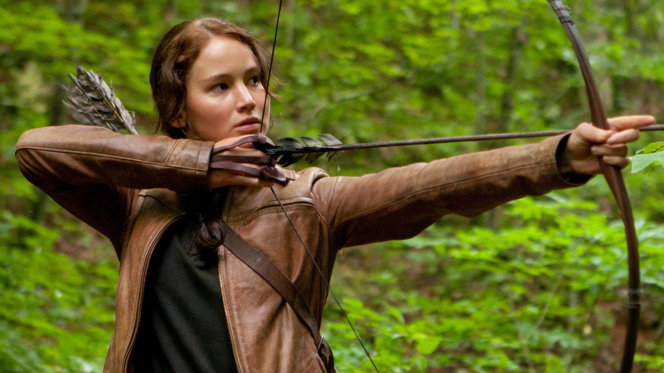 Jennifer Lawrence as Katniss Everdeen in one of the many promotional images sneaking out for The Hunger Games.

Another day, another The Hunger Games doodad.

It seems like every time you turn around, there's another teaser of some sort of The Hunger Games, which comes out March 23. There are cast shots, posters, trailers, exclusive magazine features, product tie-ins ... not even The Dark Knight Rises pops up in my RSS feed quite so often, offering a new something-or-other. ("Another day, another still" said IFC on January 17.) With two months to go, the marketing is already at a fever pitch, which already has fans of Suzanne Collins' book series talking about how they cannot wait for the movie, because they're just so excited.

And the frustrated worrywart in me believes it might all be too much. 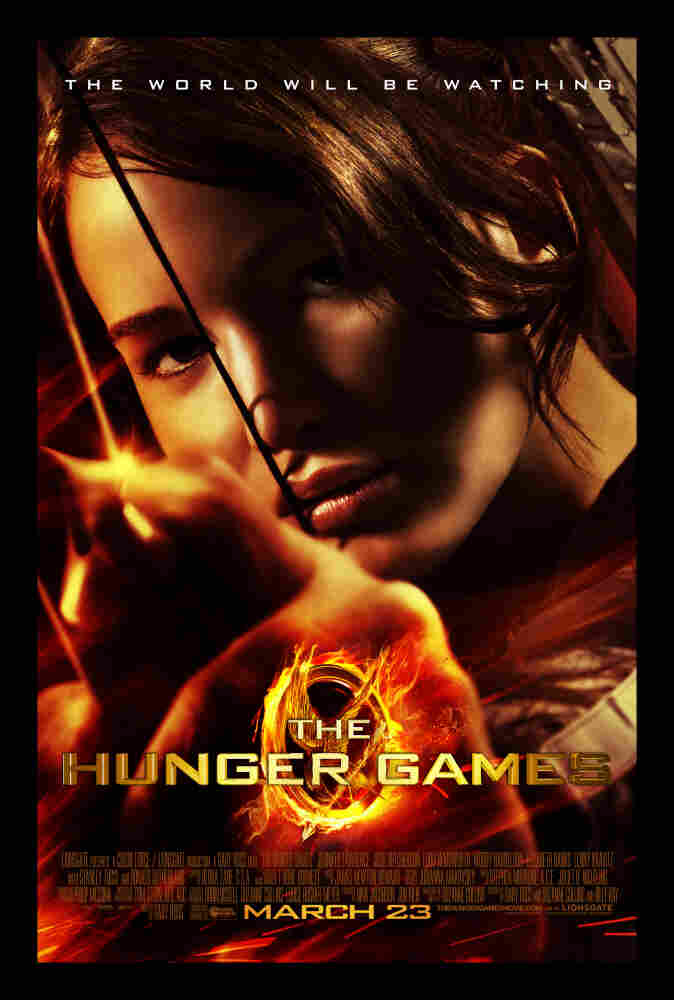 The desire to build a genuine frenzy is an understandable one. How can it not seem like a good idea to get everybody talking, to keep the buzz — an unfortunate word that can apply equally to genuine substantive anticipation as well as ginned-up hot air — as high as possible? If one teaser poster gets people cranked up to a 10, surely it's a good idea to release ten teaser posters to crank them up to 100, right? How else do you become the next Harry Potter, able to make a gazillion dollars with a single blink?

Maybe. But driving up the event aspect of your film to a ridiculous level is dicey. (Remember Snakes On A Plane? Sure you do. How about Wolverine? Watchmen?) You can market your film as hard as you want, and it's still possible for anything to happen once it actually gets into the wild. (For an awards-season version of this fundamental truth, consider my friend Joe Reid's very simple but sharply funny new Tumblr, This Had Oscar Buzz.) Yes, The Hunger Games will make a lot of money from the people who will see it no matter what, but so did The Hangover Part 2, and it's still widely viewed as a disappointment. Or for perhaps a more relevant comparison, consider David Fincher's The Girl With The Dragon Tattoo. Hugely buzzed about, talented director, heavily promoted with well-received trailers, teasers for everything, built-in audience, and then: greeted on arrival with decent money but largely a pop-cultural shrug. In fact, it may wind up on This Had Oscar Buzz in about three months.

To return to Potter, yes, The Hunger Games is similarly a book that many people love very much and take very much to heart. But it doesn't have some of the advantages that the Potter books have. It doesn't have the whimsy — particularly the whimsy of the first movies, with their Quidditch and spell-casting and wizard school — to leaven it and make it fun. It's a dark, dense story, full of killing and misery and sacrifice, without nearly the opportunity for playful whiz-bang that Harry Potter offered. Past hugely successful franchises, from Star Wars to the Indiana Jones movies to James Bond, have had that mix of tension and playfulness. This story doesn't, really. Sure, neither did The Dark Knight, but that brought the entire weight of Batman to bear on the proceedings.

Eager fans have already been fed, and they have followed, every casting announcement down to Second Barrel-Wearing Peasant On The Left. Many of them are understandably excited about a tense, stylish trailer that features Jennifer Lawrence (a fantastic actress, whether she's quite right for Katniss or not) in a bunch of iconic moments from a story they love. But nobody has seen the through-line yet. Nobody has seen what kind of chemistry Lawrence has with either of her leading men, Liam Hemsworth and Josh Hutcherson, for more than a couple of seconds at a time. Nobody has seen how the violence, extreme in the book, will be held to a PG-13 level, or what that will do to the weight of the story. Expectations are already so high; the cultural eagerness to pronounce ourselves underwhelmed (the tyranny of "meh," as it were) is so palpable.

There's no risk in hype unless you believe — which, as it happens, I do — that at times, movies that would really impress people who were only shown a simple trailer often seem like letdowns when they've seen twenty teaser posters that seem to promise a movie that will rattle the world.

None of this is to say the movie will actually be underwhelming. Not at all. The trailer looks about as good as you could ask it to, given the casting decisions. None of this is to condemn the actual movie in any way. It's only to wonder whether it's smart to feed the obsession on a near-daily basis, to encourage people to spend months talking constantly about how they cannot wait for a movie to come out, if your hope is that they will walk away feeling like it lived up to their expectations.