Accessibility links
Online Lottery Could Be Coming To A State Near You Several states are now pushing forward with plans to offer lotteries on the Internet. That's in the aftermath of a federal ruling that states are free to conduct online gambling within their borders. But some worry it opens the door to new bankruptcies and addicted gamblers. 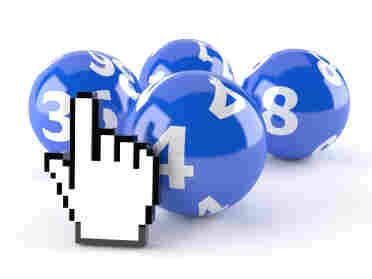 Several states — including Illinois and New York — are now pushing forward with plans to offer lotteries on the Internet. iStockphoto.com hide caption

Several states — including Illinois and New York — are pushing forward with plans to offer lotteries on the Internet. That's in the aftermath of an opinion from the Justice Department that reverses a long-standing policy and says states are free to conduct online gambling within their borders.

The lottery issue came to the forefront when the two states, which were both moving forward with Internet lottery plans, asked the Justice Department for clarification. The answer came two days before Christmas, when federal authorities said the 1961 Wire Act — long considered a provision prohibiting all Internet gambling — only prohibits betting on sports.

"What that means is [that] states are now free to do just about anything they want," says gambling analyst and Whittier law professor I. Nelson Rose. Rose says the Justice Department opinion was a Christmas present from the Obama administration to cash-strapped states, which will be able to raise hundreds of millions of dollars.

2006 – The Unlawful Internet Gambling Enforcement Act of 2006 curbs a boom in online gambling by prohibiting businesses from accepting payments from a bet or wager that involves the use of the Internet. Online gambling sites, which previously generated an estimated $6 billion a year from poker alone, are driven underground.

2010 – Officials in New York and Illinois press the Department of Justice on whether existing laws might prevent them from selling lottery tickets online.

2012 – Following the call for clarification, the Department of Justice issues a lenient interpretation of the Wire Act of 1961, which states that the prohibitions on betting via telecommunications systems apply only to "sport-related gambling activities." Effectively, this means states can authorize online gambling as they see fit.

Illinois Lottery director Michael Jones says people in Illinois should be able to buy tickets online for the Lotto and MegaMillions games by early spring and for Powerball in the near future.

"The issue here is very simple. All the state Legislature wanted to do was to have the lottery mirror people's buying habits with the kind of retail channel everybody uses to buy plane tickets, books and concert tickets," Jones says.

With the need for revenue so great, states are also questioning whether the ruling means they can offer other games — like online poker. It has already been legalized in Washington, D.C., along with Internet bingo and blackjack.

University of Illinois professor John Kindt is against such expansion and calls the Justice Department opinion outrageous. He says gambling on the Internet will take away money from the consumer economy and is like pouring gasoline on the recession. It's a problem that will create bankruptcies, crime and new addicted gamblers, he says.

"This will put gambling in every living room, at every work desk and at every school desk," Kindt says. "People will literally be able to click their mouse, lose their house."

But Frank Fahrenkopf, CEO of the American Gaming Association, says protections can be put in place — and already have been in places like Great Britain and France, where Internet gambling is allowed.

"We've been able to see, with the regulatory reforms that they have put in, that it can be provided in a very safe way to protect underage kids from getting online and gambling, and you can provide, by tracking, great assistance for those who can gamble responsibly," Fahrenkopf says.

Farenkopf says it's no longer a question of if there will be Internet gaming in the U.S. but how.