Accessibility links
Texas Town Embraces New Refugee Residents People in Nacogdoches, Texas, have rolled out the welcome mat for hundreds of refugees from Myanmar, also known as Burma, who moved here to work at a chicken processing plant. Though the mayor admits that immigration can be a touchy issue, residents have offered support to their new neighbors. 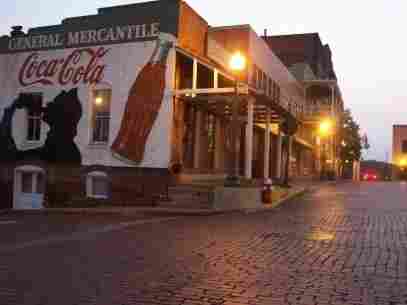 Nacogdoches – or Nac, as they say here – is home to about 33,000 people. Residents have helped welcome hundreds of refugees from Myanmar, also known as Burma. Bruce R. Partain/Nacogdoches Chamber of Commerce hide caption

Though some states have cracked down hard on illegal immigration, one small Texas town has rolled out the welcome mat for hundreds of foreigners and wouldn't mind seeing more move in.

It started about a year ago when a chicken processing plant in Nacogdoches, Texas, announced it would hire a couple hundred new workers, all of them refugees from Myanmar, also known as Burma.

"The initial reaction, it wasn't as good as it should have been," says Nacogdoches Mayor Roger Van Horn.

Van Horn recalls a tense meeting when Pilgrim's Pride said Southeast Asian refugees would debone the chicken by hand. About 33,000 people live in Nacogdoches, and the unemployment rate is low, so it's hard to find people to do this kind of work.

"Immigration is a very touchy issue in this part of the country, being so close to the border. And why are our people unemployed, and you're bringing other people in to take the jobs?" he says.

These refugees are in the U.S. legally, and what Pilgrim's Pride did in hiring them was above board, too. Van Horn says you can't pretend the Burmese aren't here. Besides, they're taxpayers now.

Pilgrim's Pride wouldn't comment, but said in an email that it was impressed by the town's support. The school district planned a welcome center. A south Texas pediatrician from Myanmar moved his practice to Nacogdoches. The Daily Sentinel, the local newspaper, wrote dozens of articles addressing customs, food and life in refugee camps. Publisher Rayanne Schmid says the paper was just trying to help people understand their new neighbors. 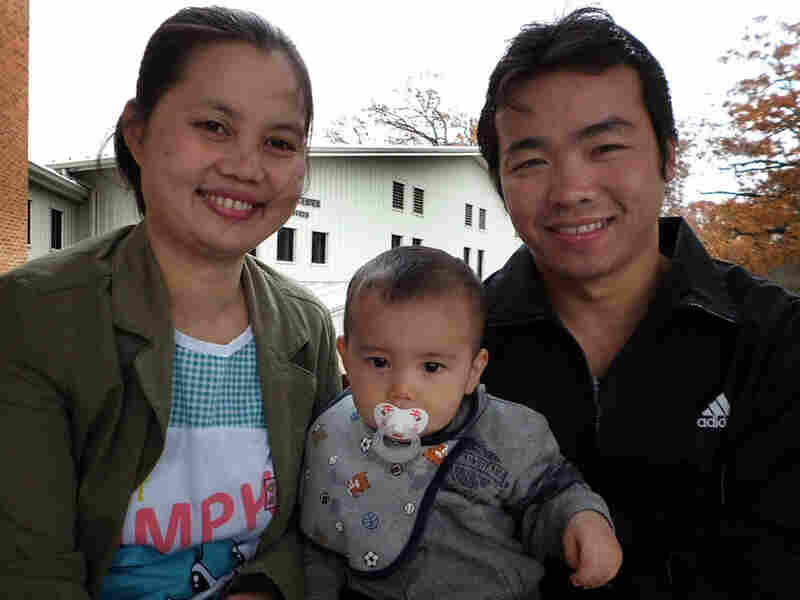 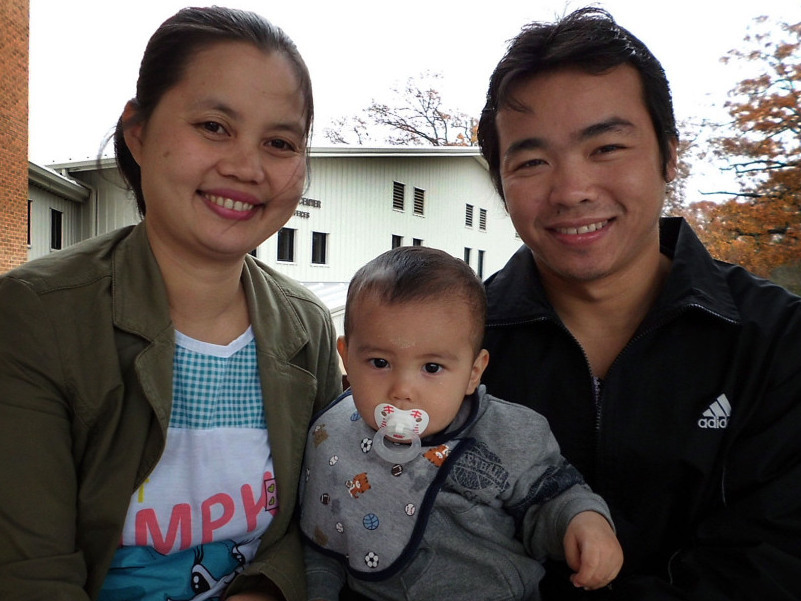 Ker Paw Nah, 27, is a supervisor at Pilgrim's Pride. He met his wife, Paw Mu Nar in a refugee camp. Their son, Hai Ler Nah, just turned one.

"We felt like the more we could explain to our community, the less frightened they would seem. And now, you see them in town, and they're just part of our community now," Schmid says.

Ker Paw Nah, 27, supervises 72 workers at Pilgrim's Pride. He moved from Houston to take the job. Other Burmese have relocated from California and Oregon. Nah wears a black Adidas jacket over his traditional woven top. He says when he needed a new home to rent members of his church helped him at every turn.

At Nacogdoches High School, 14 students are from Myanmar. And they know their future depends on learning English.

ESL instructor Katherine Whitbeck says the students are assertive about learning, and they make the honor roll. Their education could open up job possibilities beyond the chicken plant.

Upholstery shop owner Linda Greer wants to hire some refugees to alleviate her furniture order backlog. She says Nacogdoches is so receptive because they came from an oppressed country.

"You don't mind helping somebody that's good and kind and wants to work. It's a small town, and I think people in a small town have a little more tolerance," Greer says.

For the Nah family, any time they've asked for help, local residents have stepped up. Nah's dream is for his baby boy to become governor of Myanmar and bring peace to the country. Meanwhile, he has found peace in a town that adopted him far from his troubled homeland.