Accessibility links
Action, Sex And A '70s Vibe: The World Of 'Amber' Howard A. Jones isn't just a geek — he's a fantasy geek, and his favorite book is packed with violence, romance and metafictional conceits. It's Roger Zelazny's Chronicles of Amber series. 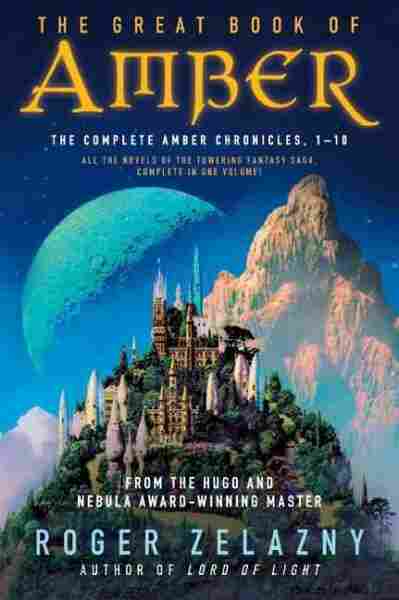 The Great Book of Amber

Howard Andrew Jones is the author of The Waters of Eternity, The Desert of Souls, Plague of Shadows and the forthcoming book The Bones of the Old Ones.

A lot of fantasy readers tell me they revisit The Lord of the Rings at least once a year. I enjoyed the trilogy myself, and know that it's a great and important work. Yet I never felt compelled to learn Elvish or dress up in hobbit feet, (although I do own a phaser with sound effects; let the geek without toys be the first to throw stones). It's not that I didn't like Middle-earth; it's just that I've never wanted to return there. Instead, I have followed the siren song time and again to the one true world: Amber.

There's nary a hobbit or elf to be found in Roger Zelazny's Chronicles of Amber series, but there's plenty of action, violence and sex, and a pace that never relents. The tale is told by the immortal prince Corwin. This lover, poet and swordsman is clever, dashing, ruthless and vengeful. He also has a curious streak of honor that keeps him from outright evil — mostly. Corwin is fascinating to follow, and sympathetic enough that you root for him even when you probably shouldn't. He's also highly quotable, especially if you sometimes wish fantasy characters were a little more sly, dry or sarcastic.

As the story opens, Corwin is waking up, sedated, in a contemporary hospital bed with no idea who he is or why he's there. Once his memory returns, the reader discovers that Earth is one of countless realities cast like shadows from the world of Amber. Corwin vows to recover the throne from his brother and seek revenge from the siblings who left him exiled on Earth, bereft of identity. But nothing in Amber is really what it seems, even the plot, which quickly develops into something far more complex and involved than a revenge drama. It even toys with metafictional conceits. If you don't blink, you might notice Corwin's brief conversation with the author himself, in the guise of a guard named Roger who is "writing a philosophical romance shot through with elements of horror and morbidity." 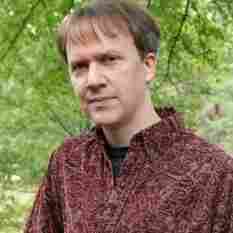 Zelazny created his fantasy with a modern sensibility, which meant Corwin and his fellows were jaded, cynical and manipulative. Of course, some of what was modern in the '70s can't help but feel a little dated 40 years later: There's the prevalence of smoking, the '70s sex vibe and larger issues, too — like the women who must once have seemed liberated but are fairly incidental to the plot. In the end, one of Corwin's sisters proves to have been a major shaper of events behind the scenes, but it does not change the fact that almost all of the onscreen time is given over to the men.

Yet even knowing this, even dreading the 30,000 words of padding that bring the final volume up to size, I still love Amber as much as my friends love Middle-earth. The pace of the action and the unveiling of mysteries gallop with speed and fury that most authors can't hope to touch. All the while Zelazny slips easily between gumshoe prose and lyrical word poetry.

And you know what? Even at 43, I still get a kick when Corwin beats down a monster or rides to the rescue, or speaks longingly of his one true love, the peerless city of Amber, nestled in the arms of mount Kolvir.

Ah, Amber, someday I, too, shall return to thee.