Accessibility links
As A Coach, Paterno Was One Of A Kind For a moment, put aside how Penn State's Joe Paterno — whose credo was "Success with Honor" — acted with regard to pedophilia, and consider Coach Paterno, which is what he still was barely 11 weeks ago. Will any college coach ever again possess the power he did over his university? It doesn't seem likely. 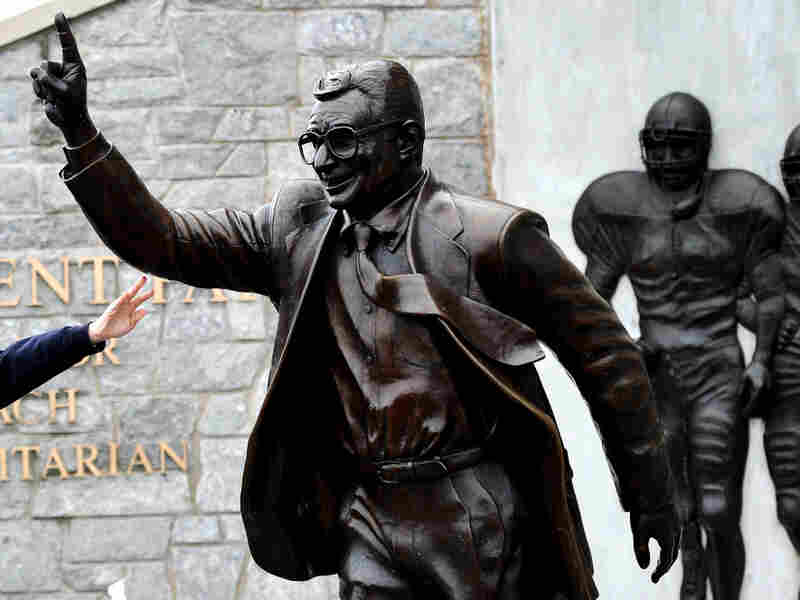 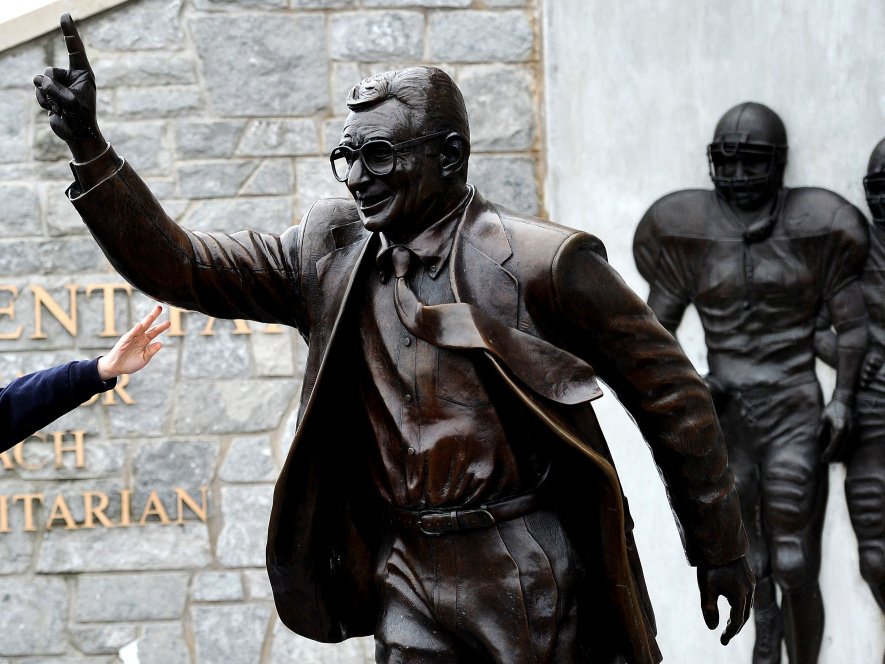 Now that Joe Paterno has passed on from Happy Valley, we must ponder whether we will ever see his like again.

But please: I am now, you understand, talking about Coach Paterno. Let us, for the moment, put aside how the old citizen whose credo was "Success with Honor" acted with regard to pedophilia: so without sensitivity, so irresponsibly, so –– ultimately –– cold-bloodedly. That will sully Paterno's memory forever.

But, simply, for now: Joe Paterno, the coach, which is what he still was — it's hard to recall this now — barely 11 weeks ago. Will, in fact, any college coach ever again possess the power he did over his university?

Well, almost surely not. Paterno's long tenure at an insulated campus, combined with how venerable he became and how upright he was supposed to be in conducting his program, are circumstances unlikely to be duplicated.

On the other hand, to suggest that someone like Nick Saban at Alabama or Urban Meyer, who just took over at Ohio State, do not possess authority far beyond their contractual niceties is naive.

Big-time football coaches are the Cardinal Richelieu among state university royalty — or the Rasputin, if you are of a more cynical bent.

But in the matter of time in grade, Paterno's career will probably never be replicated. Unlike, say, basketball coaches, who are operating in a smaller, more personal universe, football is so much more hierarchical. You have to work your way up: assistant; coordinator; head coach mid-major; head coach big-time. It takes awhile. Paterno was almost 40 before he got his chance.

His closest basketball peers –– like Mike Krzyzewski at Duke, Jim Boeheim at Syracuse, or Dean Smith and Bobby Knight, retired, all made Division-I head coach at an age when football coaches are still plying the ladder.

Moreover, because basketball is more intimate, a coach can better create his own comfortable nest. Besides, because so much more money is involved, there is more pressure on football coaches and less forgiveness for the losers, while the best coaches today are constantly being lured to other colleges by big-money boosters.

As for pro sports, longevity is even more problematic because the players don't turn over every four years, and the veterans stop listening to most coaches after awhile. Even a capable coach moves on.

Of the four major professional team sports, Gregg Popovich of the NBA's San Antonio Spurs has lasted the longest: 15 years. At Penn State, after 15, Paterno still had 31 more years to go.

So, no: When Paterno was fired in November, it concluded a career that we can surely never even imagine again.

In the time he reigned, though, more and more celebrity, veneration and prerogative accrued to college football coaches, and notwithstanding what he did not do in the matter of coach Jerry Sandusky, Joe Paterno had much to do with giving other coaches a sovereignty they never previously possessed.