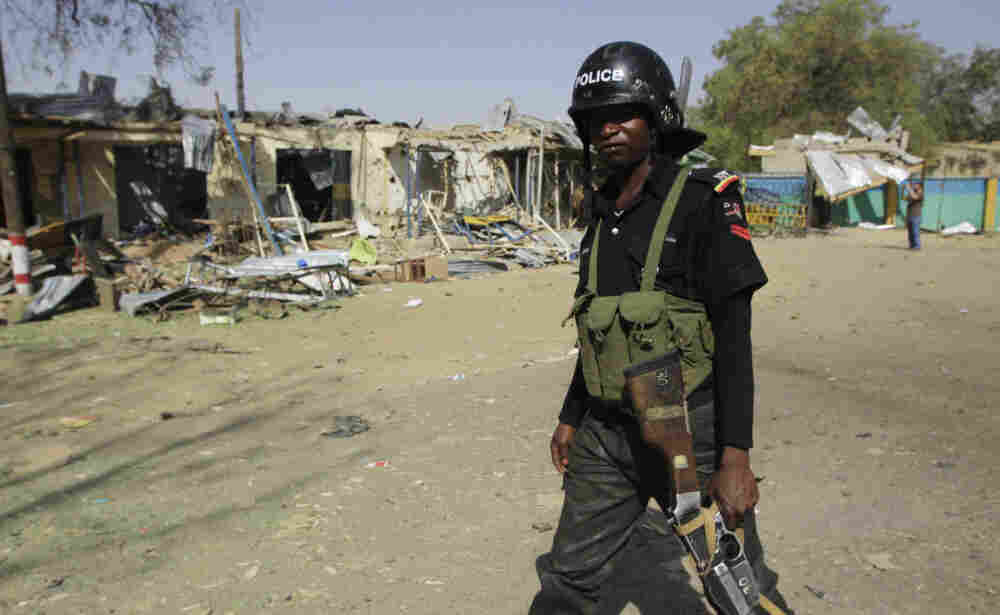 A police officer walks past the ruins of a market outside the state police headquarters in Kano, Nigeria, on Tuesday. Sunday Alamba/AP hide caption

Kano, the largest city in Nigeria's Muslim north, is an ancient, sprawling metropolis of more than 9 million. Last Friday, the Muslim day of prayers was shattered by a series of coordinated bomb blasts.

Just down the street from one of the main market areas in the city, the road remains blocked off from a police station hit in the attacks. The radical Islamist sect Boko Haram claimed responsibility.

Sagir Ali, a security guard at a parking lot at the market, says he watched as nearby government offices were attacked.

"I saw a group of people and they started bombing the immigration office, and then we saw smoke rising," Ali says. "The attackers told us, 'Don't run away. We're fighting the police, not you civilians.' "

Ali says the assailants were about his age, a group of young, heavily armed men shouting "Allahu akbar" — God is great. The police say the attacks were well-planned and deadly, and targeted mainly police stations and government buildings.

The casualty count from the multiple bombings in Kano is between 150 and 200, and rising. Nigeria's security forces have been sharply criticized for failing to contain Boko Haram. Under pressure to stop the violence, President Goodluck Jonathan traveled to Kano over the weekend. He says the militants have changed tactics.

"These suicide attacks have not been a part of us; they are quite new to us," Jonathan says. "Unfortunately, the whole world is passing through terror attacks; it's an ugly part of our history. It's a very ugly phase." 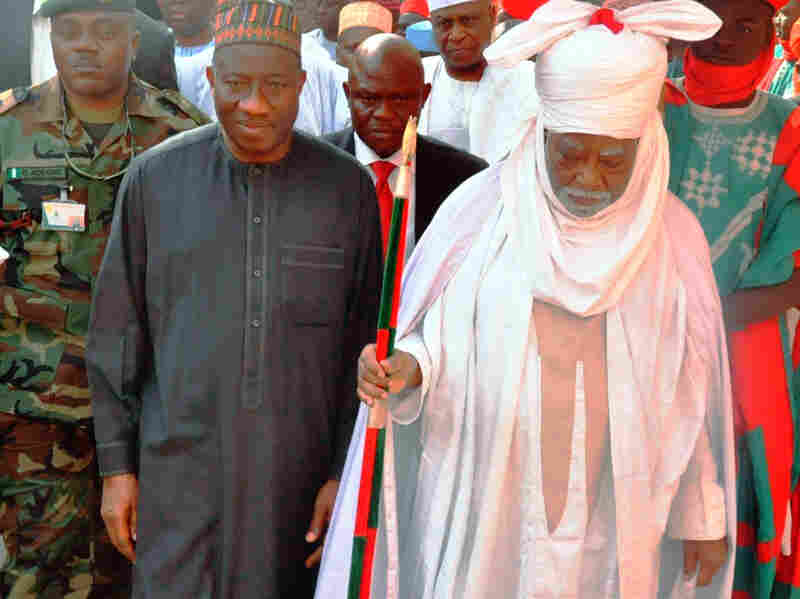 Nigerian President Goodluck Jonathan (left) walks with the Emir of Kano Ado Bayero during a one-day visit to the city that was rocked by recent attacks. Aminu Abuabakar /AFP/Getty Images hide caption 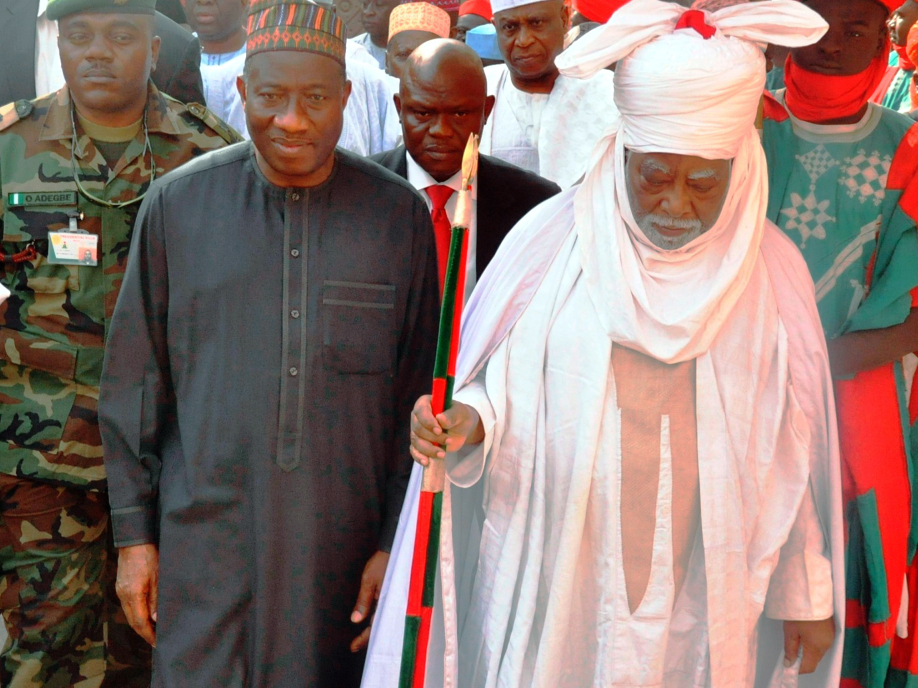 Nigerian President Goodluck Jonathan (left) walks with the Emir of Kano Ado Bayero during a one-day visit to the city that was rocked by recent attacks.

From a homegrown sect that initially picked on government and security institutions, Boko Haram has evolved into a serious security threat for Nigeria. Some describe the killing, shooting and bombing at will as a declaration of war against Jonathan's government.

Boko Haram means "Western education is sinful" in Hausa, the lingua franca in northern Nigeria. The sect has said it wants Islamic Sharia law imposed in parts of Nigeria. Of late, churches, too, have been hit, adding an overtly religious hue to the violence, with the insurgents warning Christians to leave the mainly Muslim north. Some see the influence of al-Qaida and radical Somali al-Shabaab militants.

Nigeria's president warns that Boko Haram has backers and sympathisers within his own administration and security forces, and he has vowed to track down and prosecute the perpetrators.

Observers note that the threat from the sect comes from the Muslim north and may be one way of destabilizing the government of Jonathan, a southern Christian president. But others say the security agencies are the problem and that their actions triggered Boko Haram's intensified campaign, after the death in police custody of its leader in 2009.

With soldiers patrolling Kano's streets, and a curfew in force, many in Nigeria's multiethnic communities are living in fear and apprehension. The Kano state governor invited local and religious leaders and traditional rulers, including the emir of Kano, Ado Bayero, for a one-day meeting. The talk was all about peace, reconciliation and solidarity.

The emir, and many others present at the gathering, stressed the need for calm and for Nigerians to live in harmony.

At the outdoor parking lot, Ali, the security guard, says the government must do more so that no Nigerians feel so alienated, marginalized and neglected that they're ready to take up arms against the state and the people.

"I feel shocked and I'm afraid," Ali says. "I fear anyone who claims to be Boko Haram, because these people are prepared to punish all our police officers and the army in Nigeria. I saw them with sophisticated machines. So anything can happen to use at anytime, and we may have to get up and run."