Accessibility links
What Should Liam Neeson Punch Next? In The Grey, Liam Neeson takes on some wolves. We wonder what he can possibly take on next.

What Should Liam Neeson Punch Next?

What Should Liam Neeson Punch Next? 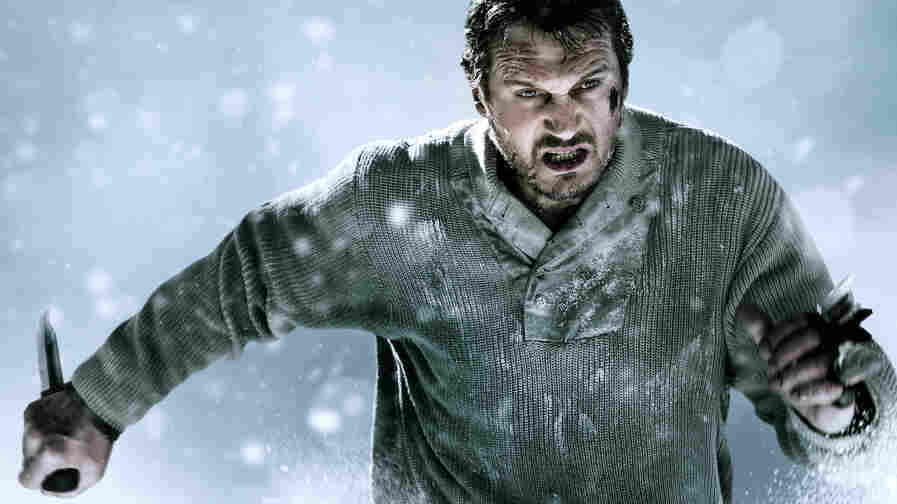 Liam Neeson stars in The Grey as a guy who's taking on some wolves. Open Road Films hide caption 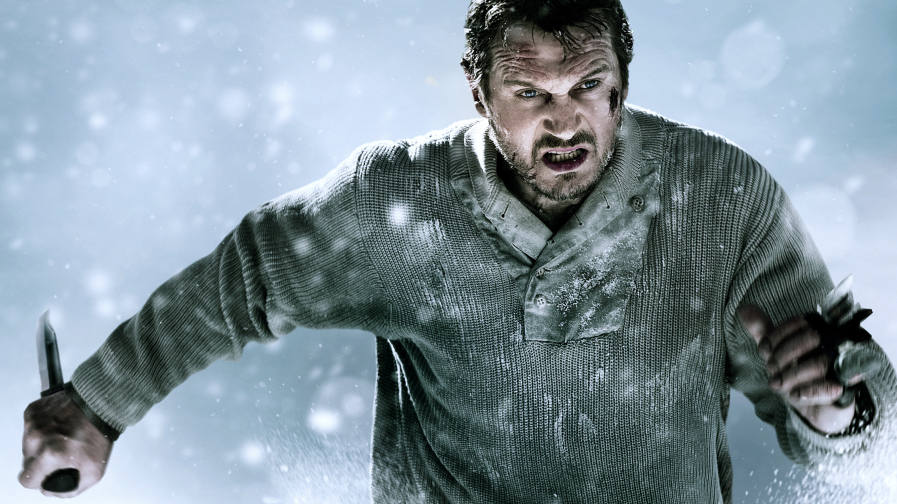 Liam Neeson stars in The Grey as a guy who's taking on some wolves.

Liam Neeson used to be in fancy-pants movies like Schindler's List and Nell and Rob Roy ... I mean, in 1993's Ethan Frome, he played Ethan Frome.

At some point, though, he got really into beating people up. In 2008, he had a huge hit with Taken, where he beats people up because they kidnapped his daughter. In Clash Of The Titans, he vicariously beat people up by releasing the Kraken. (Not a euphemism.) Then his desire for action became such that he actually joined The A Team! (You probably didn't see that one.) Last year in Unknown, he beat up everyone who didn't recognize him. (Which was everyone.) In the upcoming Battleship, if I am understanding the premise, he's going to fight aliens with boats.

And this Friday, in The Grey? Wolves. That's right. Liam Neeson is fighting wolves. And I'll be darned if, at the end of this trailer, it doesn't look like he's strapping on some improvised claws to punch a freaking wolf.

This naturally raises the question: After you've punched a wolf and released the Kraken, what is left to punch? Thank goodness we have suggestions, for satisfying plots or great movies or, of course, both.

Cats. In Claws, Neeson plays a former FBI agent who breaks up a ring of illicit mouse trafficking, only to find that the perpetrators are highly trained Siamese cats. Fighting ensues.

Bankers. In Foreclosure, Neeson plays a college professor whose house is being foreclosed on by the ominous, much hated bank that recently took over his small town's only financial institution. He goes to the institution's headquarters to get some answers. Fighting ensues.

Adam Carolla. In Funny Man, Neeson plays a father of five whose wife runs off with a comedian played by Carolla who turns out to be up to no good and secretly plotting to kill her for her life insurance money. Fighting ensues.

Ice dancers. In Spin, Neeson plays a grieving widower whose only son has run off to join an ice show, which he learns is a front for a dangerous cult. He goes on the road to bring his son home. Fighting ensues.

Best Buy television salespeople. In Warranty, Neeson plays a down-on-his-luck real estate agent who wants to buy a television for his ailing wife, Greta. But when he arrives at the store, he's told that the store is out of the model they advertised on sale, and he has to figure out how to get an expensive plasma model out of the store in time for Greta to watch Downton Abbey. Fighting ensues.

Baristas. In Venti, Neeson plays an artisanal fair-trade coffee roaster who learns that a major coffee shop chain is going to stop carrying his beans and switch to a mass-produced brand. He goes to one of the franchise locations to talk to the customers and plead his case, but he's told he has to leave, and eventually, a misunderstanding leads to false reports that he's holding the store hostage. Fighting ensues.

Steven Seagal. In The Ponytail, Neeson plays a high-school principal who learns that a former action-movie star is planning to rob his school during an assembly. Only the principal can stop the siege and protect the school's educational booty. Fighting ensues.

Aquaman. In Sea Floor, a submarine commander is surprised to learn that he's sharing his domain with an intruder he's always assumed to be mythical. But that's not the case, and it's going to be every man for himself as they battle for control. Fighting ensues.

More wolves. However many wolves there are in this movie? More wolves in the next movie. FIGHTING ENSUES.