Accessibility links
Arturo O'Farrill On JazzSet The ALJO is celebrating its tenth anniversary and looking forward to Grammy night. The group is nominated for Best Large Jazz Ensemble. They won in 2009 as well. 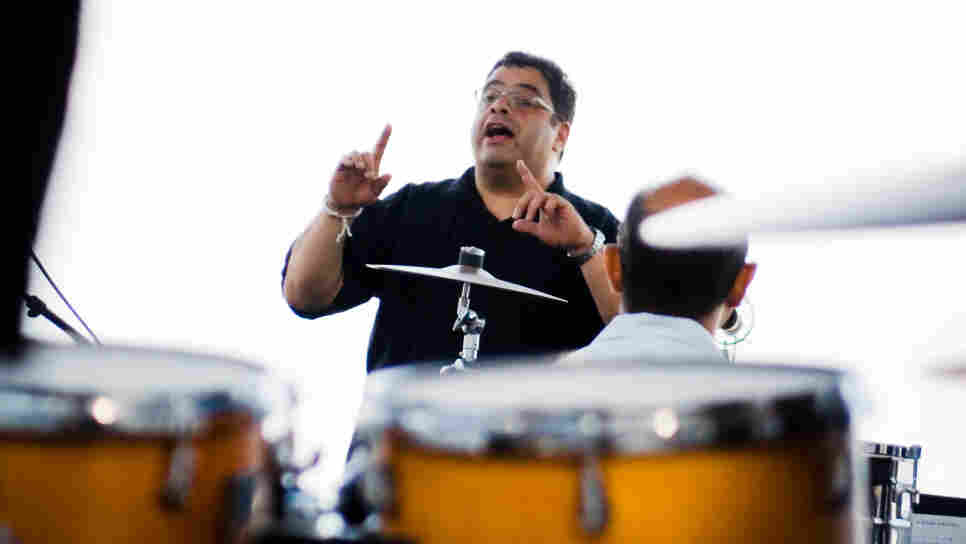 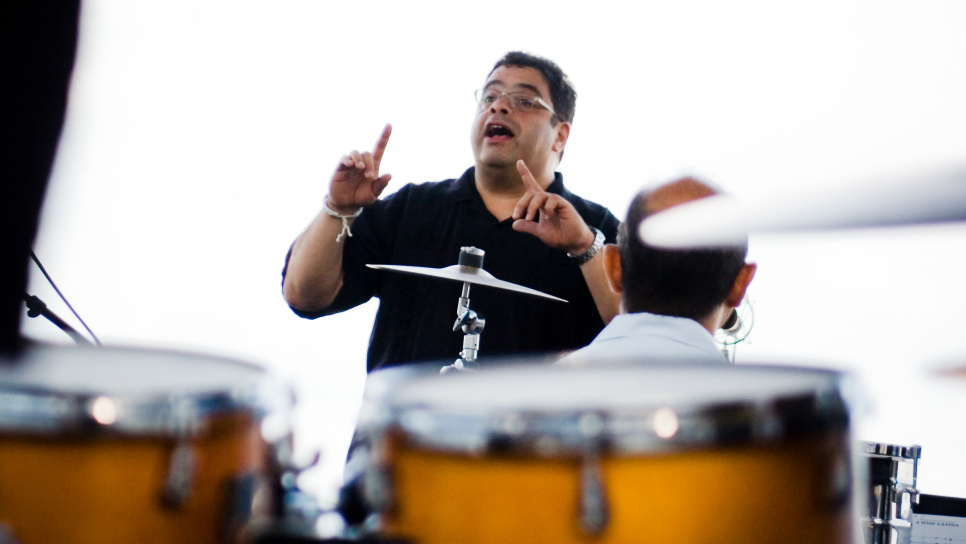 Arturo O'Farrill is at the center of a dynasty between his father, composer Chico O'Farrill (1921-2001), and his son Adam, on trumpet here today. Zack, a younger son, plays drums, while Arturo's wife, Alison Deane, is a classical pianist and professor at City College in New York.

O'Farrill's energy is a joyful force. His conducting is physical, his piano playing powerful, as he launches "Rumba Urbana" by Oscar Hernandez of the Spanish Harlem Orchestra. Then O'Farrill takes a moment to explain that he wrote "A Wise Latina" in tribute to Supreme Court Justice Sonia Sotomayor, and took the title straight from the confirmation hearings. A few days after their performance at the 2010 Newport Jazz Festival, the Afro Latin Jazz Orchestra played "A Wise Latina" at the Bronx Children's Museum for Dream Big Day.

Trumpet guest Jon Faddis joins this Grammy Award-winning orchestra for two movements — subtitled "Calidoscopico" and "Exuberante" — from the three-part Afro-Cuban Jazz Moods by Chico O'Farrill. Appreciate Chico's controlled build-up to "Exuberante." Those are big shoes to fill, and Arturo is primed for this role.

Father Chico was born in 1921 in Cuba. He left the island in 1960, never to return, but son Arturo has made several trips, most recently in the autumn of 2010. Arturo, his family and the full Chico O'Farrill Orchestra — Arturo's legacy ensemble, every Sunday at Birdland in New York — traveled to Varadero to play with a local orchestra devoted to Chico's music. Until now, these Cuban musicians did not have printed scores or parts; they had to listen to the albums and transcribe the music. That is a great way to learn, but it's painfully slow. As a gift, Arturo hand-delivered full scores for two Chico O'Farrill compositions and two of his own. He says it was very emotional — "a tearjerker" — to make and receive this gift. For more tears, the Chico O'Farrill Afro-Cuban Jazz Orchestra played a program in Arturo's grandfather's birthplace with great young musicians from the island and pianist Chucho Valdés participating. As host Dee Dee Bridgewater tells this story on JazzSet, you hear music from our 1998 recording of the Chico O'Farrill orchestra, Arturo on piano, which is available on this page.

The ALJO's new Grammy-nominated album is Forty Acres and a Burro — the winner is announced Feb. 12 in Los Angeles — and they wrap up at Newport with a piece by Gabriel Alegría from Peru, "El Sur" (the South), to let you know that their sphere is ever-expanding. The ALJO is in residence at Symphony Space in New York. 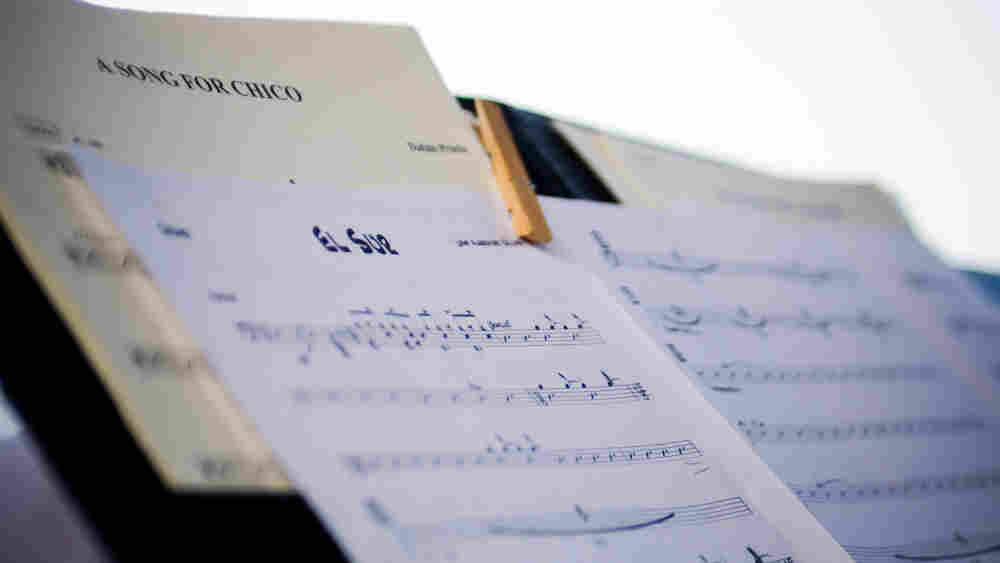 Sheet music for "A Song for Chico" and "El Sur." Courtesy of Lena Adasheva hide caption 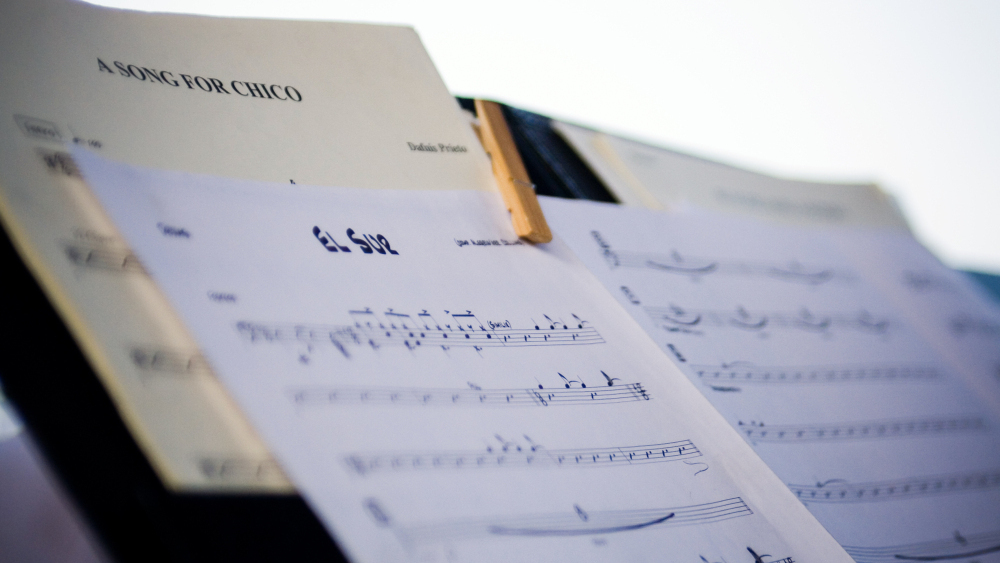 Sheet music for "A Song for Chico" and "El Sur."