Accessibility links
Real Tuskegee Airmen Helped 'Red Tails' Take Flight George Lucas, the executive producer of the World War II saga, said he wanted the movie to be about heroes. So, he brought them in. Actual Tuskegee Airmen advised actors on everything from how to wear their pants to how to move in a cockpit. 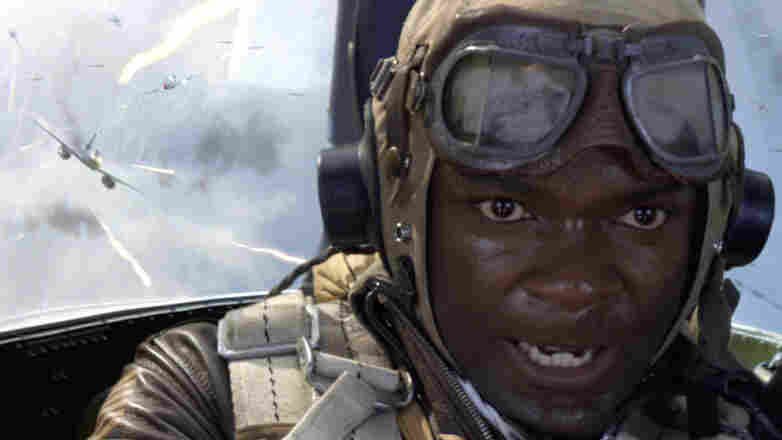 David Oyelowo portrays Joe "Lightning" Little in the movie Red Tails. Oyelowo and other actors got guidance on from real Tuskegee Airmen, some of whom are nearly 100 years old. 20th Century Fox/AP hide caption

The film was inspired by real events, and the actors got instruction from real Tuskegee Airmen — some of whom are nearly 100 years old.

"The best thing we got from them was being around them," says David Oyelowo, who plays Joe "Lighting" Little in the movie. He tells Michel Martin, host of NPR's Tell Me More, about one instance when Roscoe Brown, a former captain in the 332nd Fighter Group, tightened his belt and pulled down on his helmet before he started a scene.

"When you get in a cockpit [with] a real Tuskegee Airman having just been, effectively, your costume supervisor, you really feel like you're in that role," the British-born actor says. 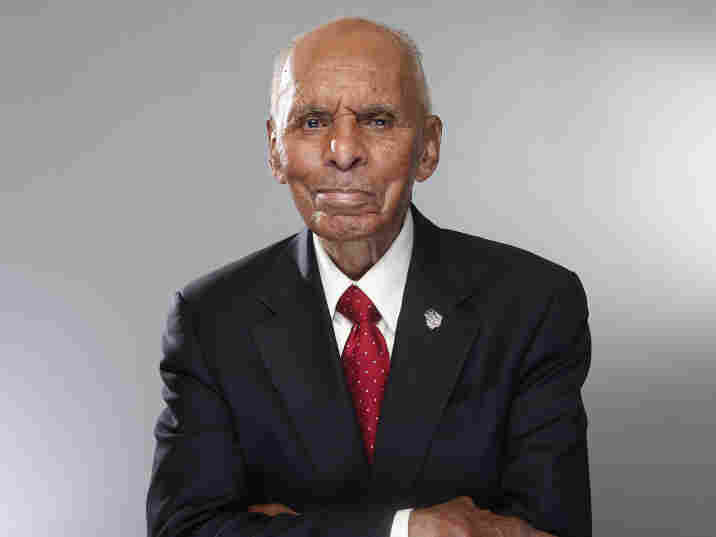 Roscoe Brown served with the Tuskegee Airmen and advised actors on the set of Red Tails. He's now the director of the Center for Urban Education Policy at the City University of New York. Carlo Allegri/AP hide caption 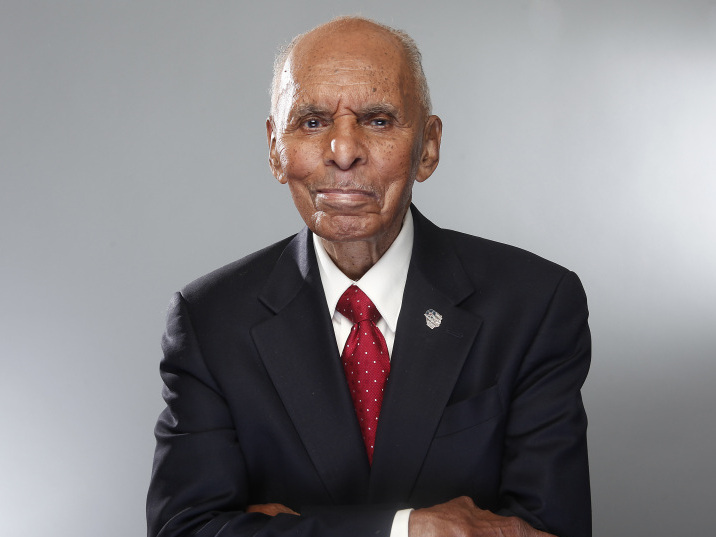 Roscoe Brown served with the Tuskegee Airmen and advised actors on the set of Red Tails. He's now the director of the Center for Urban Education Policy at the City University of New York.

Brown says he is grateful to have shared the rich history of the first black military aviators. "I'm glad to have been able to have done it," he says.

Like many of his fellow airmen, Brown's determination continued after he left combat, or even after the so-called "Red Tails" were honored with a Congressional Gold Medal in 2007. After serving in the military, Brown went on to get a doctorate degree from New York University. He is now the director of the Center for Urban Education Policy at the City University of New York.

Brown says the near-impossible missions assigned to the Tuskegee Airmen offered them self-assurance at a time when blacks were largely seen as inferior to their white counterparts.

"We did things that sort of defied imagination," Brown says. "You came close to the ground, you cut the grass, you pulled up, you did things like that. That's why we were so confident."

As shown in the film, the group strove to prove themselves — knowing that it was more than just their lives on the line. The now-revered aviators were battling for the country as well as for equal footing in society.

"Excellence was our mantra — that's what we were taught to be," the 89-year-old veteran says.

But it hasn't been easy to make people believe in the Tuskegee Airmen.

Red Tails was a tough sell, even with a stamp of approval from George Lucas, the movie's executive producer.

It took the film mogul 23 years and $58 million of his personal fortune to make the movie happen, but he still got a frigid response from Hollywood studios.

"I showed it to all of them," Lucas told Jon Stewart on The Daily Show earlier this month. "And they said no, we don't know how to market a movie like this."

"It's because it's an all-black movie," he explained. "There's no major white roles in it at all. It's one of the first all-black action pictures ever made."

Unlike in the film Glory, Lucas says, the movie's black characters aren't sent to certain death by white generals. In Red Tails, they fight for the right to serve for their country — and, in doing so, win one of the first battles in the civil rights movement.

"This is not a movie about victims. This is a movie about heroes," Lucas said, which Oyelowo says the producer often told the cast and crew.

"He felt like the ideal person to, Moses-like, take us into the promised land, in a sense, because he's noncompromising," Oyelowo says. He attributes disinterest from studios to what he calls a Hollywood "syndrome" that relegates black actors to peripheral and token roles.

But, like the Tuskegee Airmen themselves, the movie is faring much better than expected.

Red Tails opened in second place at the box office last weekend, raking in nearly $19 million despite many unfavorable reviews.

Oyelowo says he thinks Red Tails' success comes from audiences' desire for a valiant narrative, and from its appeal to people beyond those who are interested in niche historical films.

"In a world in which we all go see Iron Man, Superman, Spider-Man, whatever, these were superheroes who saved the world, and there wasn't a cape in sight," he says.

But what does Roscoe Brown, the real Tuskegee Airman, think of the movie?

"I'm happy — tremendously happy. I want people to come back this weekend, [and] sit in that seat, because when you sit in that seat you feel like you're in that airplane."

Brown adds, "It just shows that excellence will overcome obstacles."