Accessibility links
How To Find A New Nuclear Waste Site? Woo A Town Community opposition helped sink plans for a nuclear waste repository in Nevada's Yucca Mountain. Meanwhile, thousands of tons of radioactive waste are piling up at temporary storage sites around the country. As the U.S. once again looks for a new permanent storage site, an expert panel says local buy in will be key. 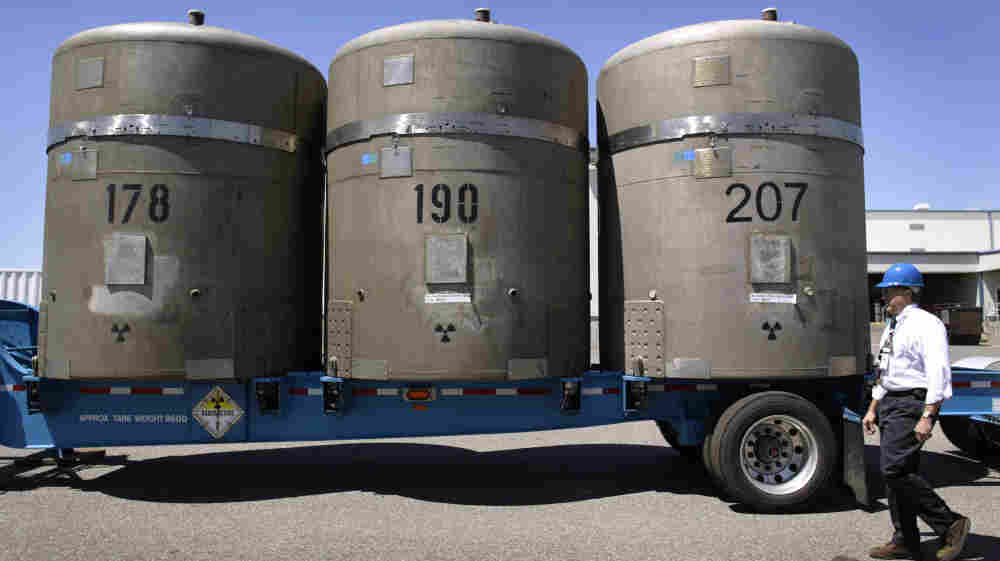 Without a centralized national repository for nuclear waste, the radioactive material is currently being kept at various sites across the country. Above, large concrete canisters, each holding 14 55-gallon drums of waste, are loaded on a truck in 2005 in Richland, Wash., where they were later shipped to a facility in New Mexico. Jeff T. Green/Getty Images hide caption

A panel of experts Thursday set forth a plan for getting rid of thousands of tons of highly radioactive nuclear waste.

Most of it is spent fuel from nuclear power reactors. It was supposed to go to a repository in Nevada called Yucca Mountain, but the government has abandoned that plan.

Yucca Mountain was largely done in by Nevadans, led by powerful Democratic Senate Majority Leader Harry Reid, who didn't want their state to be the country's nuclear waste dump. Some also questioned how geologically secure the underground storage site would be — especially environmental groups. 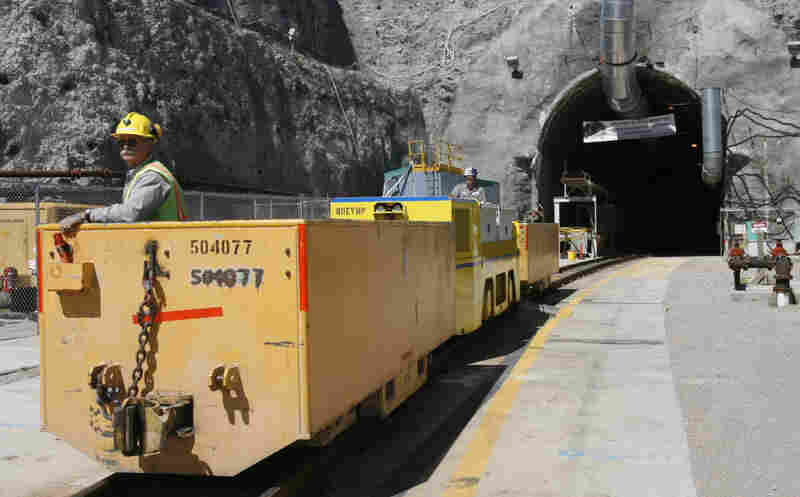 An underground train emerges from the entrance to the planned Yucca Mountain Nuclear Waste Repository in 2006. The government has since abandoned the site as a location for the long-term storage of nuclear waste. Isaac Breekken/AP hide caption 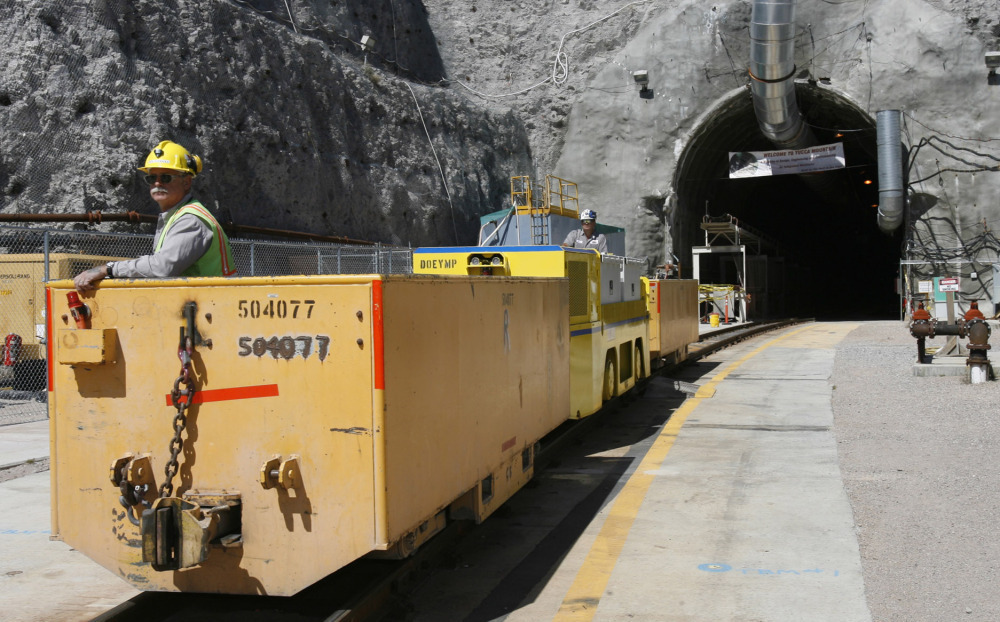 An underground train emerges from the entrance to the planned Yucca Mountain Nuclear Waste Repository in 2006. The government has since abandoned the site as a location for the long-term storage of nuclear waste.

Now the Blue Ribbon Commission on America's Nuclear Future has a new plan to find another site. The Obama administration set up the commission after dropping Yucca Mountain.

Commission member Brent Scowcroft says the new plan should be "consent-based" — it must hinge on convincing the public that a new site will be safe.

"It's psychological," says Scowcroft, who spent two years with the commission working on a solution. "People don't understand nuclear waste. The problem itself is solvable." He notes that other countries, such as Sweden and Finland, have won local approval for permanent waste dumps, and found safe geological sites.

Scowcroft says this worked for the military's dump site in New Mexico's salt caverns, near the city of Carlsbad. "Salt is one of the most attractive mediums for permanent disposal," says Scowcroft. "And we found in visiting there that the people of the region generally are supportive of taking on additional burden."

The commission, however, wasn't asked to pick a site, just to set up a process to find one. For decades, the country's commercial waste has been sitting in "temporary" steel and concrete casks at nuclear power plants. The new plan would finally gather all that waste into interim holding sites while a permanent geological dump is built.

That would require moving lots of radioactive waste around the country. Commission member Lee Hamilton, a former congressman from Indiana, says that's already being done safely with military waste, but he says people will still be anxious. "When I was in the Congress and the prospect of transporting nuclear waste across southern Indiana came up, it just struck fear into people," Hamilton recalls.

In Sweden, A Tempered Approach To Nuclear Waste July 28, 2011

One other thing: The commission would fire the Department of Energy — they say that this time, an independent organization should be in charge of picking a permanent dump site. Says Hamilton: "They have a record of not dealing with the problem successfully. They have lost credibility to do it."

"As we go out and talk in communities about building plants and re-licensing new plants, one of the principal issues they have is, 'What are you going to do with the used fuel?' " says Alex Flint, a vice president of the Nuclear Energy Institute. "And we feel an obligation to solve that."

Utilities and their customers have been paying a fee for years to the government that's meant to pay for a waste site. The federal government has reneged on its promise to use that money to take care of the waste. Flint says that's one reason they're happy to see the recommendation that DOE bow out.

"Our experience over several decades has simply been that the Department of Energy, because of changes in management, because of the disparate interests of its programs, is not well-suited to run this program," Flint says.

The anti-nuclear group Beyond Nuclear has weighed in as well, arguing that the interim storage site is a bad idea because it may just become a permanent site.