Accessibility links
It's A Buyer's Market: Crate-Digging On $100 A Day Set loose in New York's East Village, Egon takes to the bins of offbeat record stores to hunt down five obscure finds for under $100. 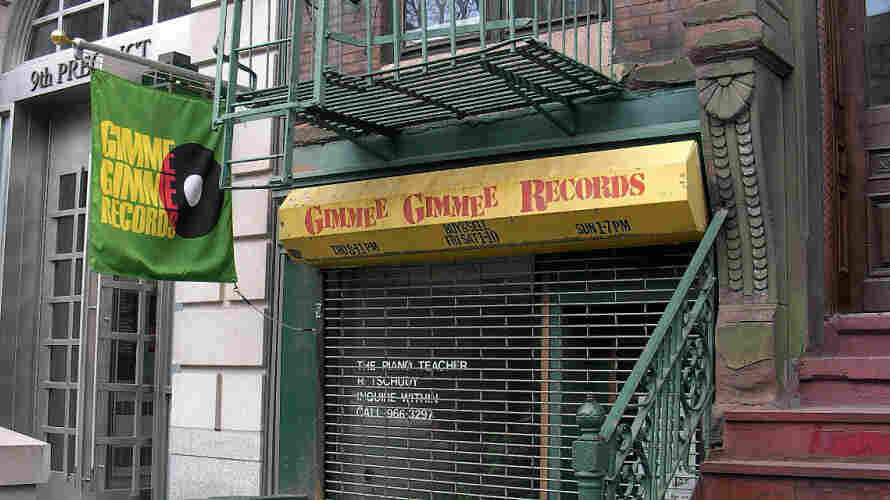 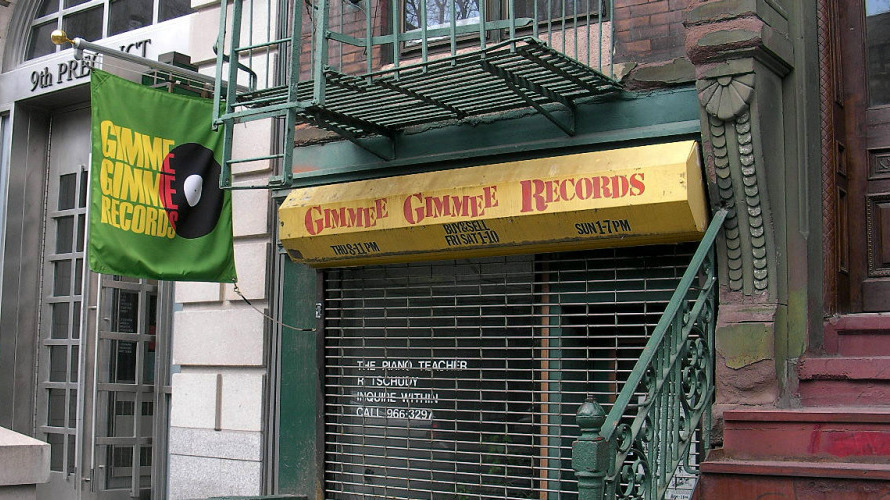 The recession has wreaked havoc on serious record collectors and the dealers who service them, from those who invested a precious fortune in major-label, early-'90s rap 12"s to those who thought there would always be a market for European sound library albums. Sure, changing trends have something to do with this depreciation — I have boxes of off-brand "deep funk" 45s that I can't unload for anywhere close to what I paid for them a decade ago — but I've found the answer is largely this: neither tight-pocketed nor high rolling collectors are willing to fork out a dime for anything but what the uncouth call "investment grade" wax.

Thus, you're still going to shell out $700+ for a first-press mono issue of The Beatle's iconic Revolver on Parlophone (you know, the one with the alternate mix of "Tomorrow Never Knows"?). But the next time you stumble upon a copy of Edgar Broughton Band's amazing yet cultish Wasa Wasa with a slightly stained cover, you'll probably find it offered for a price not seen since 1995.

This changing market is a shame for those with means, as many of the vinyl-emporiums that used to stock top-shelf pieces shuttered as the floor fell out. But, for the savvy collector looking for great, obscure listens, this is the time for bottom-of-the-barrel to mid-grade purchases. The records are out there, and they're plentiful — a thesis I planned to prove on a recent trip to New York.

I'd been afforded a precious few hours to peruse the bins in what remains of my usual haunts — the dozen or so stores that dot Manhattan's East Village — and I'd made up my mind that I would buy five records for this column for less than $100. Total. There would be no display case purchases. There would be none of that, "Do you have any rare stuff behind the counter?" banter. No, I'd be forced to revisit those mid-'90s days when, as a broke college student, I'd spend the two hours between leaving my summer internship and catching the 9:07 train to New Haven trying to find a $20 bargain.

My first stop was the back room of Academy LPs, where I perused some of the Folkways albums that had found their way from Miles Davis producer Teo Macero's collection, through the New York Public Library, into Academy's stacks. With provenance like that, I knew I wouldn't find any cheapies. So, after some choice listening, I walked out into the brisk air and headed east.

Big City Records is just two short blocks from Academy, and it was in this closet-size storefront that I found my first must-have: an uncharted 45 rpm single by jazz pianist Eddie Russ, released on what seems to be a small Michigan label run by saxophonist Benny Poole. Russ is best known for his 1974 album Fresh Out on the Jazz Masters imprint; the album's "The Lope Song" is an "acid jazz" classic. But that song — and Russ' Mixed Bag's First Album on the legendary Detroit Tribe imprint — haven't aged as well as this minimalist, Brazilian influenced ditty. The price tag: $30.

Another Big City find. The store's owner, Jared Boxx, recommended this 7". How he sensed I'd like it because it sounds as if Brazilian jazz-fusioners Azymuth concocted the backing track is beyond me. But the price tag of $8 was just right. Boxx blamed an endemic skip on "Just Might Be" as the reason for the low asking price, but, back cueing the record from after the skip, I realized I'd get a clean recording of the song regardless.

Serendipity figures prominently into any record buying mission, especially one done on the cheap. While at Academy, I asked a clerk which of Macero's Folkways Records would most interest me. He directed me to this late '70s album by Charles "Cha Cha" Shaw. The record's unique sound — like something Camden's Gary Davis might have imagined for his proto hip-hop Chocolate Star imprint — was perfectly low-fi, and the personnel (including both Sun Ra bassist Ronnie Boykins and jazz legend Art Blakey's son on drums) was intriguing. But the prohibitive price tag made purchase impossible. The clerk told me that the rapper/producer Edan, a record collector with whom I share more than a similar sounding name, highly rated the record. While crossing East 5th street, I thought to call him — and he happened to be just a few blocks away. I met him at Gimme Gimme Records, where, as Edan amused himself with the druggy psych of Alexander Spence's Oar album, I found Kingdom Come in the jazz bin's front row. The price tag was $25, negotiated down to $20 due to surface marks on an otherwise well maintained LP.

This album is available from Smithsonian Folkways Recordings.

Continuing on with Edan, we ducked into Good Records, one of his favorite stores. I spied a mint BQ In Full Effect EP but, even if I'd given myself five times my budget, I wouldn't be able to afford an upgrade copy of "rhyme inspector MC Percee P's" first appearance on wax. Then there were the piles of bargain basement 7"s, but I'm past the point of purchasing a heat-damaged copy of Fela Kuti's "Chop and Quench," even if it is on the Nigerian HMV label. Good's walls were predictably lined with a series of expensive Nigerian albums; St. Augustine Anwuzia's jumped out because, as a mid-'70s highlife record, it might offer a good cash-to-groove ratio. West African highlife from that era was often a breeding ground for interesting rhythmic movements and dark melodies, and "Ndidi" succeeds in both of these regards. The price tag — $35.

Leaving Good Records with but $7 left in my budget, I thought that I'd failed my mission. A quick stop to peruse A-1's dollar-bins yielded nothing. While walking to my host Johan Kugelberg's Tribeca abode, I remembered that in hard times the resourceful always resorted to barter in order to diversify their collections. Later that night Kugelberg, a long-time collector of global obscurities, showed off the fuzziest '70s rock from his home country of Sweden and pulled out this anonymous album. The childish rant that is "Stupid Record Company" — made even weirder because the author claims to have "been writing songs for 40 years" — should serve as catharsis for anyone whose heartfelt demo tape never warranted a reply-letter. That Pierre "Prefix" Blom thought those who rejected him might hear this song only adds to the Brusta Illusioner's bitter vibe. This album is a rarity amongst Scandinavian rarities, but Kugelberg maintained dead-stock copies and offered me one against a future trade.