Accessibility links
HBO's 'Luck': A Winning TV Show, Set At The Track HBO's newest series Luck is set in and around the world of horse racing. TV critic David Bianculli says the series, which stars Dustin Hoffman and Nick Nolte, is loaded with thoroughbred talent. 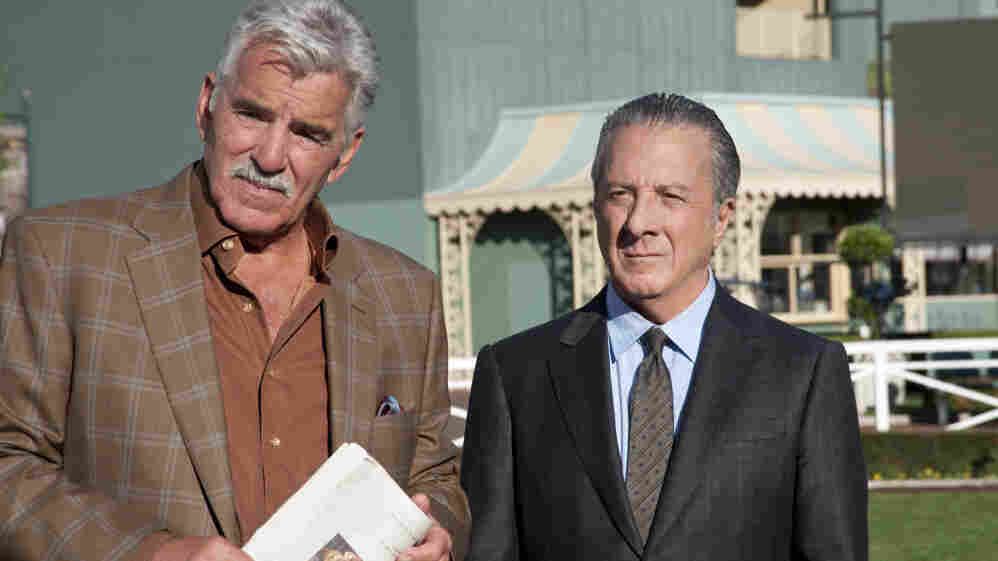 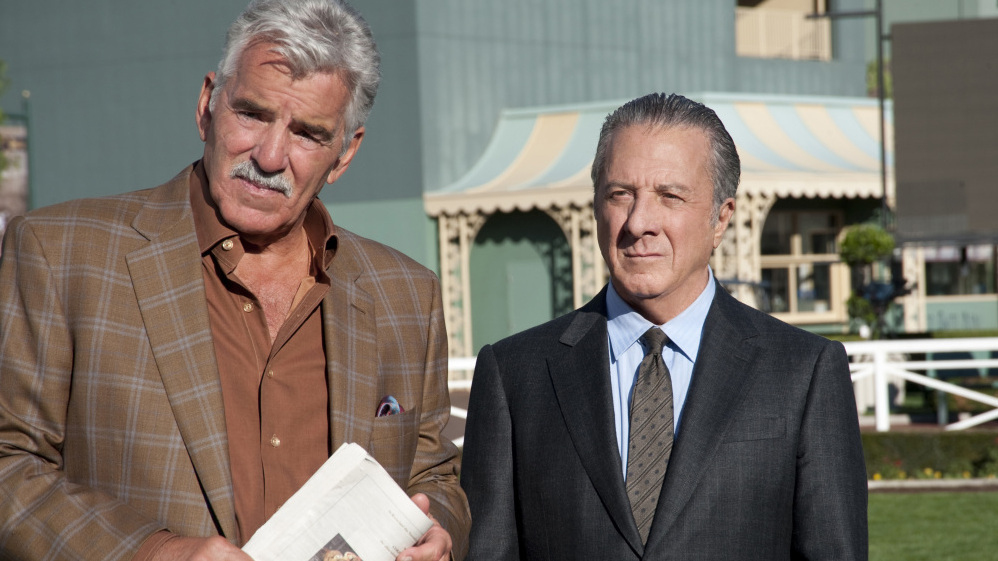 It isn't a long shot that David Milch's newest series for HBO, called Luck, will be on par with his HBO series Deadwood. It's a sure thing. HBO sent out all nine episodes of the show's first season for preview, so there's no guesswork here.

The racetrack is at the center of Luck, with every character and plot line orbiting around it. But you don't have to like horse racing — or even understand it — to get pulled in and swept along. The show examines the track, and its various intrigues, from every possible perspective — from the owners and trainers of the horses to the jockeys riding them and the gamblers betting on them. We go from the executive suites to the stables, getting to know the people and problems of each. It's like Downton Abbey with thoroughbreds.

And speaking of thoroughbreds, that description extends to just about everyone working on Luck. And what a collection of collaborators: David Milch hit it big, before Deadwood, with NYPD Blue in the '90s. Movie director Michael Mann produced two visually stunning TV series, Miami Vice and Crime Story, in the '80s. One of the two biggest stars of Luck, Nick Nolte, became a star thanks to the Rich Man, Poor Man TV miniseries in the '70s. And the other biggest star of Luck, Dustin Hoffman, is new to series television — but his stardom stretches all the way back to The Graduate in the '60s.

And now, here they all are, doing great work at the same time. Milch throws us into the world of this California racetrack just as forcefully, and assuredly, as he did when introducing us to the mining town of Deadwood. Mann directs the pilot with one eye as a documentarian and the other as an artist — scenes and images look authentic and beautiful, especially the racing scenes. The pictures, as well as the scripts, capture the raw power of the racehorses, who, in the opening episodes, often are reined in, waiting patiently for the proper time to break free and show their stuff. 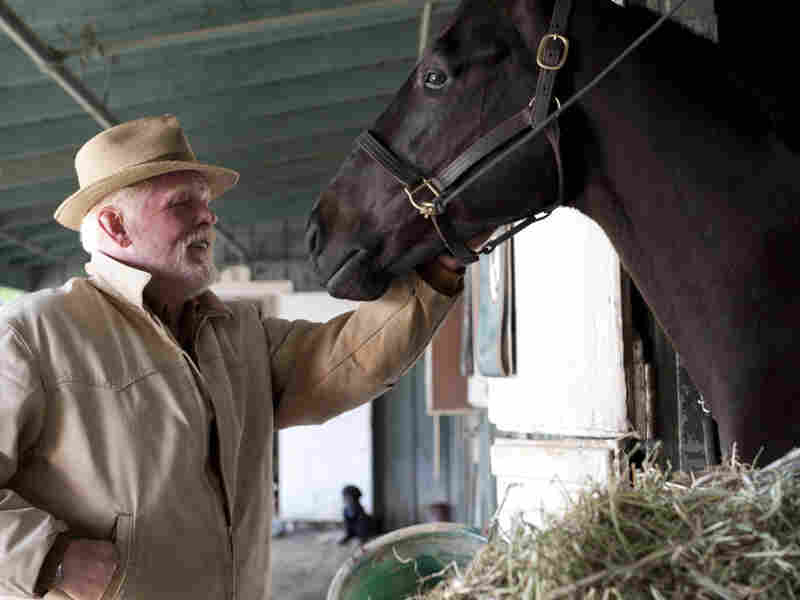 Nick Nolte plays a horse owner who spent most of his career working as a horse trainer in Luck. HBO hide caption 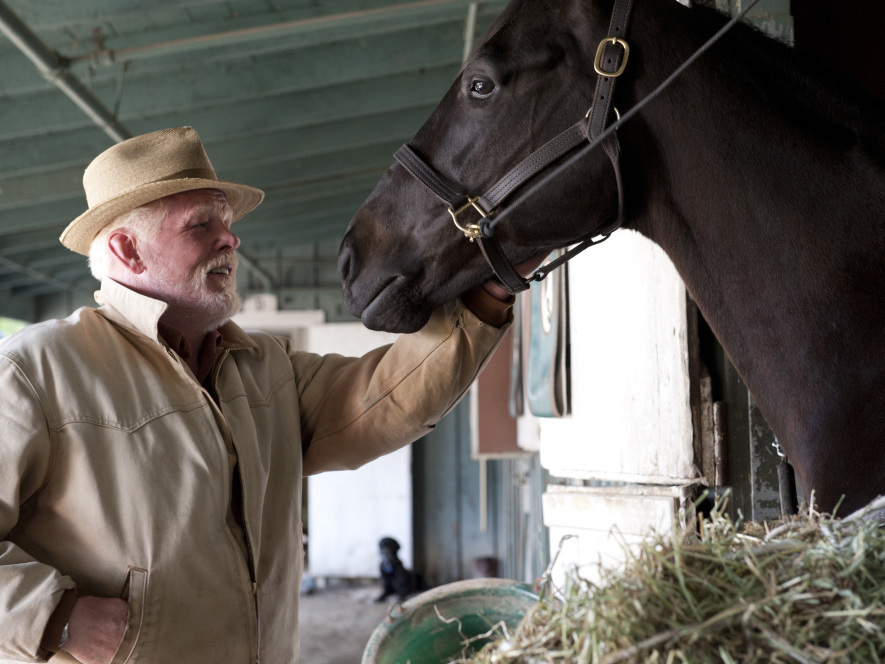 Nick Nolte plays a horse owner who spent most of his career working as a horse trainer in Luck.

The actors are exactly the same way. Hoffman plays Ace Bernstein, a powerful player who's just been released after three years in prison. Nolte plays Walter Smith, a former trainer who now owns a horse for which he has secret high hopes. And while the other actors and actresses in Luck spend the opening episodes establishing their talents as well as their characters, Hoffman and Nolte play it cool, biding their time in the rear of the pack. Until, almost effortlessly, they stretch their muscles and show what they're made of.

Hoffman plays Ace like a coiled snake, while Nolte plays his character like a battered veteran boxer. And there's so much other talent onscreen, singling out some would almost be unfair to the others. But if you're a Deadwood fan, you'll see some familiar faces — and you'll see them from other superb TV shows as well. Eventually, you'll even see Michael Gambon, star of my favorite TV miniseries of all time, The Singing Detective.

Finally, there are the horses — these majestic creatures who are called upon, at times, to share scenes and interact with various cast members. How the horses react to each person feels primal, honest, real. And so does Luck. The way this HBO series jumps out of the gate this first season, it'll be back for another lap around the track.