Accessibility links
After Son's Sudden Death, Shock, Grief And Coping Dennis and Buelah Apple came to StoryCorps to talk about their son Denny. Nearly 21 years ago, Denny came down with mononucleosis. Before going to bed one night, he took some medicine and talked about where he wanted to sleep. 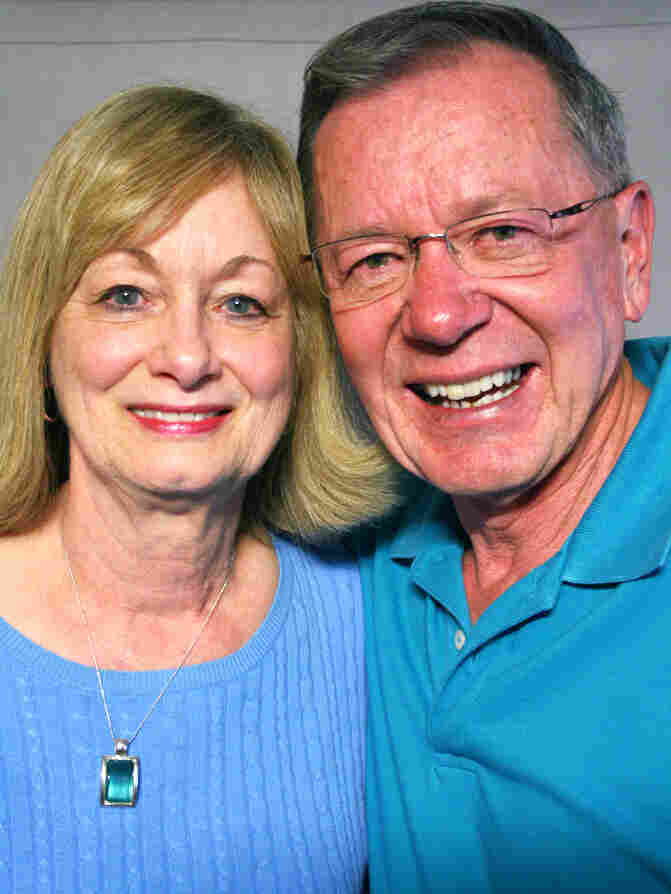 Buelah and Dennis Apple spoke about their son Denny during a visit to StoryCorps in Kansas City, Mo. StoryCorps hide caption 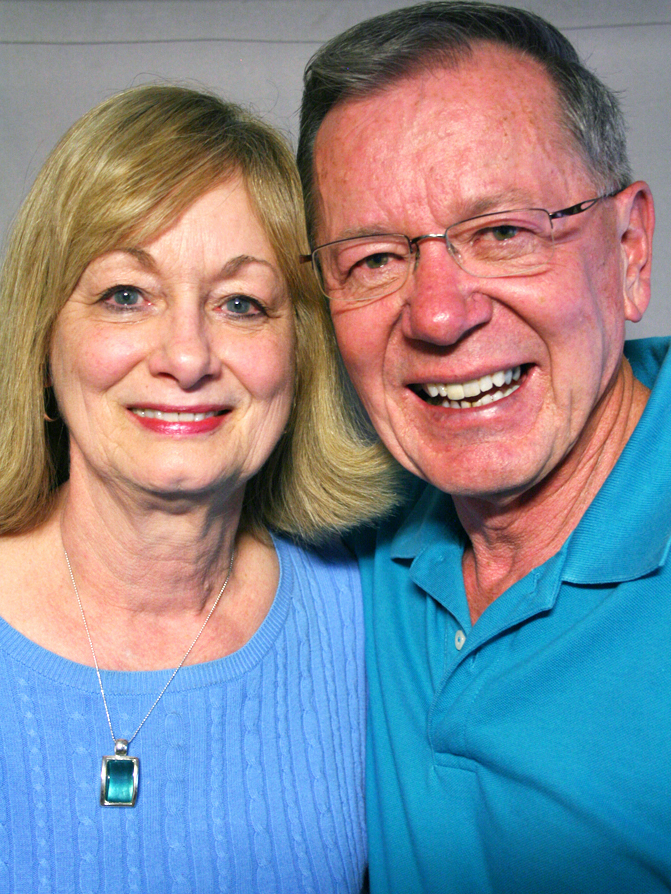 Buelah and Dennis Apple spoke about their son Denny during a visit to StoryCorps in Kansas City, Mo.

Nearly 21 years ago, Dennis Apple and his wife, Buelah, were thrust into a situation parents dread. Their son Denny had come down with mononucleosis. And as they recall, just before bed one night, Denny took his medicine and then talked about where he wanted to sleep.

At the time, Denny was 18; he had begun competing in triathlons near the family's home in Olathe, Kan., outside Kansas City.

"Denny that night wanted to sleep on the couch," Dennis recalls. "He had mono, but he was a strong, fit kid. So I really didn't think anything was seriously wrong. The next morning, I didn't hear him breathing."

Buelah remembers, "You yelled for me to call 911."

In the meantime, Dennis' younger brother, Scott Apple, an emergency medical technician who was then living with them, tried to help.

"He came running out," Dennis says, "put his head to his chest, and he said, 'Dennis, he's gone.'

"It was like somebody threw a bucket of ice-cold water into my face while I was at a dead sleep," he says. "I was on my knees. And I screamed out, 'Oh, God, this is not supposed to happen to me.' "

After Denny's death, Dennis and Buelah asked for an autopsy. But the doctors weren't able to determine exactly which complications related to mononucleosis had caused their son's death.

"When we came back home for the first time by ourselves," says Dennis, 69, "I remember we pulled into the garage, and neither one of us wanted to go in the house."

Dennis recalls looking at his wife and telling her, "You know, all I have to do is reach up and hit the garage door opener on the visor, let the door come down, let the car stay running — and we can just hold hands and just die right here, together."

And Buelah remembers her answer: "Yes, but what about our son Andy? He needs us."

Dennis Apple has been a pastor since 1970; he's been at College Church of the Nazarene in Olathe for 25 years. 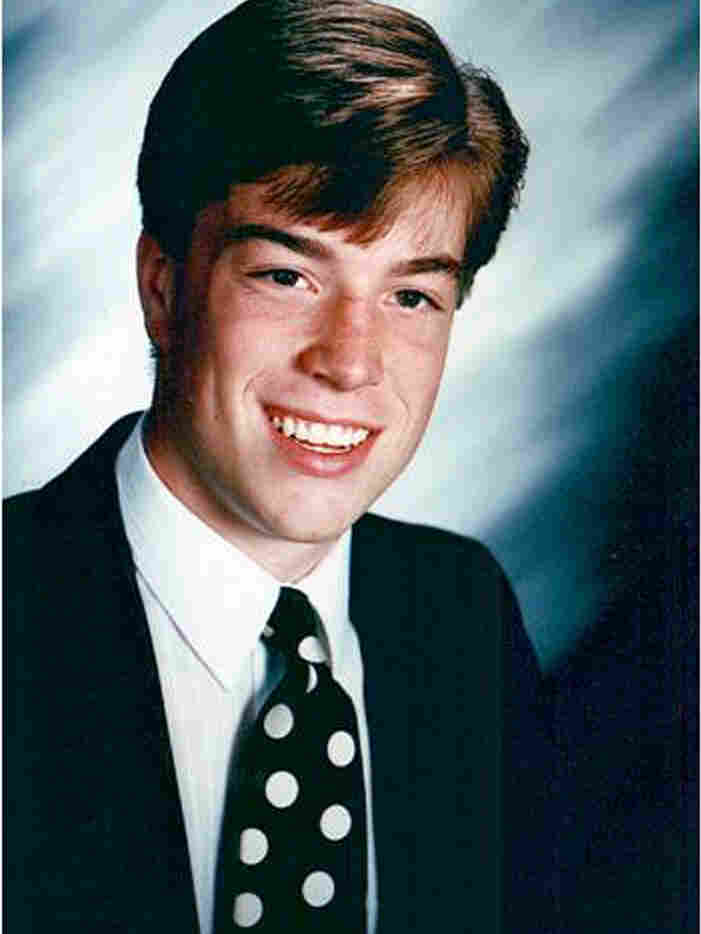 Denny Apple was a teenager when he died of complications related to mononucleosis. Courtesy of the Apple family hide caption 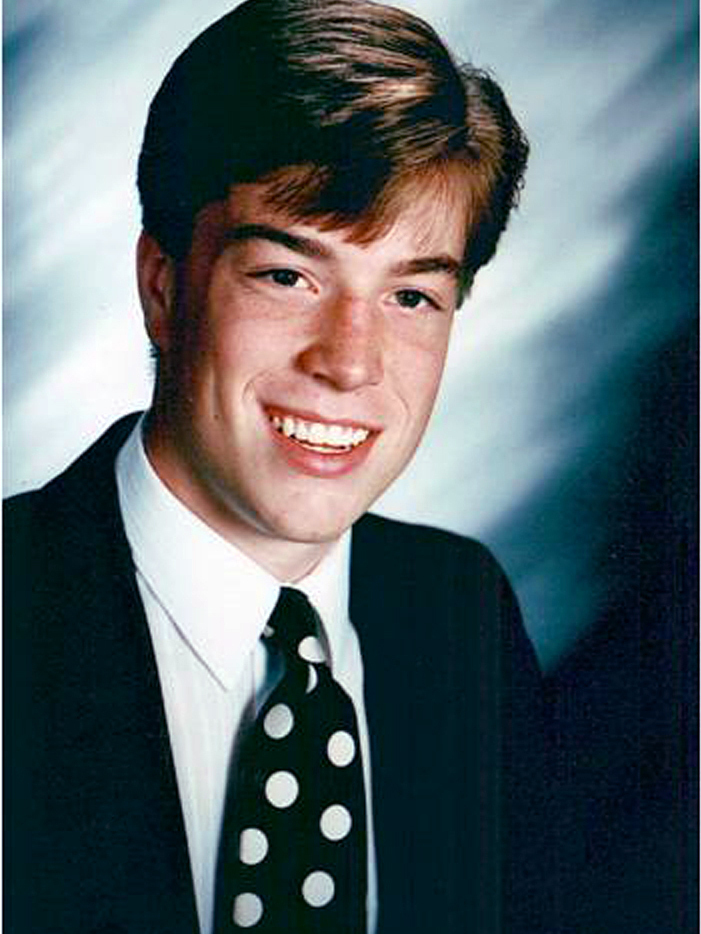 Denny Apple was a teenager when he died of complications related to mononucleosis.

Courtesy of the Apple family

"After the funeral, we both went back to work," Buelah says. "But you had to go and be a pastor, and do funerals and weddings."

"You know, it really got me when people would come by and would tell me stories about narrowly missing being killed in an accident," Dennis says. "And they'd say, 'But my guardian angel protected me.' And I just wanted to slam the door in their face and walk out. Because I thought, 'Where was Denny's guardian angel the night of Feb. 6?' "

"The grief lasts a lot longer, I think, than most people think," Buelah says.

As Buelah remembers, "It was five years before I came to myself, and I said, 'Am I going to go on in this heavy grief, or am I going to try to live and be as happy as I can?' "

Eventually, Dennis wrote a book about trying to cope with Denny's death. Published in 2008, its title is Life After the Death of My Son: What I'm Learning.

Speaking to Buelah, Dennis recalls asking her a question.

"When I said, 'Honey, if you'd have known when we had Denny that we would have him just short of 19 years, would you go back and do it all over again?' You remember what you said, don't you?" he asks.

"Of course I would," Buelah answers. "All over again."

This June, Dennis and Buelah will celebrate their 48th wedding anniversary. Their son Andrew is currently serving in Afghanistan.

Audio produced for Morning Edition by Nadia Reiman. Recorded in partnership with KCUR.