Accessibility links
Movie Titles That Might Have Been Star Beast, The Scar, Tribal Rights of the New Saturday Night: If you saw them, you'd know them, but there's a reason you've never heard of these popular movies. Critic Bob Mondello takes a look at movie titles that fell by the wayside. 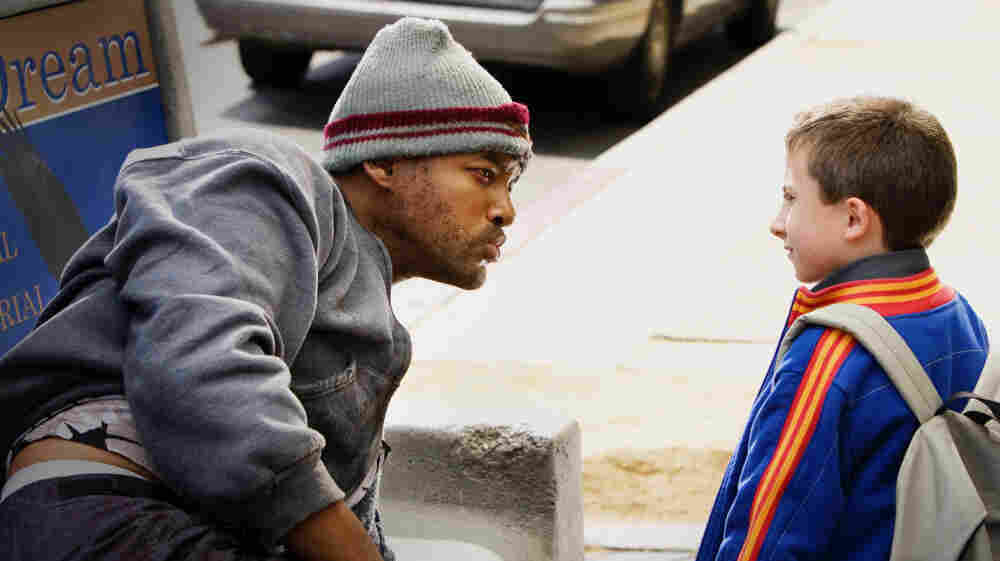 Shrek, Hitch, Gattaca: What's in a name? Shakespeare said a rose by any other name would smell as sweet — but for Hollywood the question is more like, "Would that rose, by any other name, sell as many tickets?"

On a trip to Latin America recently, I saw a theater poster for a musical direct from Broadway called La Novicia Rebelde. Now, I'm pretty good with Broadway titles, but this Spanish one — literally something like The Rebel Nun — wasn't ringing a bell until I saw the credits at the bottom for Rodgers & Hammerstein. Suddenly, I could see a whole flock of nuns singing about how to solve a problema like Maria.

'Sheep,' Shorn: Ridley Scott's Blade Runner, released in 1982, was based on the Philip K. Dick story "Do Androids Dream of Electric Sheep?"

Now, as titles go, The Rebel Nun isn't much like The Sound of Music, but someone clearly decided it would tell Latin American audiences what the show was about — which is, of course, the point of titles, even when translation isn't an issue. Book titles, for instance, often fall by the wayside as projects work their way to the multiplex.

A few years later, test groups thought the title Shoeless Joe suggested a story about a homeless person, so for the screen, that baseball novel got re-christened Field of Dreams.

And anyone want to argue that D.W. Griffith didn't know what he was doing when he called his silent epic about the Deep South The Birth of A Nation? The book it was based on, which glorified the Ku Klux Klan, was titled The Clansman — not quite as universal. Griffith remained conscious of the power of titles, and to atone for the furor the racism in The Birth of A Nation aroused, his next epic was a morality tale that he called Intolerance.

Sometimes, movie projects go into production with dummy titles that no one expects to make it all the way to release. Pretty Woman, the film that made Julia Roberts a star, was originally called Three Thousand, because that's what her call-girl character charged Richard Gere — $3,000 for the night.

And back in the 1990s, there was a script that got shopped around Hollywood with the descriptive but cumbersome moniker "Teenage Sex Comedy That Can Be Made for Under 10 Million Dollars, That Your Reader Will Love But the Executive Will Hate."

The producers ultimately opted for something a little shorter that would highlight the film's most memorable scene: American Pie.

Occasionally name changes don't make much difference. I'm guessing Pixar's The Incredibles would have fared just as well at the box office had it stuck with the original title, The Invincibles. But when a secretary's typo changed the James Bond project Tomorrow Never Lies into Tomorrow Never Dies, I'd say she deserved a raise. And is there any question that the horror film originally called Hunter improved its box-office prospects when producers renamed it Predator?

It's not at all uncommon for horror movies to change titles at the last minute — the beauty-pageant thriller initially called Dairy Queens, for instance, entered the multiplex sounding far more alarming as Drop Dead Gorgeous.

And this doesn't happen only when studios think their films need a little extra oomph. George Lucas famously had a change of heart after the posters were printed for his third Star Wars movie, and revised Revenge of the Jedi to be Return of the Jedi, saying that "revenge" was not a Jedi concept.

And then there's that classic Steven Spielberg hit A Boy's Life. Not ringing any bells? Try putting A Boy's Life into imdb.com, and see what pops up. A bit more commercial, wouldn't you say?