Accessibility links
NewsPoet: Tracy K. Smith Writes The Day In Verse Tracy K. Smith is today's poet in residence at NPR's All Things Considered. She spent the day in the newsroom taking in the sights and sounds, and learning how the show comes together. Then she composed a poem about the day's headlines. 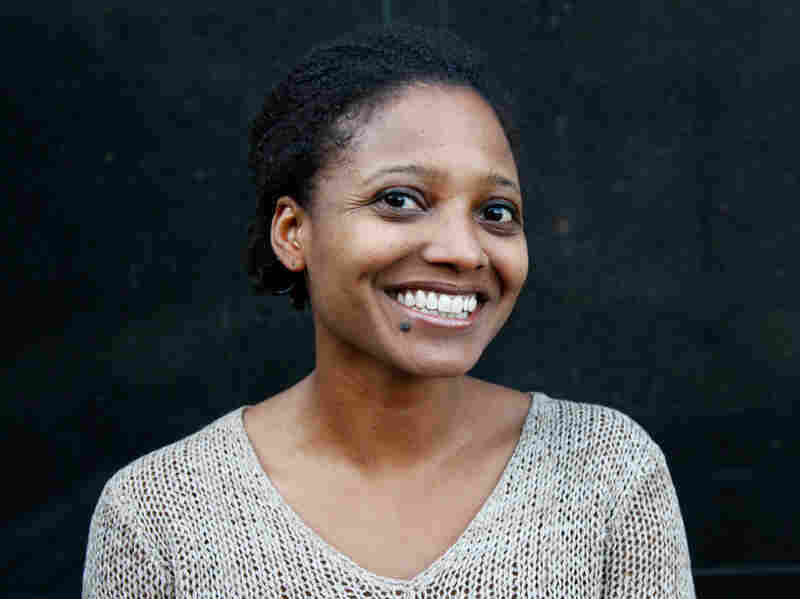 Tracy K. Smith poses for a portrait outside of NPR headquarters in Washington, D.C., on Friday. Mito Habe-Evans/NPR hide caption 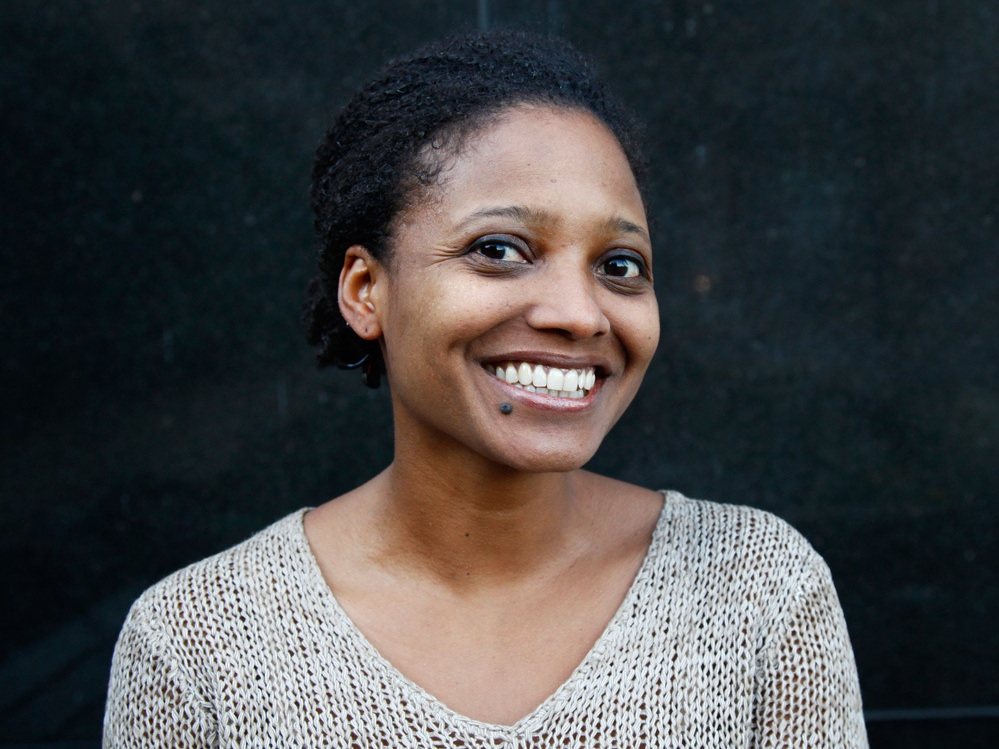 Tracy K. Smith poses for a portrait outside of NPR headquarters in Washington, D.C., on Friday.

Today marks the start of an exciting project at All Things Considered called NewsPoet. Each month we'll be bringing in a poet to spend time in the newsroom — and at the end, to compose a poem reflecting on the day's news.

The first poet to participate is Tracy K. Smith. She has received degrees in English and creative writing from Harvard College, Columbia University, and was a Wallace Stegner Fellow in Poetry at Stanford University. Her latest book of poems is titled Life on Mars.

Smith sat down with All Things Considered's Melissa Block to talk about writing a poem in a hurry. She called the day she spent with NPR's producers "delightful, and a little terrifying."

But reflecting on the headlines isn't exactly a new activity for Smith. In fact, she said she often finds that news events are "things I am thinking about and wrestling with and trying to understand better." And for a poet, there's no better way to do that than to write.

After Bombings, An Exodus From A Nigerian City

Asked where she got the idea for this poem, Smith explained that she came to the morning news meeting at All Things Considered, where she got a preview of the day's stories. Then she sat down to do some background reading. "I just listened to what seemed to rise to the surface for me," she said.

It got easier when she found a point of view that she could identify with: One story by Ofeibea Quist-Arcton — about Nigerians fleeing violence in the north of the country — struck a particular chord. "The sense of individual lives and individual bodies gave me a starting point, Smith explained." Her poem responding to that story is below.

All Things Considered's Newspoet is produced and edited by Ellen Silva with production assistance from Rose Friedman.