Accessibility links
First Listen: Sharon Van Etten, 'Tramp' There's no artifice to Van Etten: With refreshing, unmistakable directness, she sings like a human being who wants more from herself. On Tramp, she finds what she's looking for. 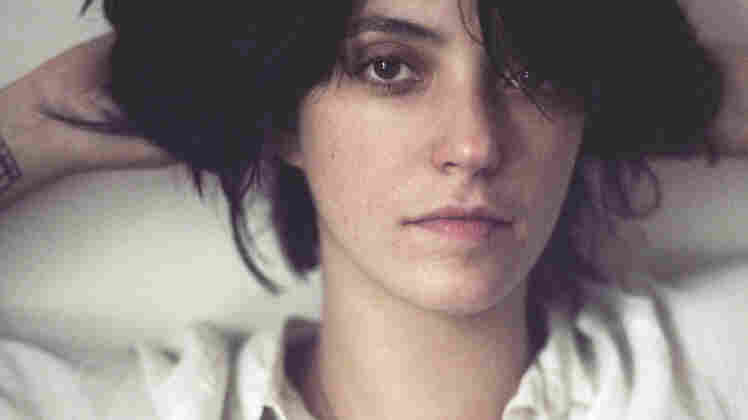 Audio for the First Listen feature is no longer available. The album was released on Feb. 7.

NPR's All Songs Considered recently hosted a live interview with Sharon Van Etten, where she answered listeners' questions and spoke about 'Tramp.' Hear it here:

On her 2009 breakthrough Because I Was in Love, Sharon Van Etten is the embodiment of exposed nerves; the very essence of wounded vulnerability. In that record's best song, "Much More Than That," she lays out her insecurities while laying herself bare: Adorned by little more than a chorus of her own looped voice, Van Etten tentatively recalls tiny romantic gestures as a way of expressing the inexpressible. "One day I'll be a better writer," she sings at one point, as if laying out illustrative details in only a few words weren't already the hallmark of a gifted communicator.

The albums which follow, 2010's epic and the new Tramp, stretch muscles and viscera over those raw nerves. Even when she's conveying disappointment, hurt or longing, Van Etten sounds more assertive and complex these days, aided by the ever-knottier contributions of guest players from The National, Wye Oak, Beirut and The Walkmen. The feathery coos of "Much More Than That" have given way to a tensely argumentative and conflicted sneer in "Serpents," the remarkable first single from Tramp, out Feb. 7. When she sings, "I had a thought that you would take me seriously," her words are smeared with accusation instead of apologies. She says it herself in the song's chorus: "Everyone changes in time." By the time she gets to "All I Can" a few songs later, even her most defensive pronouncements — "I do all I can / We all make mistakes" — ring out with stormy grandiosity that sounds downright triumphant.

To put it mildly, Van Etten wears those changes well. Evolving convincingly before the eyes of the world, she's now both a fearless balladeer and a blood-and-guts rocker, not to mention an increasingly vital and promising live performer. There's no artifice to Sharon Van Etten: With refreshing, unmistakable directness, she sings like a human being who wants more from herself. On Tramp, she finds what she's looking for.