Accessibility links
Off The Record: A Quest For De-Baptism In France A 71-year-old man is fighting to make a formal break with the Catholic Church. He's taken the church to court over its refusal to let him nullify his baptism, and the case could have far-reaching effects. 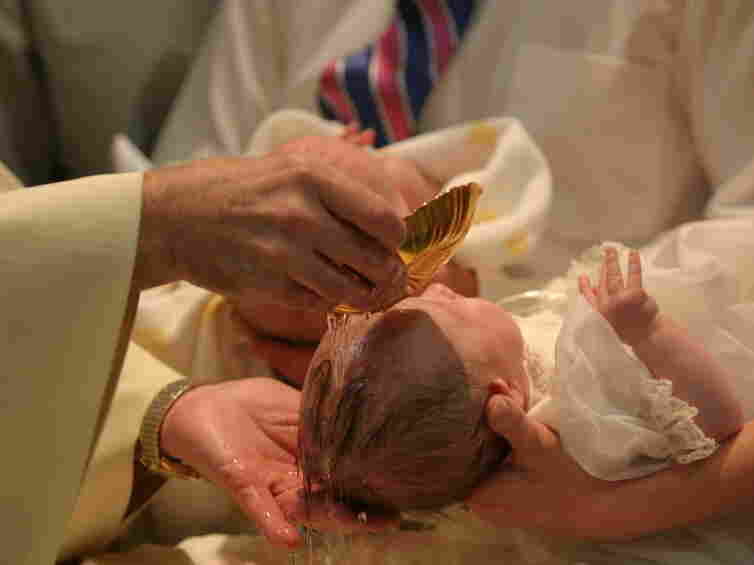 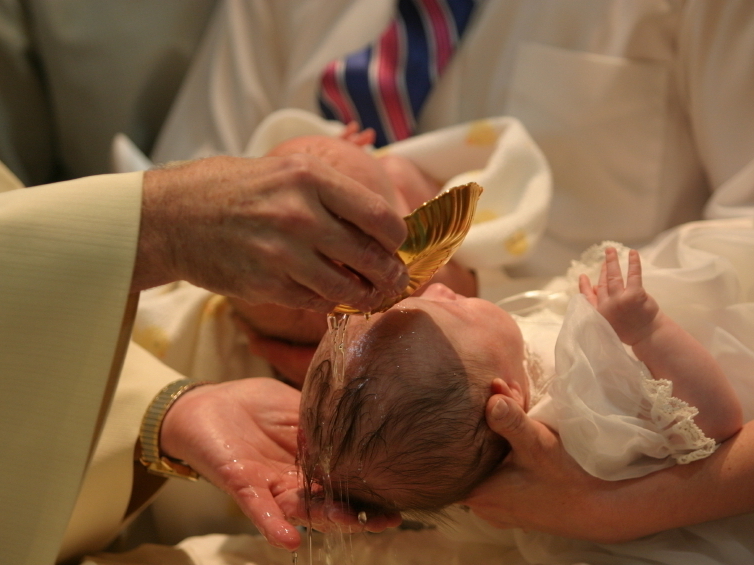 Though marginal, the de-baptism movement is growing, observers say.

In France, an elderly man is fighting to make a formal break with the Catholic Church. He's taken the church to court over its refusal to let him nullify his baptism, in a case that could have far-reaching effects.

Seventy-one-year-old Rene LeBouvier's parents and his brother are buried in a churchyard in the tiny village of Fleury in northwest France. He himself was baptized in the Romanesque stone church and attended mass here as a boy.

LeBouvier says this rural area is still conservative and very Catholic, but nothing like it used to be. Back then, he says, you couldn't even get credit at the bakery if you didn't go to mass every Sunday.

LeBouvier grew up in that world and says his mother once hoped he'd become a priest. But his views began to change in the 1970s, when he was introduced to free thinkers. As he didn't believe in God anymore, he thought it would be more honest to leave the church. So he wrote to his diocese and asked to be un-baptized.

"They sent me a copy of my records, and in the margins next to my name, they wrote that I had chosen to leave the church," he says.

That was in the year 2000. A decade later, LeBouvier wanted to go further. In between were the pedophile scandals and the pope preaching against condoms in AIDS-racked Africa, a position that LeBouvier calls "criminal." Again, he asked the church to strike him from baptismal records. When the priest told him it wasn't possible, he took the church to court.

Last October, a judge in Normandy ruled in his favor. The diocese has since appealed, and the case is pending.

"One can't be de-baptized," says Rev. Robert Kaslyn, dean of the School of Canon Law at the Catholic University of America.

Kaslyn says baptism changes one permanently before the church and God.

French law states that citizens have the right to leave organizations if they wish. Loup Desmond, who has followed the case for the French Catholic newspaper La Croix, says he thinks it could set a legal precedent and open the way for more demands for de-baptism.

"If the justice confirms that the name Rene LeBouvier has to disappear from the books, if it is confirmed, it can be a kind of jurisprudence in France," he says.

Up to now, observers say the de-baptism trend has been marginal, but it's growing. In neighboring Belgium, the Brussels Federation of Friends of Secular Morality reports that 2,000 people asked to be de-baptized in 2010. The newspaper Le Monde estimated that about 1,000 French people a year ask to have their baptisms annulled.

There is much anger across the continent by the recent pedophile scandals. In September, Germans marched to protest the pope's visit.

Christian Weisner, who is with the German branch of the grassroots movement We Are Church, says Europeans still want religion, and they want to believe, but it has become very difficult within the Catholic Church.

Back at the church in Fleury, LeBouvier stands by his parents' grave. When asked if the case has ruined his chances of being buried in the family plot, he says he doesn't have to worry about that. He's donating his body to science.