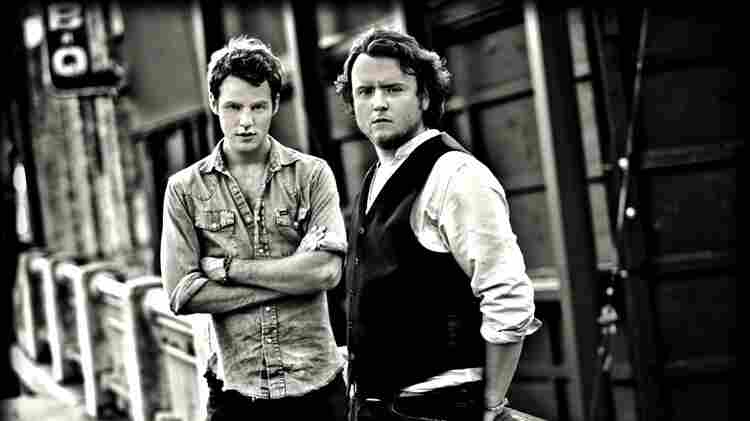 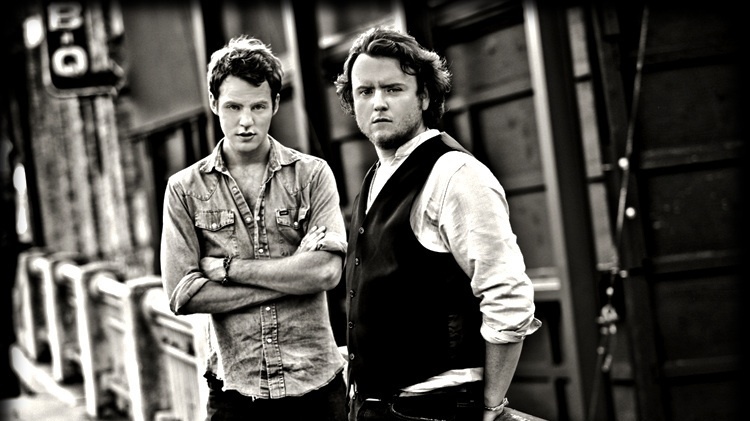 Sons of Fathers' self-titled debut is unmistakably Texan: Bold, powerful and twangy, there's nothing small about it. David Whitbeck and Paul Cauthen met through mutual friends, but started to play together when they realized that they wrote music at the same park on the Blanco River. That was the first of many coincidences. Within days, they'd written "an incredible number of songs," Cauthen says. "We just fall into sockets of harmony naturally."

Sons of Fathers' self-titled debut album explores Whitbeck and Cauthen's country heritage, their religion and the geography of their homeland. Its tried-and-true nature has won comparisons to The Avett Brothers and The Everly Brothers, among others. "Weather Balloons," in particular, showcases Sons of Fathers' stylistic range, as it encompasses everything from crooning to a Texas waltz.

On this episode of World Cafe: Next, hear "Out of Line" and "Weather Balloons" from Sons of Fathers.