Accessibility links
Employees To Face 'Term Limits' At Casino A new casino set to open in Atlantic City has announced it will set term limits for its front-line staff and employees will have to go through the hiring process again. 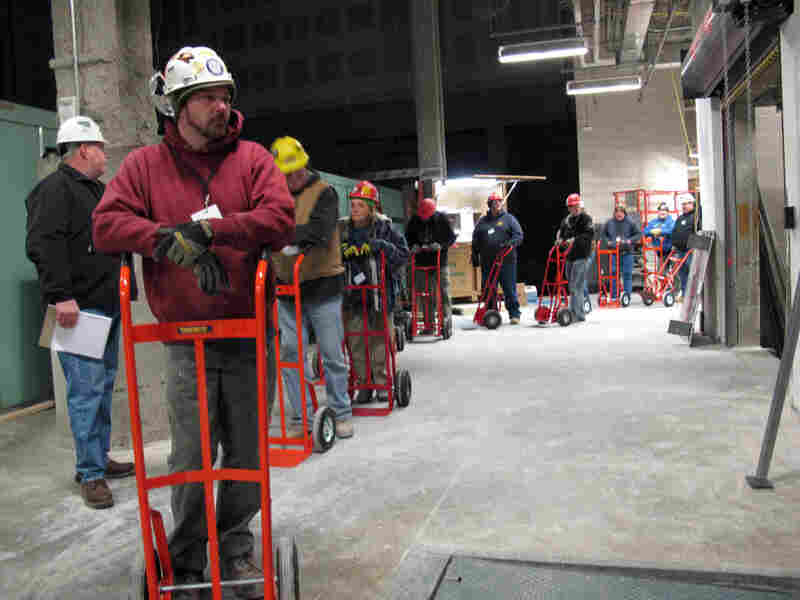 Workers wait to unload slot machines at Revel casino in Atlantic City, N.J. Once the casino is open, some of its front-line employees will face term limits of four to six years, the company says. Wayne Parry/AP hide caption 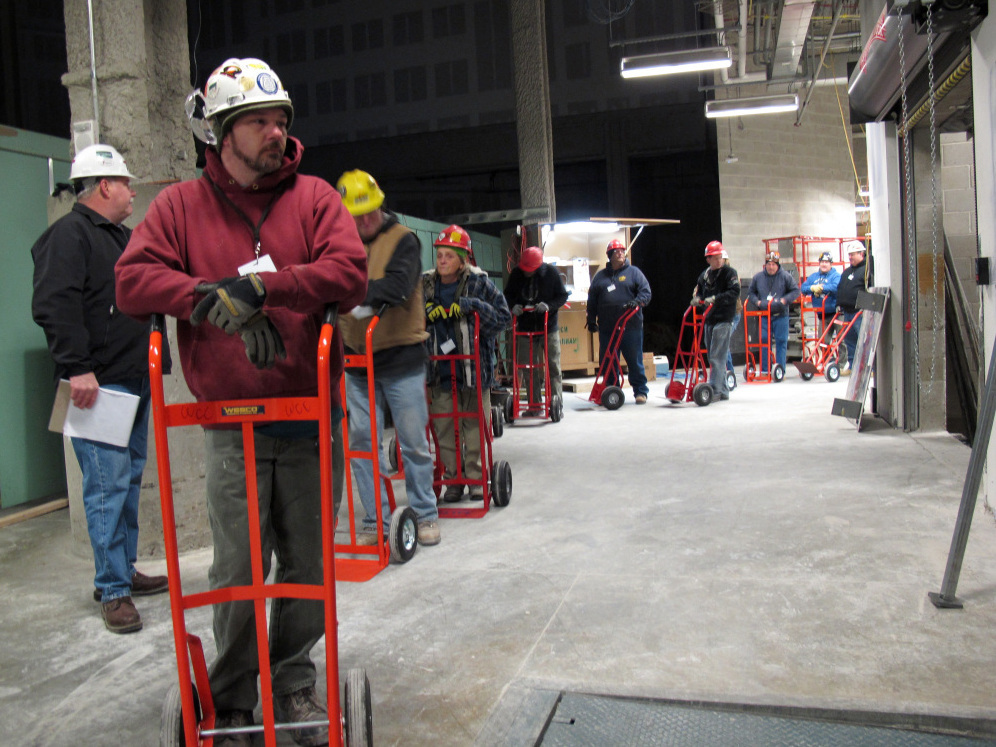 Workers wait to unload slot machines at Revel casino in Atlantic City, N.J. Once the casino is open, some of its front-line employees will face term limits of four to six years, the company says.

A new casino set to open in Atlantic City, N.J., has announced it will set term limits for its front-line staff. When employees' terms run out, they'll have to go through the hiring process again. The casino says the policy will keep its service fresh. Others say the company is taking advantage of a tough job market.

From bellhops to dealers, employees of the new casino — called Revel — will be hired for terms from four to six years. After that, they have to reapply for their jobs and compete against other candidates.

Revel declined to make anyone available for an interview. In a written statement, the company asserts that its employment policy will help it "attract the most highly professional people who are inspired by a highly competitive work environment."

But it's an unusual way to go. Many who work in employment law or advocacy say they've never heard of anything like this before.

"What they've done here is set up a system that puts their good performers through a gauntlet of having to compete with people who have no record of performance," says Alice Ballard, a prominent employment attorney who works out of Philadelphia.

Ballard says anyone can be fired from his or her job. But she thinks the casino's policy is more problematic.

"Why would you take your good performers and put them through that competitive process," she asks, "if you aren't trying to get rid of a good performer for some other reason?" 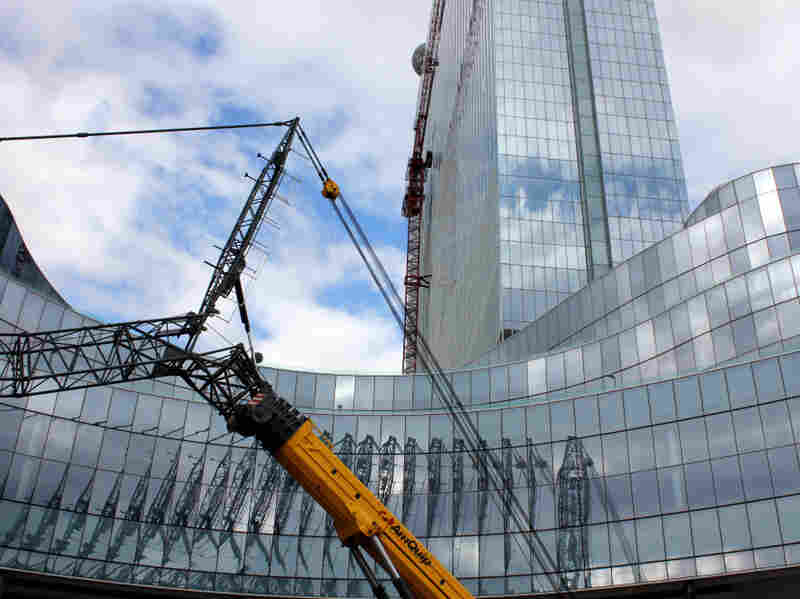 The new Revel casino, which sits along the boardwalk in Atlantic City, has drawn criticism for its employment policies. Emma Jacobs/WHYY hide caption 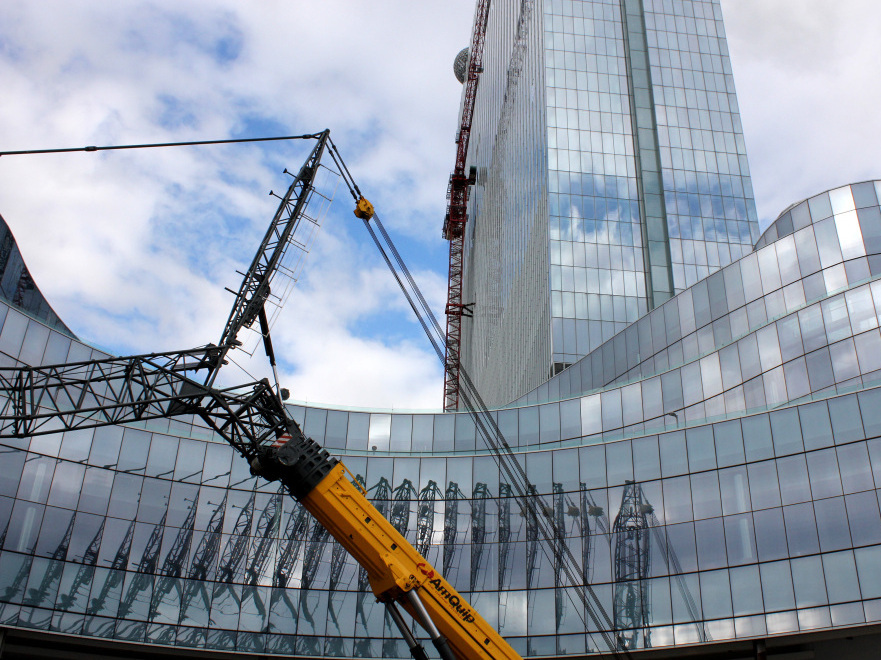 The new Revel casino, which sits along the boardwalk in Atlantic City, has drawn criticism for its employment policies.

Ballard thinks that "other reason" is probably age. To her, this reapplication process looks like a low-profile way for the casino to regularly weed out older employees.

On the other hand, there's a logic to Revel's thinking, according to Brian Tyrrell, a professor of hospitality management at Stockton College in New Jersey. To make his point, he quotes a famous hotel executive.

"I think it was Hilton who talks about 1,000 points of contact with the guest, and how that is what the guest remembers, in terms of the service delivery experience," Tyrrell says. "They want to have a high degree of control over that."

Tyrrell thinks the reapplication policy will motivate people to move up in the company — because management positions won't require people to reapply. He also says Atlantic City desperately needs new jobs, and the employment insecurity imposed by Revel may be a price worth paying.

Atlantic City casino employee Jeff Payne sits in the living room of the comfortable house he bought with his earnings. He has been with Caesars for 23 years. Now, he serves drinks in the high-roller lounge.

"How can you buy a car if you don't know you're going to have a job?" Payne asks. "You want to refinance your home; you want to buy a home. I mean, these have always been decent jobs, good-paying jobs, sustaining jobs. But my concern is, you get this job — and then you have no job security."

Payne, a union member, says the new jobs aren't what were promised when gaming came to Atlantic City.

But a lot of people laid off from casinos in Atlantic City in the past few years still haven't found work. He says that even with Revel's tough hiring policy, those people probably will apply.